The story is as in-depth as the first game, though a bit shorter in length. Little decisions can have big consequences further down the line. Who should live and who should die? Stealth or blood-bath? Scold or romance?

The story itself is fairly linear though; there are certain key events that will happen, regardless of choice, but how those events unfold is up to you. It’s fair to say that replay value is very high. After playing through the entire game, there were a number of places I left unexplored due to a lack of keys, people left unfound and quests incomplete.

After completing the game once, I suddenly had the urge to try a few things out and started the game all over again, choosing different dialogue options and actions as I went. Needless to say, the events did not unfold the same way as with my first playthrough. Of course, I was still confined to the same and familiar locations, but now with different goals. 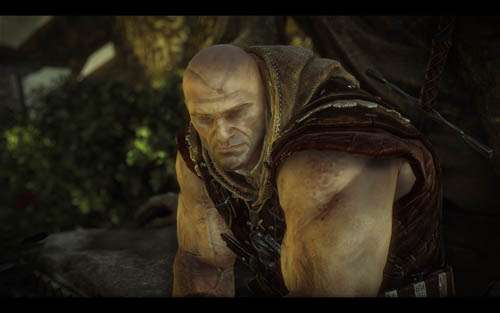 A number of things did become apparent, the odd easter egg left laying around, and a surprising nod every now and then to some of Bioware’s creations. Those familiar with Mass Effect may notice certain events transpire in a similar fashion. This is by no means a sign of resignation to originality; it fits and it works well. The game has its own lore and matches the mechanics accordingly. 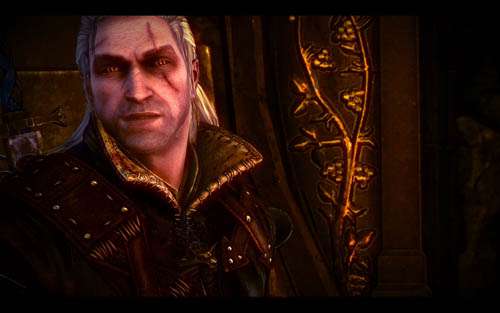 Of course, The Witcher 2 like any other modern RPG, could not be complete without a little romance thrown in – albeit a little more graphic. Opportunities are provided and it’s up to you to take advantage of them. Should you do so, be sure friends and family are present to bathe you in embarrassment.

Admittedly, some may take offense to the casual attitude towards sex and the pornographic display, which is understandable, but not all acts are there for the benefit of hormonal offspring; both story and character development progress, often with some light-hearted humor thrown in for good measure. While for the most part we are still caught within a simple attitude towards romance in games, things are slowly progressing and it’s nice to see developers becoming more indulgent with stories without shying away from sex. 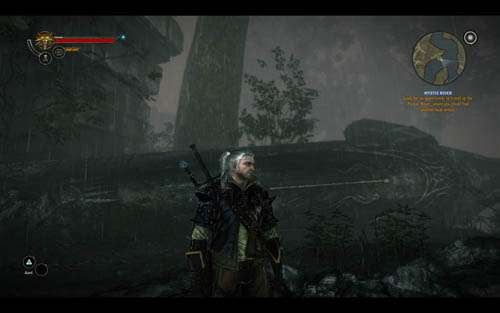 There is no shortage of ambiance or atmosphere either. Rain has moved on from an overlay of scrolling white lines, to a complex shader, distorting the image as it passes over the screen. Water looks like water, mud is… muddy. While the bloom lighting can be a little overpowering in places, it’s tastefully done for the most part. The forests can be a frightening place as not only can you become lost quite easily, but you never know when something will crawl out from the bushes. Stonework is equally detailed and makes you want to run your fingers across it.

The music is unique to say the least, playing tunes familiar to the original. Everything fits the mood as it’s played. Many of the sound effects are of a generic variety though and can clash somewhat with certain actions. The dialogue is a mixed bag, certain characters perform very well, namely the leads, while others can be rather bland. The world is however, filled with a lively variety of accents, from a cliche brummy, enraged and sometimes articulate Scotsman, to Irish and Welsh. Humor runs rife between certain individuals, stories told around campfires and classic one-liners exclaimed by a beaten Dwarf. 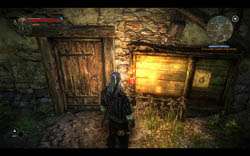 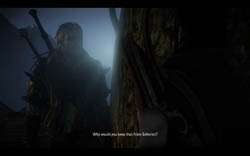 The original Witcher proved to be quite the success story and out-of-the-blue, as little known Polish developer, CD Projekt RED, introduced us to a very elaborate world based around Geralt, a monster slayer. With no memory of his past, players had the opportunity to explore and immerse themselves within the world as Geralt learnt to stand on his own two feet.

The Witcher 2: Assassins of Kings continues within this world, building upon it, and without a doubt, becomes a very worthy successor. While there be a few bugs to quash, they remain no more than a dull stain to wipe off from an otherwise very well polished game. I do recommend you to play the original first, less you remain bewildered for the better part of the story.

To give a game an arbitrary number as a score at this point would seem a disservice; how does one discern the difference between two numbers that are a mere 3 apart? Until a better system is found, we shall stick to numbers. The game is not perfect, but it’s pretty damn close. With that, I grant The The Witcher 2: Assassins of Kings a score of 95/100.

Why is it 5 down? Bugs, to put it simply, from little sound glitches, NPCs disappearing or unresponsive when you reload a game, lots of little things which can be fixed. An extraordinarily fun game and excellent story, most certainly a game of the year contender.