It’s not often that I tinker with storage during my day-to-day work here at Techgage, but I’m pretty pumped that I’ve been given the nod to test out the Thecus N2560 NAS. It’s geared more toward small office/home office (SOHO) users, and since I’ve been eyeing a NAS myself for some time, this gives me a chance to do a bit of research as well.

The N2560 boasts some impressive hardware on the inside consisting of a 1.6GHz dual-core Intel Atom SoC CE5335, and 2GB of DDR3 memory. It supports two hard drives, and allows for JBOD, RAID 0, or RAID 1.

Starting off with a quick overall look at the all-white N2560, the front, top, and side panels are made of plastic, which might throw a few people off, but it still feels quite solid. There’s a small vent on the top panel to allow for some air circulation, a flip-open front door that hinges on the left side, and an illuminated Thecus logo on the left side panel. 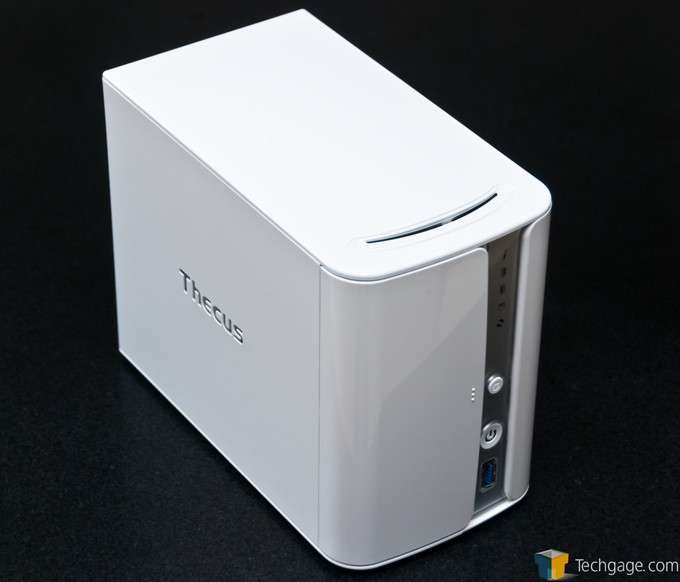 Aside from the door, the front of the N2560 consists of a silver accent that holds the drive activity, LAN, and USB LEDs, the USB copy button to transfer files directly from a USB drive to the NAS, and a single USB 3.0 port. 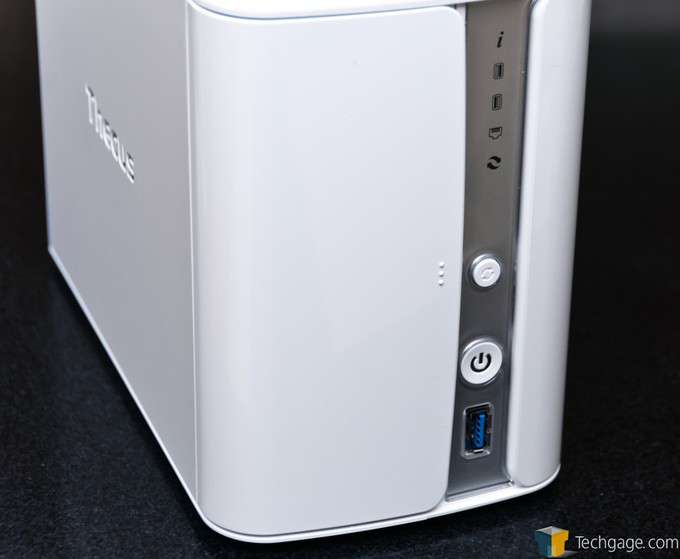 Pushing in on the right edge of the door causes it to flip open revealing the two drive bays and the release buttons at the bottom. 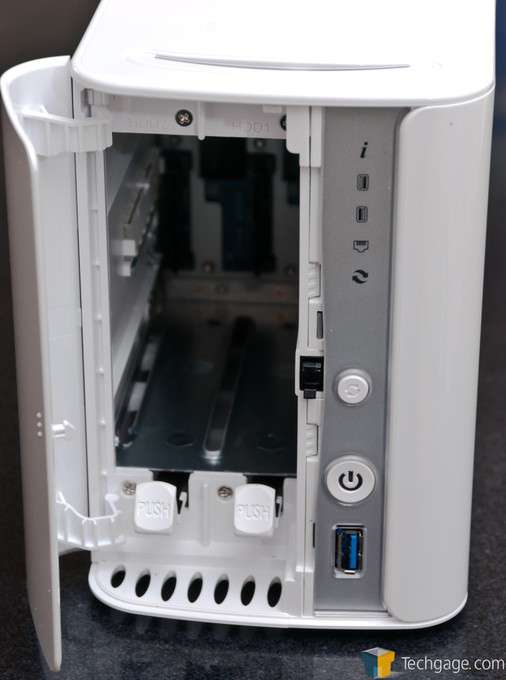 A large portion of the metal rear panel is taken up by a 120mm fan to handle active cooling duties. Sitting next to an optical audio port is an HDMI port that can handle audio as well as video, and just to the right of that is a recessed reset button to return the network settings and administrator password to the default values. Rounding out the back is a single gigabit LAN port, two USB 2.0 ports, and the port to connect the power adapter. 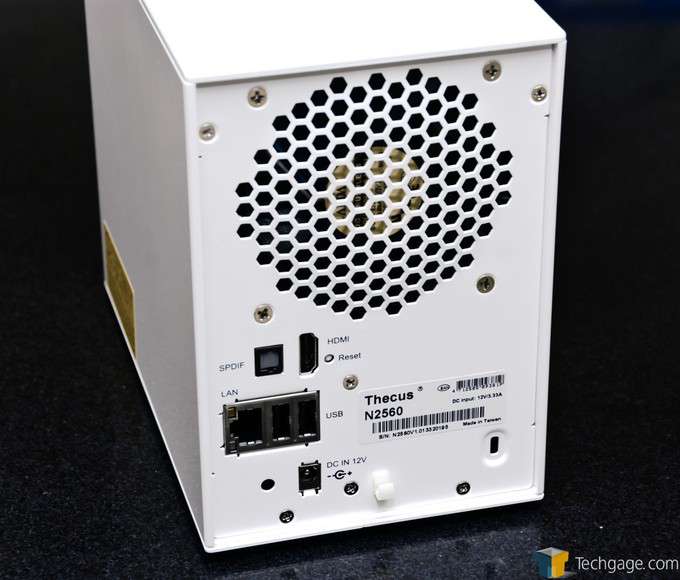 Included with the N2560 is an assortment of documentation such as a quick installation guide and warranty card. There’s a disk that contains the Intelligent NAS software and Acronis True Image Personal, the latter of which has a key for the full version as well as Twonky Media Server included on the envelope. Also included are two sets of drive rails, a couple of zip ties, the power adapter, and a Cat-5 cable. 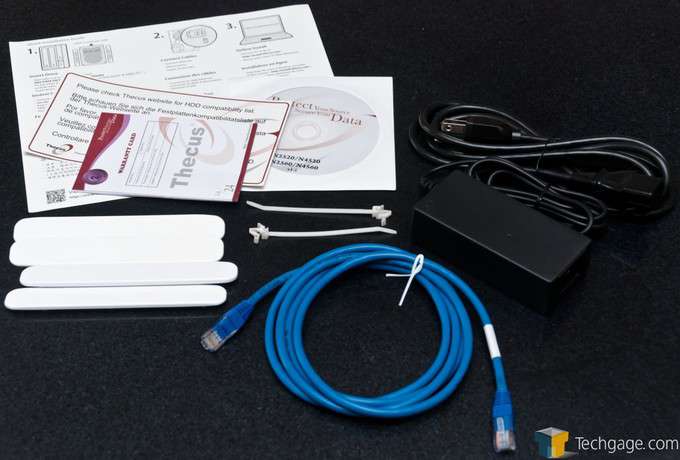 So far the N2560 is looking fairly robust with regards to specs, but with a basic storage setup. Next we take a peek at the software, which could be a make or break point if it makes administration a nightmare.