Let’s take a stroll through the case to see what it offers.

First we have some slot openings… nothing new here. However, Tt makes it incredibly easy to remove and add a new card. Simply flip the green tab and remove the card, or push it down to secure it. On the other side though, in order to remove the actual metal blocker, you will need to grab a flathead screwdriver and pull the bottom piece in order to remove it. This is to assure that the metal blockers will not “fall” out when moving the case I suppose. 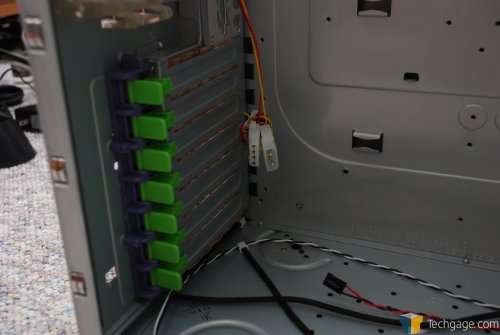 Up top we have the large blue LED 120 fan, and also the motherboard guard. If you, like me, always remove this, it’s a simple two screws away. Most cases allow you to simply pop it out, but not here. You would hurt yourself, as it’s nearly impossible without unscrewing it first. 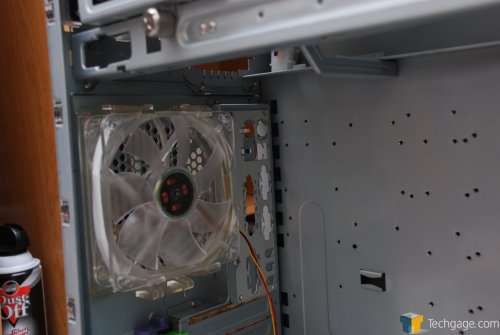 The slots for the CD-Roms are of interest, because this is by far the easiest method I have seen. Simply grab a hold of both tabs to lift the piece of plastic up, insert your device, and secure the plastic piece again. Simple, and secure. 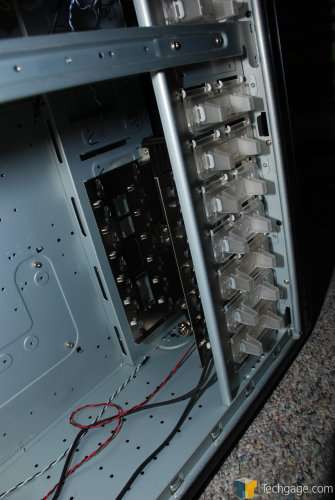 The bottom six slots allow for 6 hard drives, which would be slid into the chrome bracket. This is used somewhat as a dampening device, as the drives would not be touching your case directly. 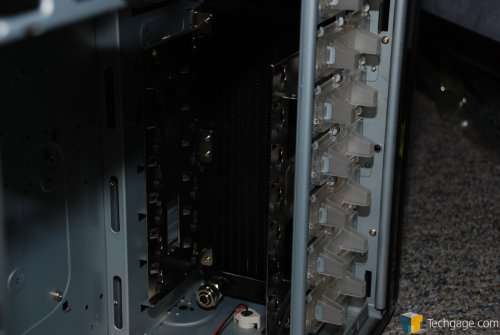 It’s hard to capture on camera, but behind this chrome plate is the radiator… long enough to handle dual 120mm fans. The outtake and intakes are at the very bottom.

The case gets more interesting near where you would normally place your power supply. Instead of installing your PSU horizontally, you install it vertically, and to the left side. To the right of it is where you can install up to three hard drives. Behind these hard drives is the 80mm exhaust fan that we seen earlier. If you run incredibly hot drives, such as the 750GB Seagates, you may be able to turn this fan around in order to cool them quicker. Depending on your airflow setup, that may defeat the purpose. However, by default it will be used as an exhaust. 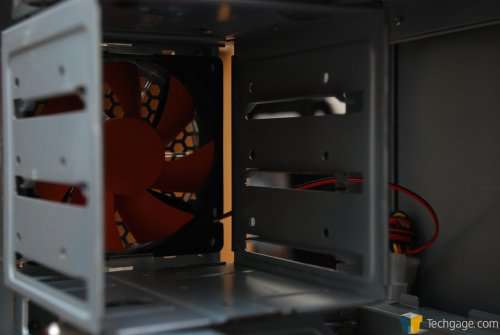 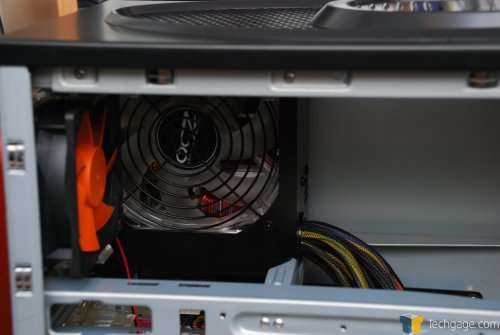 Here, in all of it’s glory, are the water cooling related contents. We have the pump and tank, two bottles of coolant, the block, tubes and all of the required screws. 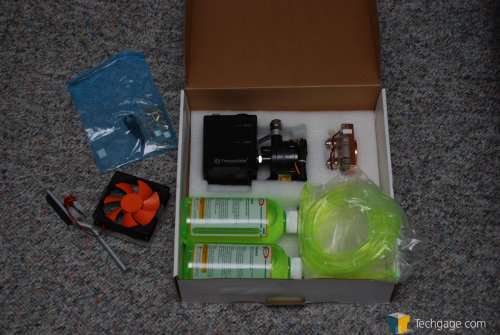