The tank is a simple design, but again it works. It swivels so that you can position the tank to lay down rather than stand up. That would be a little difficult though, as I will get into shortly. 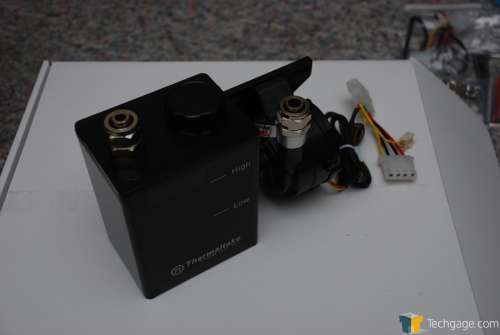 Time to make the first attachment: 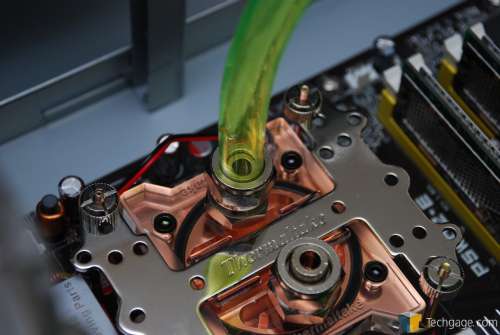 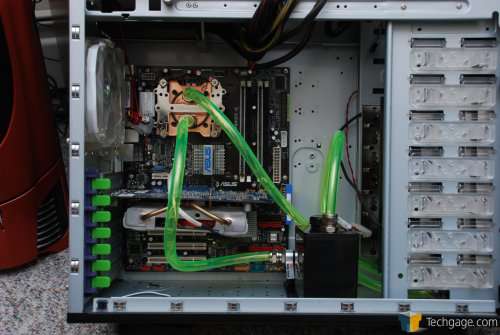 Really, what you see is what you get. This is the recommended setup according to the manual, and it makes perfect sense. Overall the installation was a breeze, but there were a few instances where I scratched my head.

It’s hard to capture the fact with an image, but note where the tank is sitting. According to the manual, and common sense, thats where it belongs. However, they mention in the manual that you need to screw it into place, and seeing that the base of the tower is loaded with holes, this shouldn’t be a problem. But it was.

Regardless of where the tank was sitting, it could not align with more than one of the holes at a time. If the tank was installed on an angle it would be no problem, but that’s just plain odd. I fiddled with this for literally 15 minutes, and there was just no simple way to align more than one hole at once. So needless to say, the tank is being held there by a single screw. 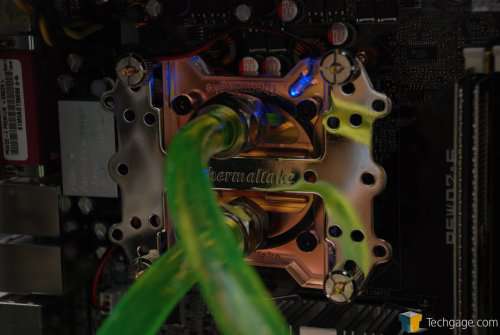 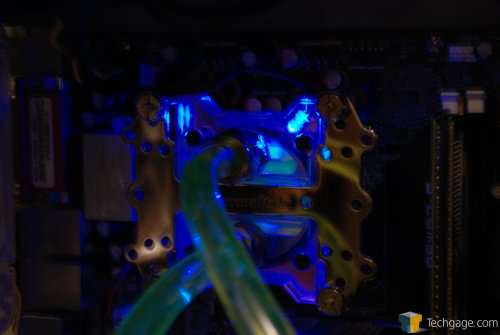 Another small problem was the fact that the rad is so close to the tank, it was difficult to properly place the tube that runs directly from the rad to the tank. It may be common sense, but you do -not- want to install the tank until you route the tubes properly. Once mounted, you will not be able to reach in behind to secure the tube to the rad. That was the only problem with mounting the tubes though… so nothing major.

All those troubles aside, installation was a sinch really. My biggest problem was finding room all of the cables from the power supply. But luckily, there is a hidden compartment at the very top of the case where some of them could fit, so I was in luck there.