Thermaltake has a large number of chassis lines, but it’s time to welcome another: Chaser. The first model, MK-1, features a bold, gamer-esque design and borrows many cues from the Level 10 GT. It features an HDD dock, a headphone holder, and tons of cooling capacity. At $150, is this a full-tower that should top your list?

There are some cases that I have worked in where things have gone awry from the start. Some are so bad that half way through the build I find myself wishing that everything was finished and I could move on. Then there are cases like the Chaser MK-1 that does everything right – and I’m a little bit sorry to see the build finished.

Absolutely everything went beautifully and since this is a full-tower case there was more than enough room to work. From the power supply to the motherboard to the GPU, I couldn’t find a single thing that didn’t line up or could be done better. The hard drive trays and optical drives lock in place solidly, all of the top panel cables were long enough to reach the headers and the build ended up being just as fast and easy as the one in the Level 10 GT.

Normally I show each component installed individually but I’m going to change things up a bit moving forward and show only unique or interesting features, something that is just plain cool or problem areas that were found during the installation. The first part I want to show is the adjustable power supply brace. Even for those with longer power supplies there should be no compatibility or clearance issues. 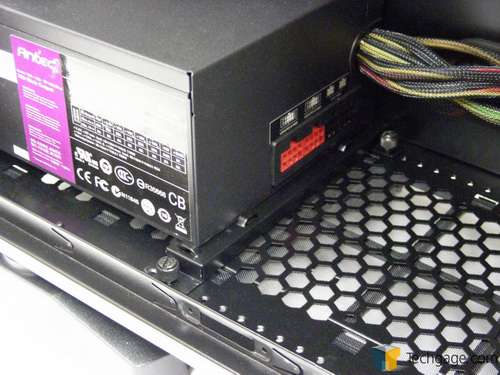 The second part is the hot swap bay on top, which worked like a charm. A test drive was inserted and was immediately picked up by the OS, which was installed after the SATA mode was set to AHCI in the BIOS. 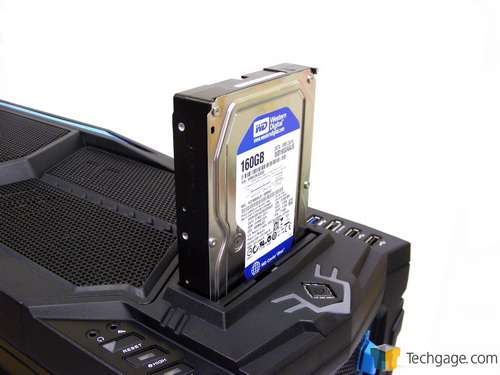 The rest is standard fare for those who are used to building systems, so let’s jump forward to the final shots of what most should expect to see once the build is complete. 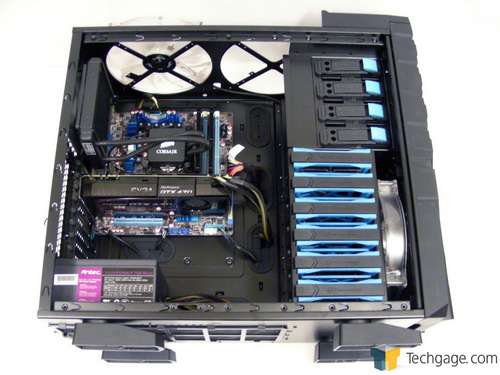 The back of the motherboard tray looks quite messy, and I’ll admit that I didn’t take as much time as I could have to tie the cables up nice and tight. Most of the cables were stashed behind the drive trays but this will not cause any issues with airflow and ended up being necessary in order for the side panel to go on due to the limited space between it and the motherboard tray. 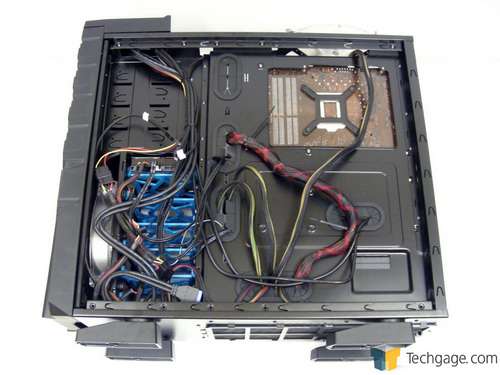 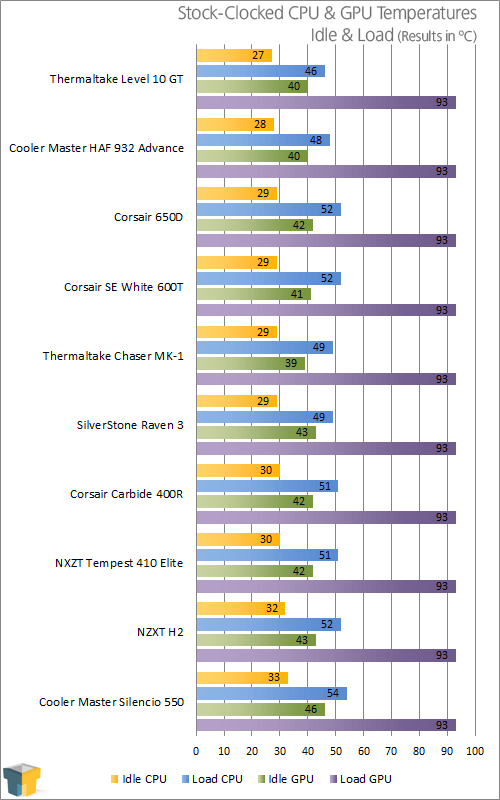 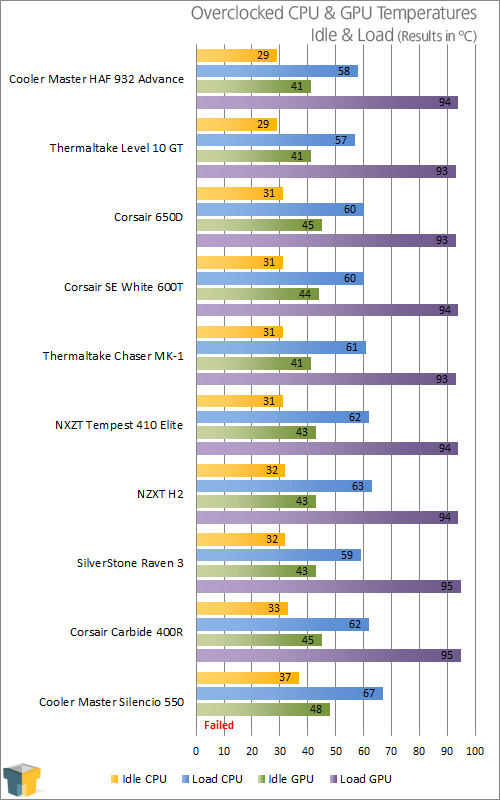 Even though the Chaser MK-1 finished a little bit back, it was able to keep the CPU of our test system within 4 degrees of the Level 10 GT and 3 degrees of the Cooler Master HAF 932 Advanced – but with only 2 fans installed, not including the fan on the Corsair H60. GPU temperatures were pretty much in line with the rest of the pack but throw in another 200mm fan on the side panel or, dare I say it, one in each open spot and you’d have a cooling power house.

Larger fans run at lower RPMs, meaning less noise is normally added to the system, and these ones are no different even while running at the maximum speed. Only the sound of rushing air could be heard aside from the fan on the H60 that runs at 100% all the time.

Being able to control the colour of the LEDs on the two 200mm fans is a nice touch as well, although having red or green LEDs with blue accents looks a little bit silly to me.

With loads of features, good cooling and enough eye candy for those who want it, this review is in the bag.