The Kandalf is virtually an Armor with some additions, but are these additions worth the extra cash? We are also taking a look at the new A2400 with 250mm fan to see if it improves on the original.

You put a lot of time and effort into building your PC. Why not show it off?

The modding community started by putting windows in their PC cases and now those same ideas are implemented in a good majority of gaming cases sold today. This is nice but what good is a window in a PC if there isn’t room enough for all your components that you have chosen to build your PC with?

I personally have a pair of video cards, a pair of hard drives and more UV reactive pieces than a dorm room stoner. All this is cooled by a Danger Den water cooling setup and by God; I want to be able to see all this goodness.

With all this hardware, I personally prefer a larger case that allows me the room I need to properly install the hardware and route the cables as needed. All of this can, and has, been done in smaller cases but for me, I like to have that room. One case that comes to mind when I was looking for a new case was the Thermaltake Armor which we reviewed back in April. When doing some research, I found out that Thermaltake just released a new case, based on the Armor… called the Kandalf. The Kandalf appears to be the exact same as the Armor but with a different front. Will this different face prove to be better or is there more difference than just the front of the case? Let’s find out’

The packaging of the Kandalf is what you would expect from Thermaltake. The box is bright and full of relevant information, as you can see in the following pictures. 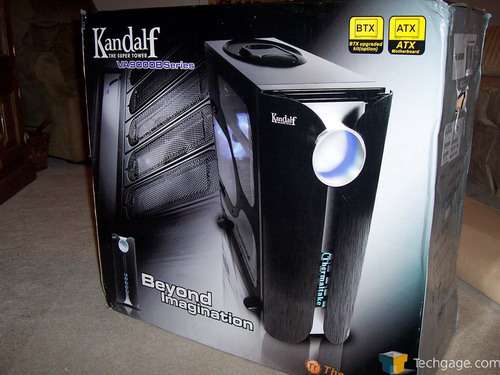 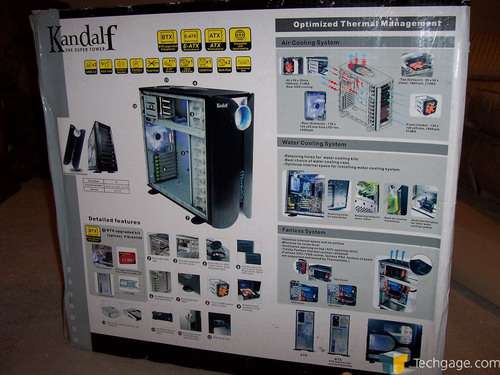 The Kandalf comes packaged in a thick styrofoam packing and has a fabric cover to protect against scratches that might occur during shipping. 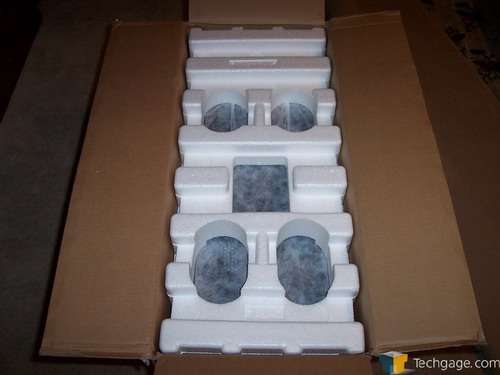 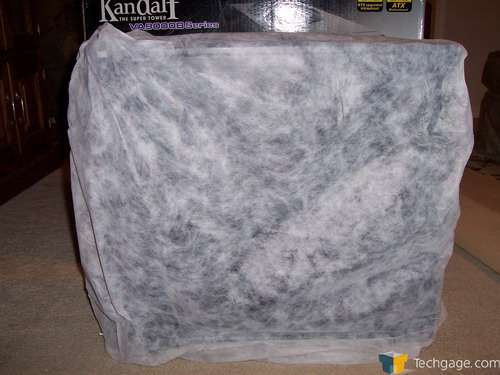 Once out of the box, we see the front of the Kandalf in all its glory. The concept is the same as the Armor in which you have the sides fold out. 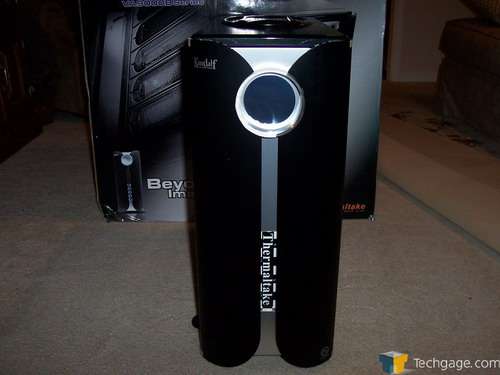 The front of the Kandalf is interesting to say the least but I like it. I don’t know about the Thermaltake logo on the bottom but we will see. Perhaps it will grow on me, who knows.

Once opened up, we see that the Kandalf also shares its front with the Armor. There are the same amount of bays and the little storage compartment is included as well. 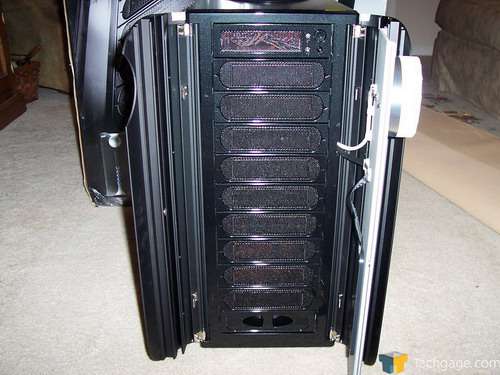 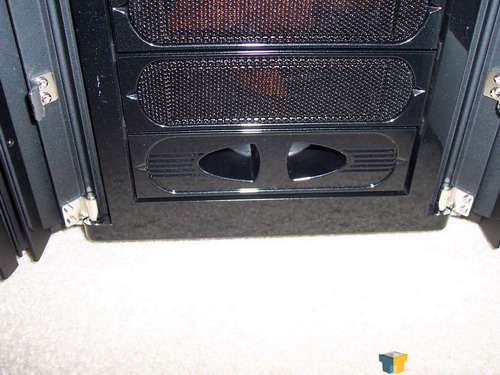 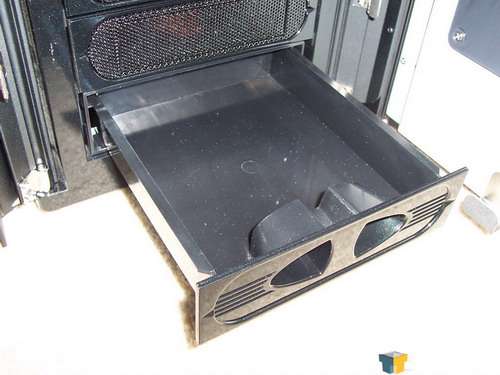