When Thermaltake released its Level 10 chassis, it was unique in both its design and price-point – the latter of which kept it out of the hands of the regular enthusiast. Enter the Level 10 GT, a ~$270 variant that retains much of the aesthetic appeal of the original, but is easier to build with and has other cool features added to boot.

As mentioned before, the left panel must be unlocked and then the release button on the underside of the case pressed. This disengages the latch mechanism and the door swings open where it can be lifted away. 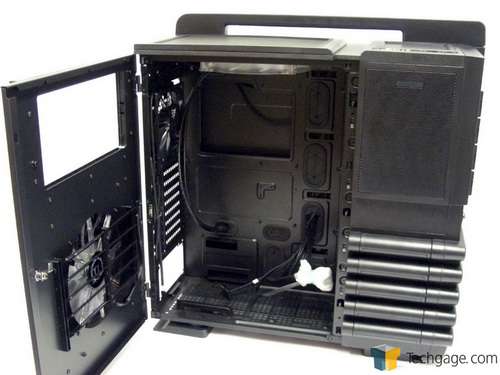 On the inside of the door is one of the 200mm fans and the adjustable vent as well as the metal contact pads the provide power to the fan. The vent is controlled by the lever on the outside of the door while the contact pads allow the fan to draw power without the need for pesky cables. 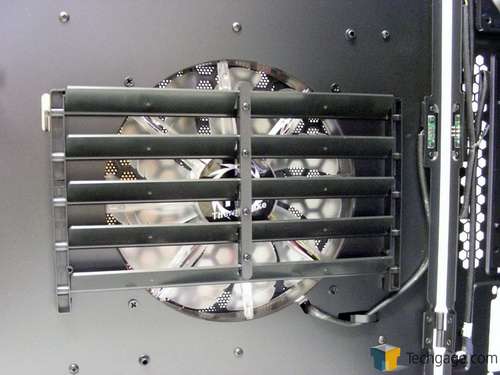 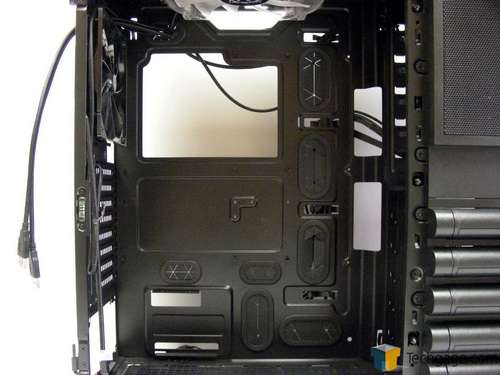 The bottom of the case has the openings for the extra 120mm fan and power supply. The power supply rests on three braces that lift it up to allow for extra air to be drawn in. 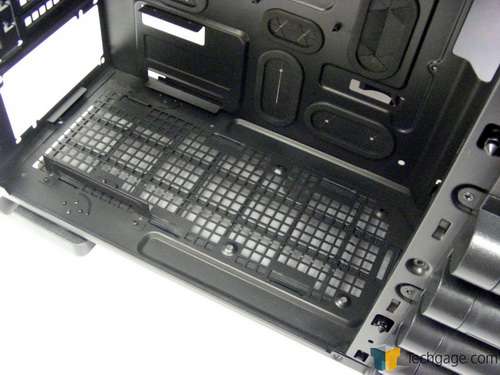 On the back inside panel is everything that can be found from the outside. Again, the PCI slots have the thumbscrews on the outside and we get to see the USB cables routed through one of the holes near the top along with a good view of one half of the metal contact pad used to power the side fan. 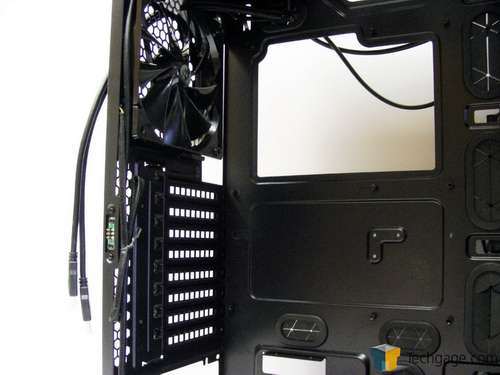 On the top is one of the 200mm fans with the mounting points for the 240mm radiator faintly visible. Aside from that, there isn’t much to see. 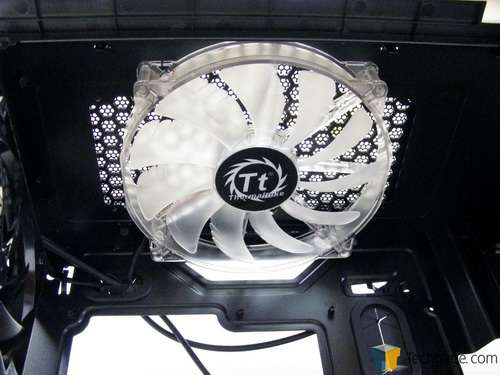 On the back of the motherboard tray are a ton of wires. All of the top and front panel wires and cables are routed through here as are the connections for the hard drive bays, fan leads and extra power leads for the fan controller. Instead of the typical metal loops where zip ties can be used, there are metal fingers built into the motherboard tray and are capable of holding a large number of wires tight. 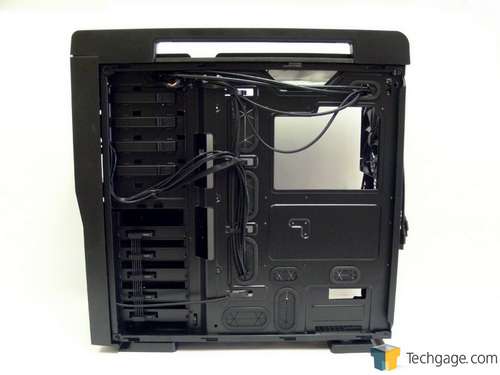 At the top front are the locking mechanisms for the 5.25″ drives, which can be opened easily by pulling back. Once the drive is in place it will click and then the lock can be pushed forward. 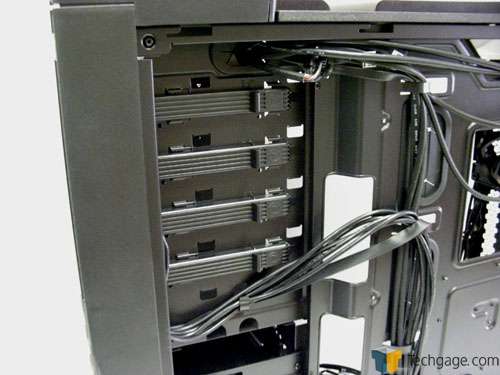 Below this are the power connections for the 3.5″ or 2.5″ hot swap drive bays. As if having hot swap capability for all drives isn’t enough, one cable is used to power all of the drives and will help cut down on clutter a bit since most power supplies normally allow for only three drives to be powered per lead. 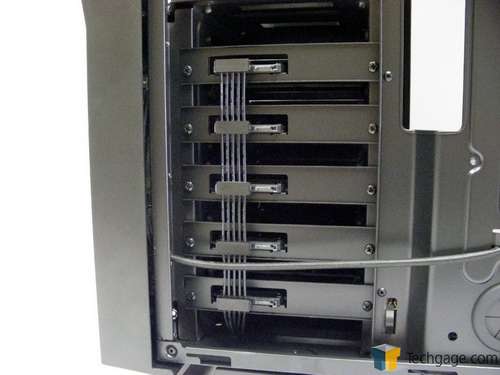 Thermaltake has included a nice bundle of hardware that starts off with a 4 or 8-pin 12V cable extension to help those with shorter power leads reach the cable management area in the top left corner of the motherboard tray. There is also a speaker, the user manual and a product brochure, the headset hanger, four reusable cable ties and a set of keys that can be used on both locks. 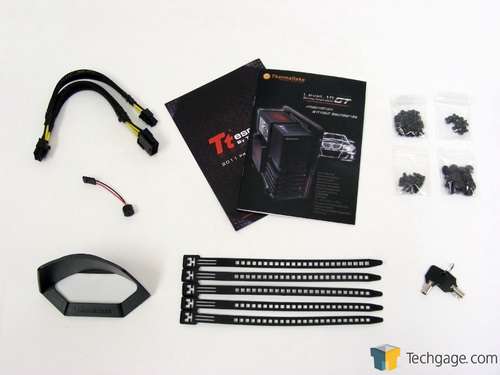 I’m pretty sure the kitchen sink is in there somewhere but it will have to wait. I’ve been wanting to throw some gear in this case for far too long so let’s get to it.