Deciding on the right case to buy is a very personal decision. How big should it be? What cooling system do I want to use? What features do I need? What color should I get? These arenâ€™t questions anyone can answer for you. However, we can try to guide you to making the best choice.

While looks are subjective, cooling, noise, and usability certainly arenâ€™t. Every case has strengths and likewise, flaws. If youâ€™re looking for the perfect case with all the bells and whistles and looks to top it off, you probably arenâ€™t going to have much luck. Unless you can make your own from scratch, youâ€™re going to have to make some scarifies.

That being said, weâ€™re not living in an age where enthusiasts are ashamed to have their rig sitting on their desk. You can buy stylish and flashy cases without breaking the bank. Innovation has transformed the way components are made to how computers are built. Newer features have made it easier enough for pretty much anyone to buy their own parts off the shelf and put together something that works, something we can all value.

Thermaltake is a company that has been around for a long time. They are probably best known for their cooling solutions power supplies, but the companyâ€™s no stranger when it comes to quality PC enclosures. Recently, the company has had success with products from their Tsunami and Armor series, so naturally the company hopes to achieve success with their new Soprano DX chassis.

This case seems to bring a good amount of features to the table, and it looks great on paper, so letâ€™s so how it performs.

The Soprano shipped bare with only a box showcasing the product. The front simply states the productâ€™s features with the case in the foreground. I would have liked to have the case shipped by a different method, such as a box within a box, but the packaging manages to suffice. The overall packaging protection will depend more on the retailer than the manufacturer. 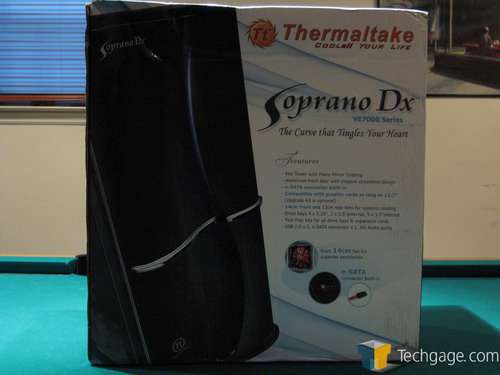 The other two sides of the box show the two models. The only difference is the absence of a clear side window on the VE7000BNS model. With the inclusion of the window and windowless models, the case can be purchased in black and silver colors. 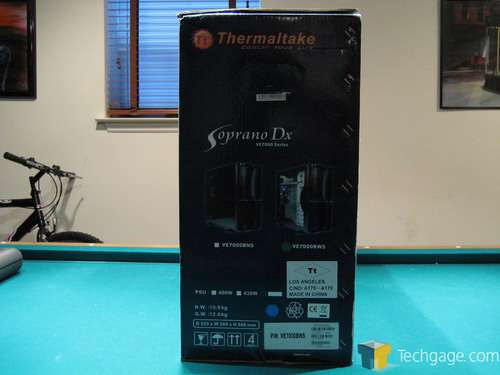 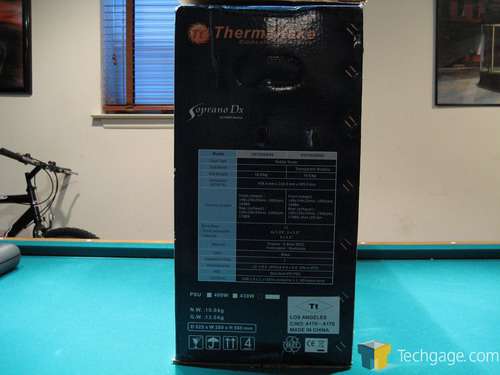 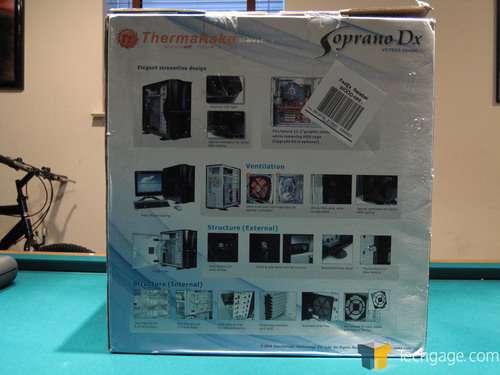 Once I had the case in front of me, I was astounded by how big it was. The chassis measures 18.82 inches tall by 8.27 inches wide, making it larger than a lot of other mid tower cases, and certainly larger than most modern cases Iâ€™ve come across. Once itâ€™s dragged out of the box, youâ€™ll have a hefty amount of tape and wrapping to peel off, which did a nice job of preventing scuffs and scratches.

A box with screws, motherboard stand-offs and manual were also included in the package, but there were no other extras. 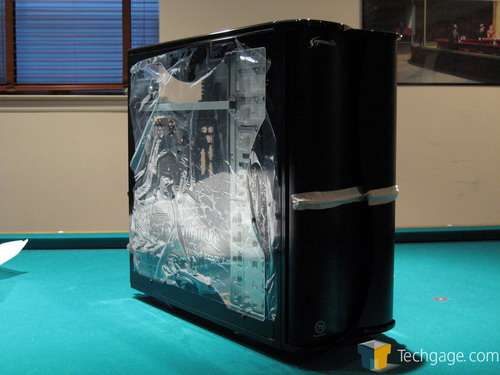 The entire exterior of the case, excluding the side with the window and top of the case, is made up of aluminum. The window takes up most of the space on itâ€™s side anyway, so it detracts from any complaint I wouldâ€™ve had against it. In my opinion, this is a welcome improvement over some of the cheaper cases you may come across that only have a metal door or front bezel, leaving the rest of the case with plastic. This does add some weight, but it can provide better cooling and a superior build quality than plastic ever would. 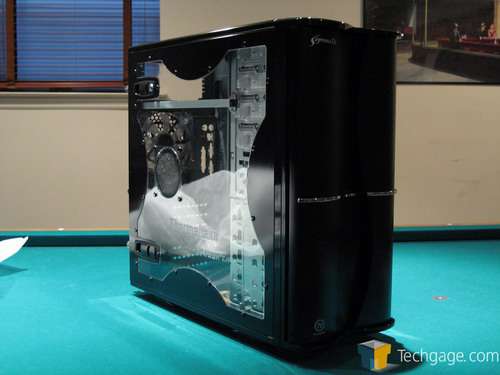 You might be disappointed once you open the front door, because the bezel and drive bays are in fact plastic, but it wonâ€™t spoil the rest of the look if you leave the door closed. Two features that are worth noting include the metal hinges, which should last much longer than plastic would in other cases, and the magnet holding the front door in place in the closed position (which is weak enough to prevent any harm to any components). 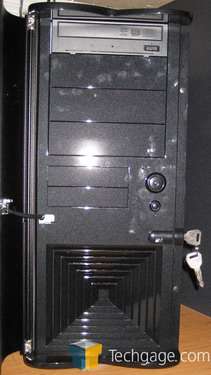 The side window has a mount for a 120mm fan that was left unoccupied. 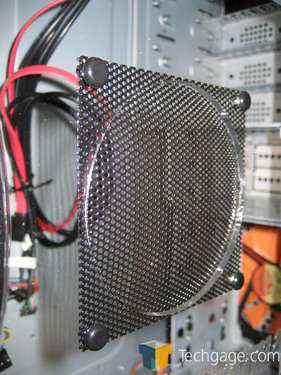 The only notable feature on the caseâ€™s backside is the 120mm fan that Thermaltake supplies with a blue LED. Thereâ€™s a hole for a power supply on top and seven expansion slots, pretty much what weâ€™ve come to expect. 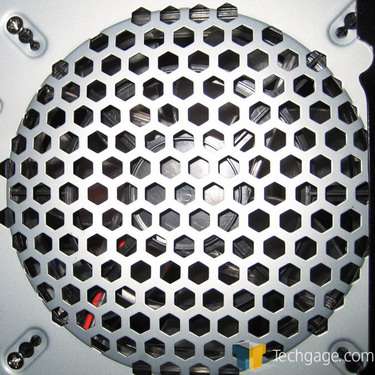 The I/O panel is located on the top of the case, just like Thermaltakeâ€™s Tsunami case. 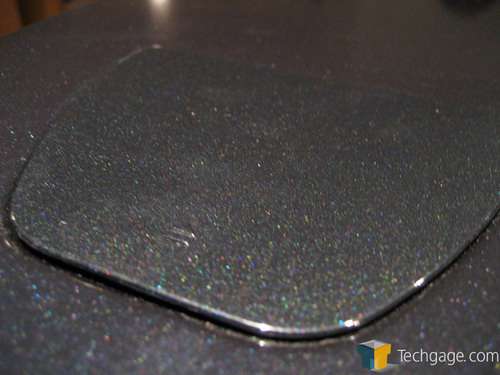 The cover is opened and closed by pushing it down. You have two USB jacks, 1.8â€ audio and microphone jacks, a connector for an e-SATA device, and what should be an HD Audio jack, but the actual hole is filled and a cable isnâ€™t provided. I would have preferred to have the ports in the front or on the side of the case because I canâ€™t think of any situation where the placement would be useful, but this is more of a personal issue. 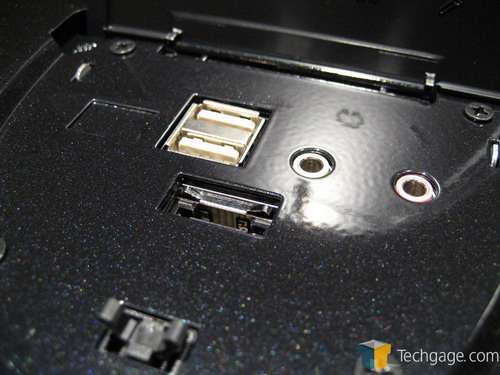 Letâ€™s take a look inside.

Page List:
Top
1. Introduction
2. Inside the Case
3. Installation and Testing