The exterior design of the Thermaltake TMG retail packaging is attractive, though it seems that Thermaltake still doesnâ€™t demonstrate the same command of the English language as many other Asian component manufacturers. The TMG boxes offer noise comparisons to standard references, in this case the stock AMD boxed CPU cooler and ATI reference cooler. 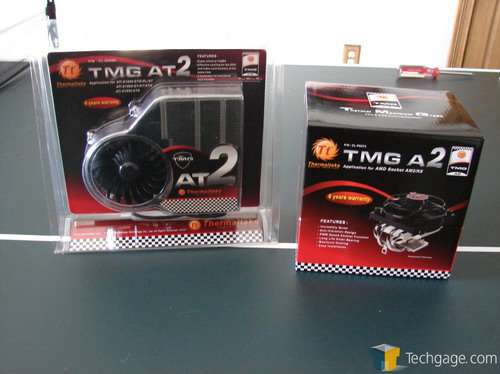 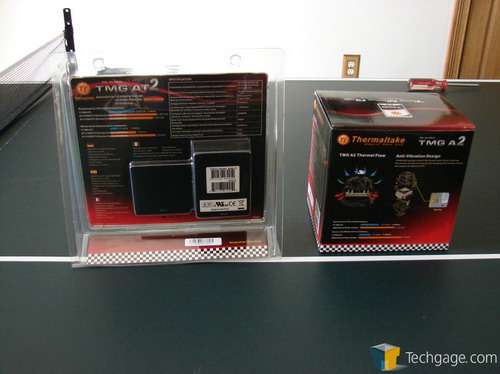 The box for the A2 CPU cooler also shows an exploded assembly diagram of the various parts involved, as well as their features and benefits. The A2 CPU cooler is packed in a cardboard box, while the AT2 is packaged in a PET clamshell package which thankfully didnâ€™t require scissors to open. 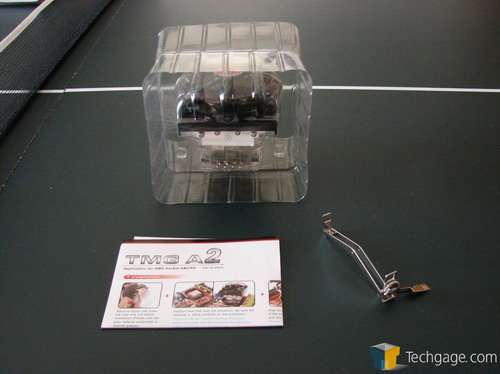 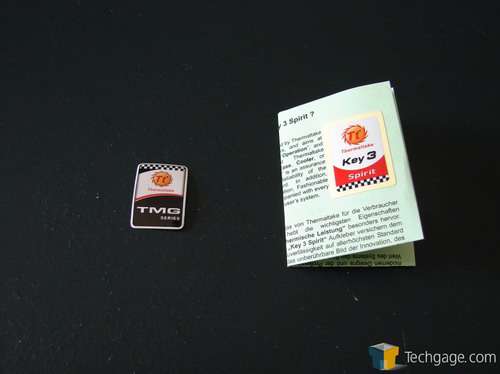 The A2 CPU cooler itself is packaged in a PET clamshell, with the socket clip and photo instructions loose in the box. This packaging looks sufficient to keep the cooler safe in transit, even in situations where the box might be severely disrespected. This packaging reflects clever engineering â€“ obtaining the most protection possible from the least material. Also included were a TMG-series case badge, and a treatise on a design philosophy called â€œKey 3 Spiritâ€. 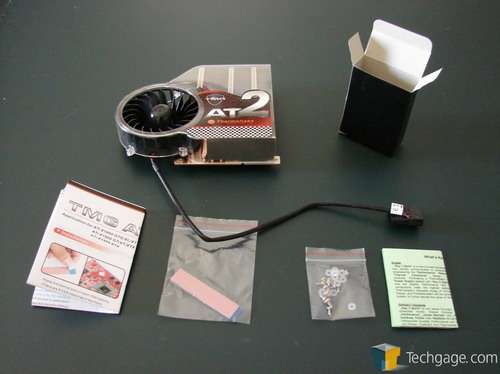 The AT2 GPU cooler is larger than one might expect for such a unit, with a very tall cooling fin assembly. In the included accessory pack (the small black cardboard carton) were an instruction manual, mounting hardware, the â€œKey 3 Spiritâ€ paper, a Thermaltake TMG-Series case badge, the photo installation instructions, and a strip of pink bubblegum-like, adhesive-backed thermal interface pads for transferring heat from the cardâ€™s memory chips.