First, letâ€™s take a look at the Thermaltake TMG A2, and see how its design features are intended to decrease noise production while maximizing cooling. 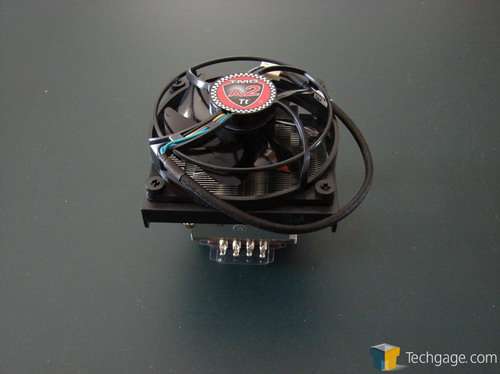 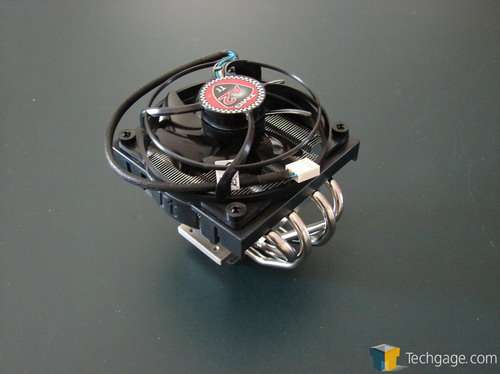 While the TMG lineâ€™s other CPU coolers bear strong resemblance to the Arctic Cooling Freezer and Alpine models, the A2 and i2 heatsink/fan use a more original four-heatpipe design, with airflow in a direction perpendicular to the motherboard. The 92mm fan is a frameless design, similar to those used by Arctic Cooling. Itâ€™s also uncommon in that its airflow is directed in the opposite direction from the motorâ€™s label â€“ downward toward the fins. This fan isnâ€™t a standard part, so itâ€™s not replaceable.

However, the fanâ€™s bearings employ Enter bearing technology, which stores extra lubricating oil within the bearing assembly itself. The additional reserve of lubrication within the Enter bearing is meant to give the Enter bearing a life span thatâ€™s competitive with that of ball bearings. The Enter bearing is actually a technology developed by one of Thermaltakeâ€™s fan OEM partners, Everflow. Why go to all this trouble for sleeve bearings? Ball bearings contain more internal components, which rub together and create additional operating noise. Sleeve bearings, however, rely on fluid dynamics to suspend the shaft within the journal, eliminating contact as long as thereâ€™s lubrication available to the bearing. For that reason, this design should theoretically produce less bearing noise than a ball-bearing motor. 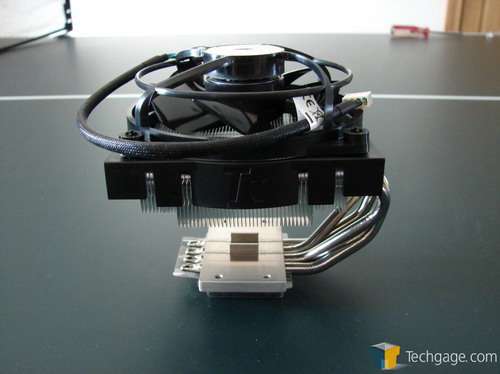 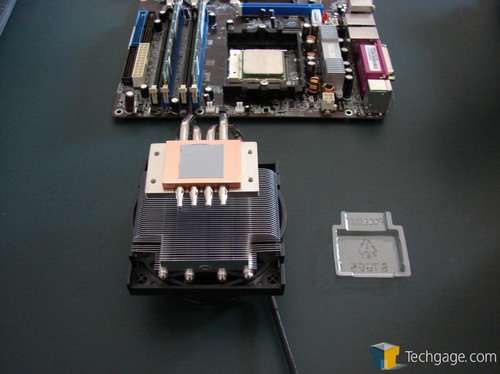 The TMG A2â€™s fin structure is elevated above the processor core, allowing the coolerâ€™s exhaust to be blown across the memory and voltage regulator modules which surround the CPU socket. The aluminum fins are tightly packed, which is great for increasing the convection surface area, but this also increases the airflow impedance provided by the fin structure, making it harder for the fan to push air efficiently through at low speeds. The base of the heatsink is copper; some polishing marks are visible, but overall the surface finish is decent. The base of the cooler also has a grey-colored thermal paste applied, which is most likely a silver-based compound (due to the grey color). I was tempted to wipe this stuff off and use Arctic Silver 5, but instead I elected to measure performance using the supplied thermal grease. 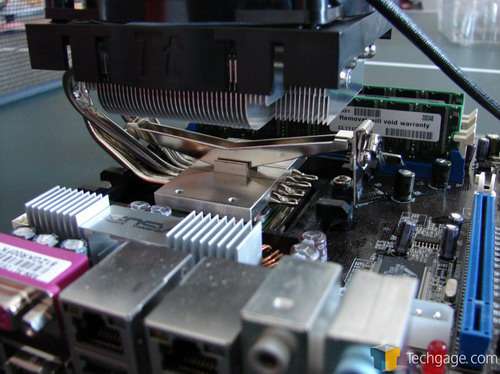 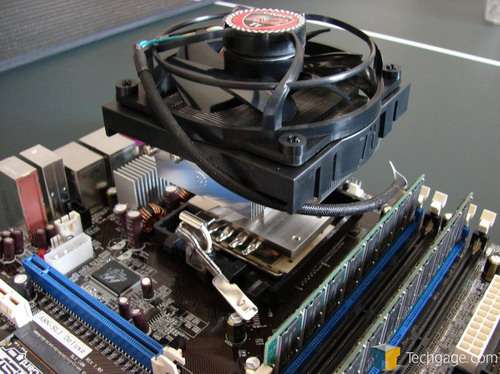 The supplied clip rides inside a channel on the TMG A2â€™s base. One end of the clip simply provides a hook for the socket lug, and the other end uses the familiar flip-clip arrangement found on the AMD stock cooler. The clip wasnâ€™t difficult to install, though Iâ€™m not so sure about the clip design â€“ though the pressure created by the clip provided enough friction to hold the cooler firmly in place, Iâ€™d be much more reassured by a design where the clip was physically attached to the coolerâ€™s base. Our test motherboard is an ASUS A8N-SLI Deluxe, and the processor is an AMD Athlon 64 X2 4400+. 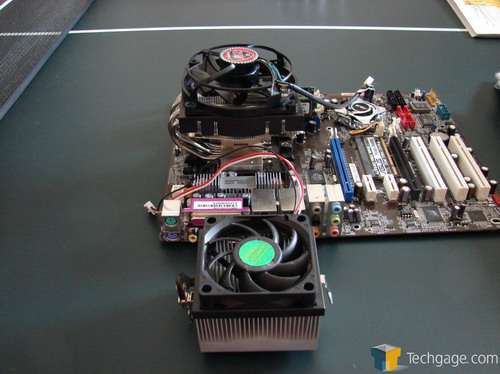 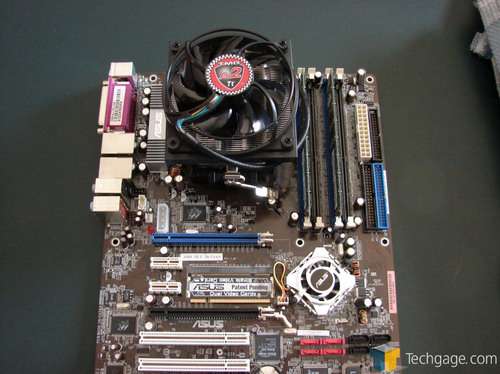 Overall, the installation was a simple process. Physically, the TMG A2 positively dwarfs the stock AMD cooler, though the design didnâ€™t threaten to interfere with any of the motherboardâ€™s onboard components, thanks to its elevated fin structure. Next, letâ€™s look at the installation of the TMG AT2 cooler.