The TMG AT2 is an extremely large cooler, with a slow-rotating blower fan that promises minimal noise production while still offering high-performance cooling. The AT2 model is only compatible with ATI-built X1800, X1900, and X1950 cards, or other cards using the ATI reference design and cooler. Our test card is an ATI X1800XT, built by ATI. 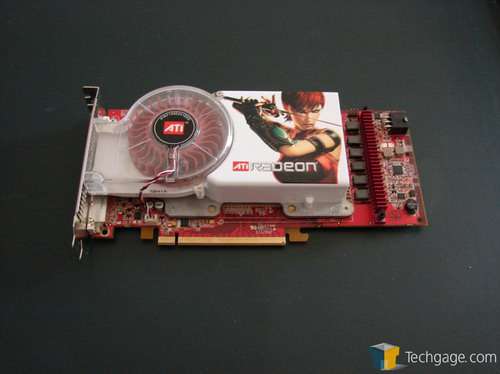 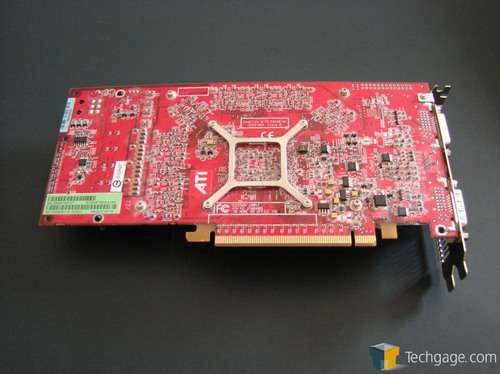 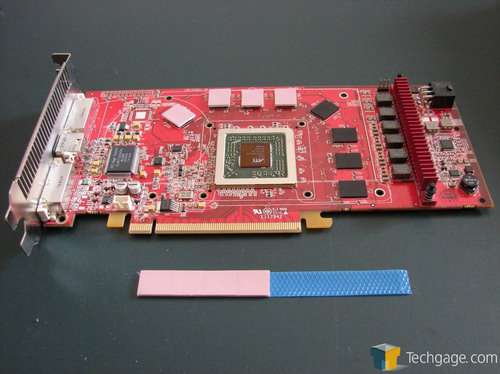 For memory cooling, the TMG AT2 cooler includes a strip of eight new, pre-cut thermal transfer pads. Each pad is adhesive-backed on one side. On the back side of the AT2 cooler, a large aluminum plate transfers heat from the memory modules to the copper block that sits directly atop the GPU core. 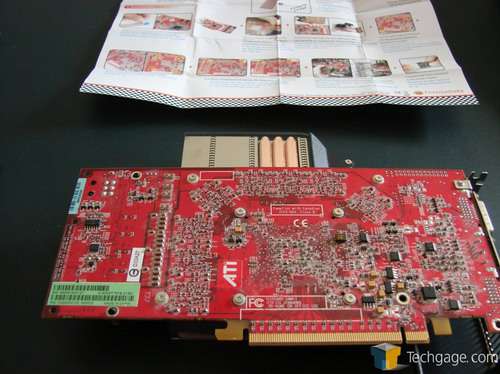 The AT2 cooler attaches to the card using one fewer screw than the stock ATI cooler. Thermaltake includes plastic washers for each of the seven screws, to prevent the flow of electric current, eliminating the possibility of a short-circuit that could kill the card. The original cooler didnâ€™t use any washers, so Iâ€™m not entirely sure why theyâ€™re necessary for mounting the AT2. Still, itâ€™s better safe than sorry. Youâ€™ll need a small Phillips-head screwdriver to remove the old cooler and install the new one â€“ a typical Phillips-head driver wouldnâ€™t fit into the screwsâ€™ heads. The AT2 card uses three 6mm copper heatpipes to transfer heat from the GPU core to the very end of the fin structure which, as you can see, sticks out past the top edge of the card by about Â¾â€, or roughly 2 centimeters. Did I mention this thing was big? Well, it is. 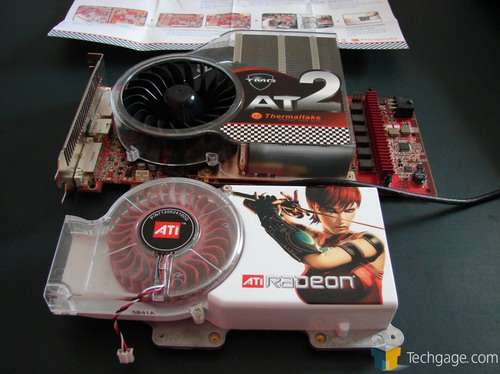 The AT2â€™s blower wheel is 80mm in diameter, and uses the same Enter Bearing technology as the rest of the Thermaltake TMG line. As you can see here, the AT2 has a much larger fin structure than the AMD stock cooler, and the AT2â€™s blower itself is larger than that of the AMD stock cooler. However, weâ€™re not looking for a major improvement in cooling here â€“ rather, weâ€™re looking for the cooler to work more effectively while producing less noise.

The blower vanes are reverse-swept, which is useful for pushing air into low impedances with low noise levels. There isnâ€™t much room around the outer edge of the blower wheel â€“ typically, centrifugal blowers have a gradually-widening duct around the fan, to allow it to develop airflow all around its circumference. The AT2 simply has an opening away from the blower into the fin structure. While the AT2â€™s blower wheel operates, waste airflow can be felt coming from the sides of the blower that are not ducted into the fin housing. For this reason, I donâ€™t think that the AT2â€™s special-design blower wheel operates as efficiently as it could.

The AT2 doesnâ€™t receive its power from the video cardâ€™s onboard header â€“ rather, it plugs straight into a 4-pin Molex connector. The cardâ€™s own thermal control features go to waste as a result. This cooler only operates at one speed. Iâ€™d rather have a 3-pin motherboard connector.

Now that both TMG-series components have been installed, letâ€™s take a look at how well they cool, and how well they achieve low noise. Should you consider these components for a silent PC?