Thermaltake. That word is enough to make power supply purists cringe. The reason being that Thermaltake had more than a few questionable PSU’s come out of it’s doors over the past few years. Happily it appears that they’ve seen the folly of turning out questionable power supplies and have decided to turn their PSU image 180 degrees.

Enter the Toughpower line. While their old lines were made by a whole host of OEM’s the Toughpower line is made by Channelwell also known as CWT. If that name means nothing to you they’re the folks that did the OEM work for the likes of Antec. Antec has taken a bit of a black eye lately but it’s not the fault of CWT, no instead it falls on the caps that were chosen for the PSU’s used to build those units.

The caps (capacitors) in question were made by Fuhjyyu. For the topless pics we’ll see if the Toughpower uses those or if that particular curse is broken.

Let’s take a look and see what Thermaltake has to say about the Toughpower 750:

So far the specs look pretty impressive. The rail regulation is very tight at 3%, the advertised efficiency is quite impressive if it lives up to it. Another thing worth noting is active PFC. APFC makes your wall see the PSU as a resistive device with as close to a 1 ohm load as possible. This means that the VA (volts X amperes) is as close to the wattage consumed as possible. A side benefit is that UPS’s like APFC over non PFC power supplies. The power factor correction circuitry deals better with square waves. 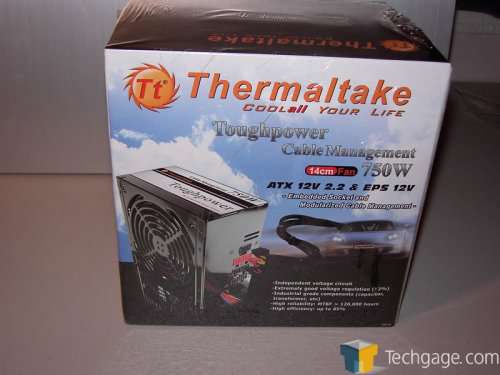 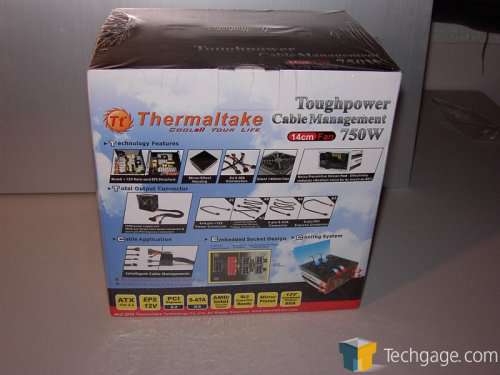 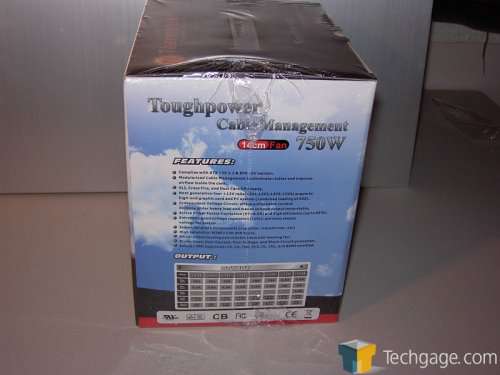 The packaging is colorful and shows the same features and specs that are listed on Thermaltake’s site along with views of the PSU. 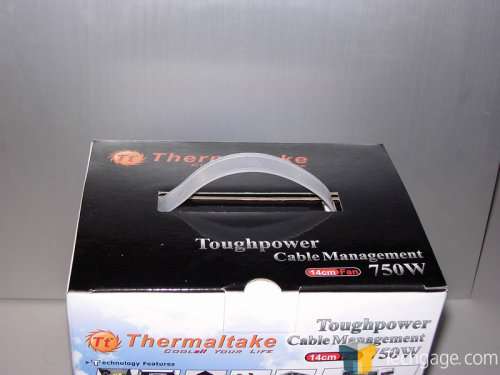 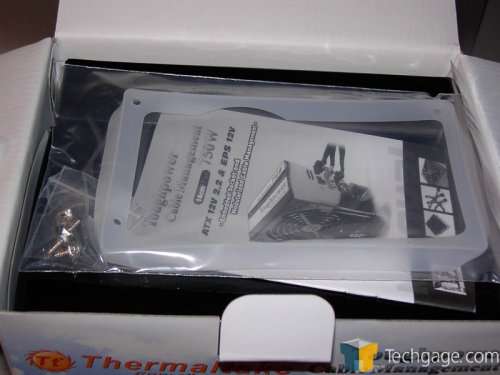 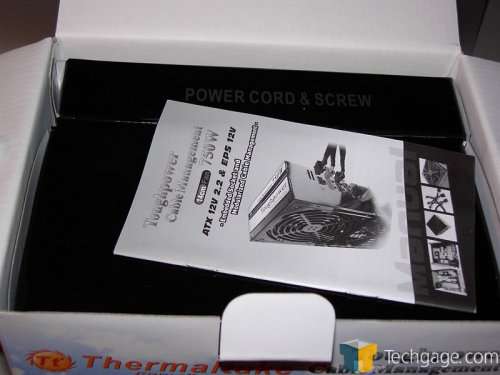 One thing I’ve found that’s starting to show up more and more is the handle in the top of the box. What’s up with that? It’s under the shrink wrap so it’s not much use in the store and after the PSU is installed you’re likely going to toss the box so why bother? My observation aside, inside the box resides the bundled silicone PSU isolator and the manual along with the rest of the goodies. 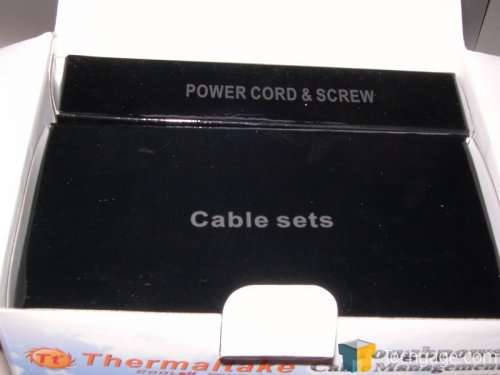 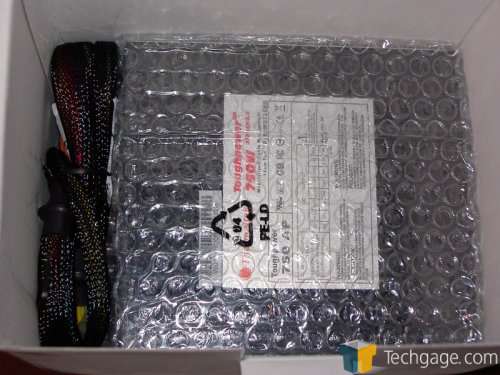 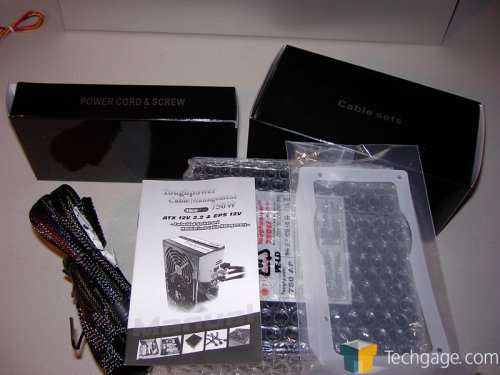 Don’t let the labeling on the boxes fool you, there’s more than one screw included with the PSU. ;) 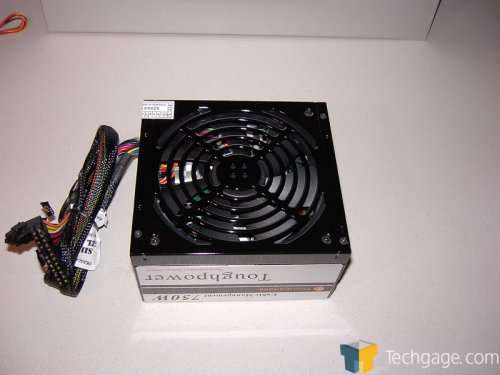 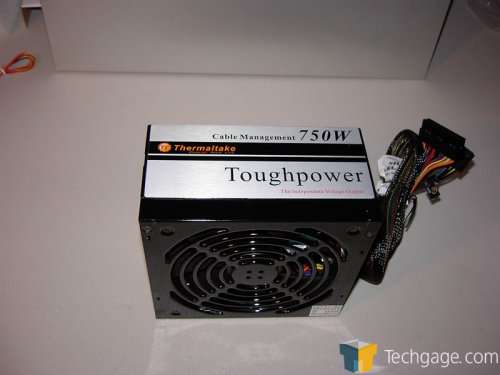 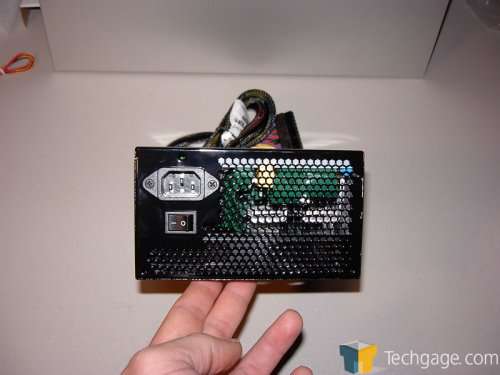