To start things off, we have a classic Chinese puzzle game at number 10. Classic in the sense that it’s well over 100 years old! After creation, the game quickly spread out of China and become popular the world over. Like Solitaire, it can be played by yourself, which is a huge draw.

KMahjongg is one of the many games that are bundled with KDE base, so if you have KDE you will likely already have it. It can be played through other desktop environments in addition though. The game is not pretty to look at… very circa 1997, but it has the core elements you’ve come to expect with the game of Mahjongg in general.

If you personally have not lost hours upon hours to this game, the idea is simple. All of the tiles are arranged according to some preset template, which are many. You progress by matching a tile with another. However, both of the tiles must be exposed on the left or right side. That is to say, that the tile does not have another tile blocking both sides. As an example, you can check out the first shot below. On the Eastern and Western side of the board is a piece with seven small bamboo sticks on it. Since both pieces have an exposed side, these can be removed from the board. 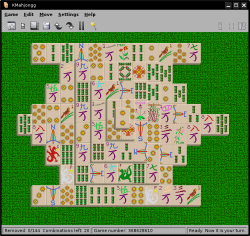 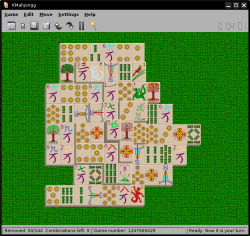 Each game is timed, although that’s more for personal records. The goal is to complete the board as fast as you can, really. Though you don’t have to… it’s up to you whether you want a relaxing game or a frantic one. There is an assortment of various layouts and tilesets here, but they are limited. Overall, this is a core version of Mahjongg. If you wish for better graphics, there are other variants available. 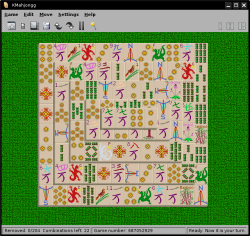 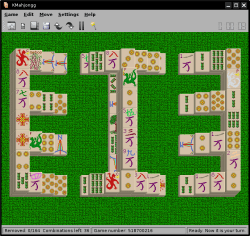 In the end, KMahjongg proves to be a winner. It’s a small game, and simple, but can be enjoyed by anyone. Setting personal goals of trying to beat a round as fast as you can, can make you feel smarter. I know I’ve stared at the board for five minutes when a move was clearly there. I am not a quick responder :-)

So if you like Mahjongg or tile games in general, make sure this is installed!

It’s not too often you can say you are playing a game put out by the United States Government, but Americas Army is just that. This began not only as a game, but a tool to train future army recruits. The US Army probably didn’t expect the game to quickly explode into a popular online stature though.

The game follows a rather serious theme due to its original and current goals, but it’s also a blast for players who have no desire to join the army. Other similar games on the market cost money while AA is free. But there’s a catch. As of version 2.5, AA was discontinued for Linux and Mac OS X, although it doesn’t seem to affect the training missions or playing with other 2.5 clients. So, this makes it great for a Linux AA clan, or a LAN party. 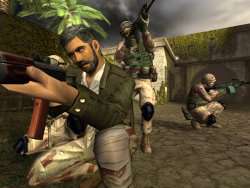 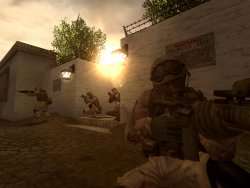 The game is based on the Unreal 2.5 engine, so you can expect some great graphics and sound. If you have played Counter-Strike, then you already have a good feel of what AA is all about. It’s you, against the terrorist. There is no deathmatch mode, as that is not exactly the goal of the game ;-) 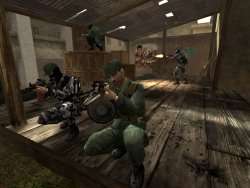 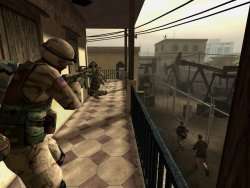 Of course, moreso than Counter-Strike, there is a lot of strategy you must execute to be successful. The game is based off what could happen in real life, so it’s not going to be easy. Splinter Cell could be a name brought up, as the stealth in that game would prove useful here. As you can guess, the game is focused around realism, and so you cannot jump in and expect a Counter-Strike or Unreal Tournament gameplay. You must shoot accurately if you want to kill… spray and pray doesn’t really work well here.

This is a great game, no two ways about it. It’s just too bad the developers decided to halt Linux and OS X support.