Who doesn’t love Tron? Admit it, you do. Tron is a prime example of killer gameplay that doesn’t need superb graphics to be fun. Armagetron Advanced does nothing amazing to the Tron-like style games, but what it does do, it does well. The game doesn’t have good graphics, although they are very clean in high resolutions. The sound is nothing major either, but works well with the Tron theme.

You may think I am bashing the game, but far from it. The game focuses on simplicity, and fun. It does both well. For those unaware of what Tron is.. it’s a game that takes place on a massive grid, with all characters on speed bikes that leave behind light trails. The trails left are solid so it’s effectively a wall. The goal is to get the opposing player to run into the wall created, by caving them in. Simple idea, but it can get hectic once the room starts filling up and you are left with little space to move around in. 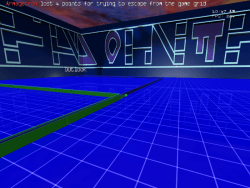 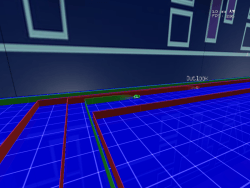 Armagetron Advanced includes local play, LAN play and even online play. I joined a server within half a minute and was playing a few seconds later. There was no lag to speak of at all, and of course I was the first one to lose. There are a few different modes of play including Deathmatch, Team DM, Fortress and Sumo. So, there is some actual depth here, despite the simple look. 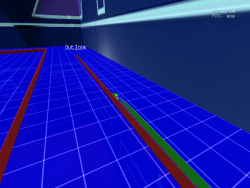 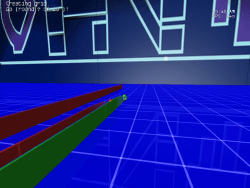 There’s just no sense in getting too in-depth describing this game, because I’d have to start making things up. Though simple, this is a great game and should be in your menu for quick access ;-)

One thing you will notice with this top 10 list, is that four of the games are FPS. It goes to show that these are some of the most favored out there, and it’s no surprise given the graphic and online capabilities. Cube is one of these, for multiple reasons. First, it’s a game that’s incredibly quick and easy to get into. After running the start script, you are literally standing in the game ready to go, within seconds. 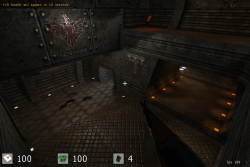 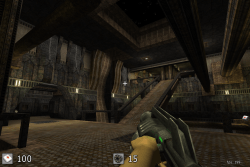 For whatever reason though, you are begun with a low resolution, but that’s easily changeable. In addition, sound will work right off the bat (hopefully) with little or no configuration. I have not run into a single problem with running this game in the past, and that’s almost a rarity in Linux gaming.

One thing to note though, is that Cube is actually the game engine, but has a game strapped to it. Or so it seems. If you enjoy what you see here and are a game developer, you can grab the engine and create something with it. It’s a rather solid engine also… reminiscent of the Quake 1 engine, but more feature-rich. As you can see by these screenshots, the graphics are gorgeous, and runs extremely smooth. 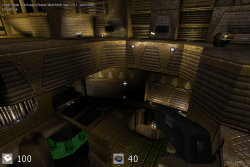 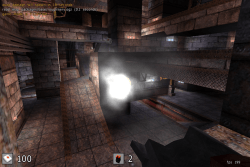 Sauerbraten is for the most part, an online deathmatch style FPS, but has a single player experience in the works. So when you first enter, you can join an online DM session, or play the SP mode which is denoted with a (WIP) label. So, it’s directly meant for deathmatch at this point in time.

In progress also is a Cube 2 based RPG game, which is sure to have great potential. It will be a single player experience, and by the screenshots thus far, it could prove to be a winner.

What I enjoy most about Sauerbraten, is that while low on actual SP content and the like, it’s a well put together package. The graphics are great and so is the sound, although some of the effects are somewhat bizarre. Aside from that, there is some tight gameplay here. I compare this game more to Quake 1 than I would with Nexuiz because of its smooth, fast and accurate gameplay. However, I discovered quite soon after jumping into the online arenas that I suck. So… maybe you will have better luck than I ;-)