Travel with Techgage: Taiwan for Computex 2009

Our Computex 2009 coverage is long done with, but this article isn’t about what we saw on the show floor or learned during a meeting. Rather, this article takes a look at things from a different angle: the experience. We’ll talk both about what life is like during these trips, and in this particular case, what it’s like to spend time in Taiwan for just over a week.

Here at Techgage, we attend a fair amount of trade shows throughout the year, and report on each and every one of them. We keep you up to date with what’s important and notable while at these shows, but with this article, we’d like to give you a slightly different angle on things. Rather than summarize the Computex event as a whole, I’m going to instead give you a “behind the scenes” look at what it’s like to travel to a place like Taiwan, and what goes down when we attend trade shows in general.

Computex is quite a bit different than other trade shows we attend, and most of that is attributed to the fact that it takes place in Taiwan. But even aside from that important fact, Computex showcases many more of the products most of our readers are directly interested in, such as system components and cutting-edge technologies. So overall, it’s easily one of the most enjoyable, and important, trade shows we attend each year.

We’ve never done an article quite like this before, so I’m pretty-much just going to wing it. If you folks enjoy what you see here, then we’ll definitely consider doing more such articles in the future for any of the major shows we attend, not only Computex. Our goal is to give more to you than just show coverage, and let you experience the trip along with us. Hopefully you enjoy what you see, and maybe even pay a visit to Taiwan yourself in the future!

If you’ve been a computing enthusiast for a while, you’re probably well-aware that Taiwan is where many of the components in your machine come from. The list of companies from Taiwan that you’ve heard of could likely fill an entire page here, but a few notable ones include A-DATA, ASUS, BenQ, C-Media, D-Link, DFI, Foxconn, G. Skill, GeIL, Gigabyte, Lian Li, MSI, Realtek, SilverStone, Thermaltake, VIA and more. Chances are, a product from one of these companies is in your machine right now. 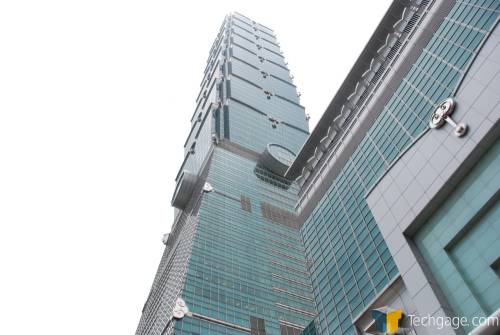 It’s the companies that bring us to Taiwan for the show, but it’s Taiwan itself that makes us look forward to going back (you know, aside from the 20 – 30 hour travel duration!). I won’t tackle any of Taiwan’s history here, because it’s far too complicated, but I do recommend reading up, as it’s absolutely fascinating (and even a little disturbing). Officially, the country’s proper name is Republic of China, but most often, people refer to it as Taiwan (ROC). Again, the reasons behind all of this are found in the country’s history, and it’s far too complex to tackle here.

As a part of China, Taiwan’s national language is Mandarin, or “Chinese”. While China mainland adopted Simplified Chinese for their written language long ago, Taiwan has stayed true to its roots and stuck with Traditional. Both languages are the same spoken, but Simplified was developed half a century ago in order to, just as it sounds, simplify the language. Many characters are shared between each of the written styles, but Traditional for the most part is a little bit more complex.

The currency in ROC is the “Taiwan New Dollar”, and at the time of writing, $1 USD is equal to $33.12 NT. “Cents” don’t exist over there, but rather everything is measured in dollars. Like pennies over here, Taiwan has a $1 NT coin, all the way up to a $2,000 NT bill ($1,000 NT bills are far more common, however). While shopping, it’s sometimes easy to become a little ambitious and spend more than you believe you are, but for the most part, almost anything is less expensive in Taiwan, so you’re usually still coming out ahead.

This goes far beyond food and drink, but spreads out into transportation, accommodation and more. Take my hotel room during the trip, for example, the “Hsuan Mei”, part of the Beauty Hotels franchise. Here’s a photo of both the room, and also the washroom: 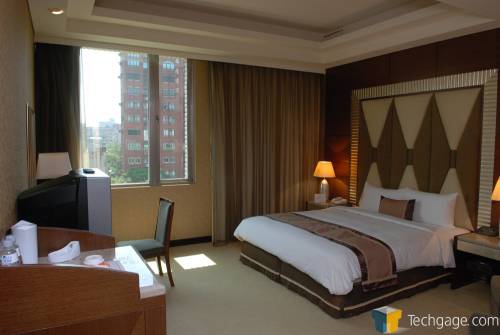 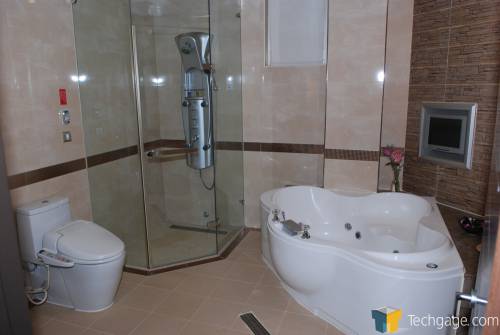 Alright… it felt just a little too weird to actually post a picture of a bathroom, but don’t worry, we’re not going to turn into a travel site anytime soon. The reason I post them is because, even if you travel often, you’ll likely guess the value of this hotel room wrong. I’ve stayed in many places in the US, and I tend to average each hotel room out to about $200/night, and none at that rate have ever come close to this one. After all, this one even includes a freaking hot tub… and a heated loo! Would you believe that it costs just $100 USD per night? Should I even mention that some motels in the US can cost almost $60/night?

Then there’s transportation, which aside from flight, is always less expensive than what you’ll see in the US. Prior to Computex, I hopped aboard Taiwan’s “High-Speed Rail”, a train transit system that caps at speeds of 300km/hour, and took it from Taipei (properly “TÃ¡ibÄ›i”) down to Taichung (properly “TÃ izhÅng”… pronounced “Taijung”, kind of). This commute takes about three hours in a car (I’ve done it before to know this), but on the rail, it took exactly 50 minutes. Not bad for $18! After I hopped off the train there, I took a taxi to where I needed to go, which was about a 25 minute drive. That set me back just about the same, around $15. 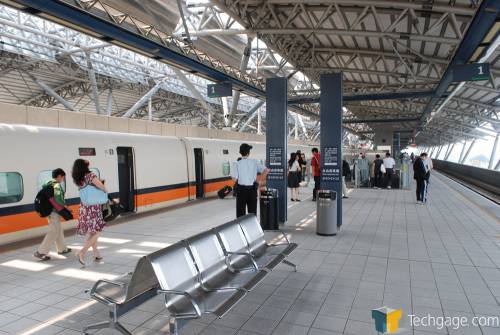 But of course there’s affordable food as well. Below is a drink that I tend to have often when in Taiwan, even though I’m sure it’s hardly good for my health. It’s a simple can of cold coffee (sweetened… it’s not exactly like brewing coffee and chilling it), and that particular offering costs $23 NT, while another brand I buy is larger, and costs $28 NT. In USD, that’s $0.75 and $0.92, respectively. How much does a 600ml Pepsi cost again on these shores? 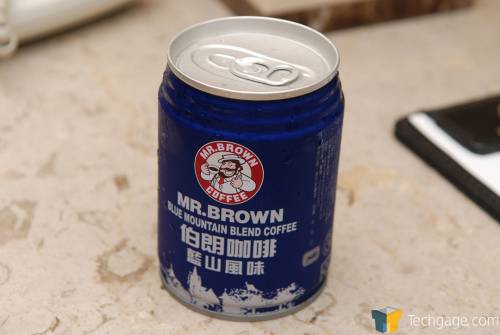 Enough about all that though, because there’s a lot more to Taiwan than the affordability-factor. As you’d expect, any foreign country is going to differ from your own, but when it comes to Asia, the lifestyles there are stark contrasts to what we experience in the US or Canada, or even most of Europe. This is all for better or worse, and definitely a matter of opinion. While I love some aspects of Taiwan, there are a few others that get on my nerves. The same can be said for where I live in Canada, though.