Where routers are concerned, TRENDnet may not be the first name to come to mind, but their popularity is quickly growing. On our test-bench is a perfect example as to why that’s the case. If you are looking for a feature-rich N-based router for a reasonable price, the TEW-633GR is worth a look.

We are not entirely sure if the GR is an abbreviation for gaming router or gigabit router but it really doesn’t matter. In our evaluation of the 633GR, we are going to run real world tests to give us a better understanding of the performance that an end user can expect to experience.

When the router first arrived, it came to us in all its retail glory. With various statistics and other information about the router adorning the front, TRENDnet has done a decent job of informing the consumer without completely over doing it. 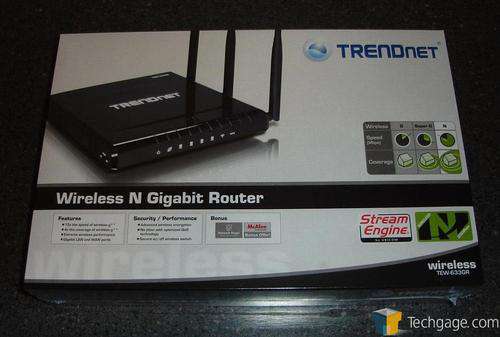 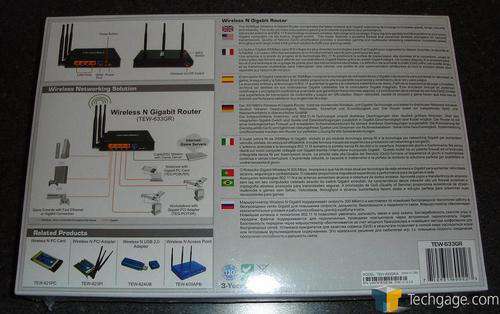 Opening the box reveals a somewhat simplistic bundle consisting of one CAT5 cable, a small plastic stand to allow the router to be stashed somewhere vertically, a start up disk, power brick and the 633GR itself. There is also a quick start manual to help the novices. This manual can be found in .PDF form on the included disk should the hard copy be misplaced. 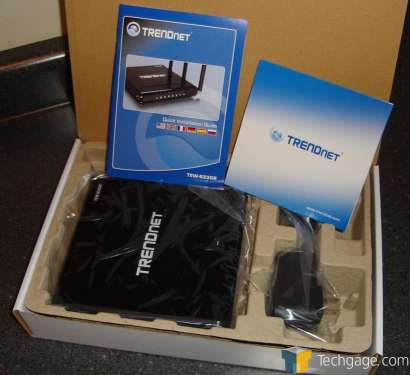 Removing the router from its packaging quickly reveals a well designed, good looking router. This is a welcome difference from the plain blue design of the TEW-631BRP that we looked at late last week. One interesting design feature of the 633GR is its side mounted antennas.

This is quite different from most other routers on the market as their antennas are located on the back. Placing them on the side of the router however allows them better open air transmission when the 633GR is positioned vertically as we will see shortly. It should also be mentioned that the three antennas cannot be removed. 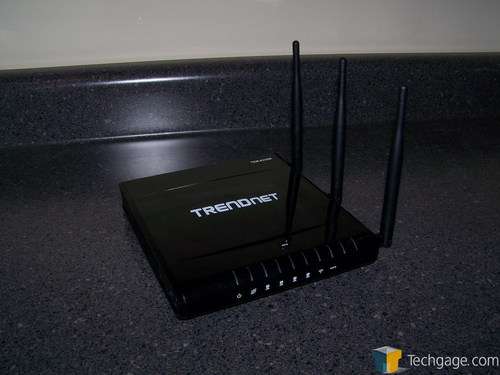 Taking a closer look at the front of the 633GR, we can see the activity lights indicating power, WAN, LAN 1 – 4, wireless and WPS activity. On the four LAN ports, devices connected at 10/100 speeds will light up green while gigabit connections will register with an orange light. Just above the activity lights is a lone button simply labeled WPS. This stands for Wi-Fi protected setup and allows one touch setup with compatible devices. 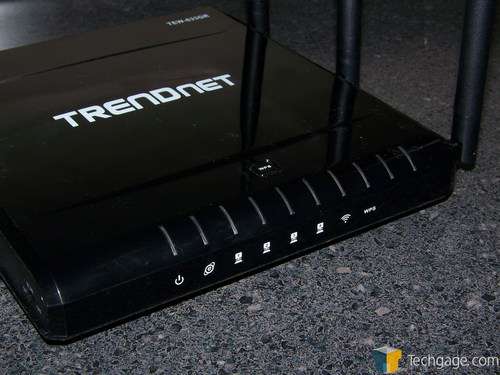 Moving around to the side, we can see the three 4dBi fixed antennas sticking out of the side of the router. In between each antenna are slots that allow cooler outside air to move through the router, helping to keep internal temperatures down. As we will see in another picture, having the antennas on the side of the device is something that I absolutely love as it keeps them out of the way of connecting patch cables when each port is populated. 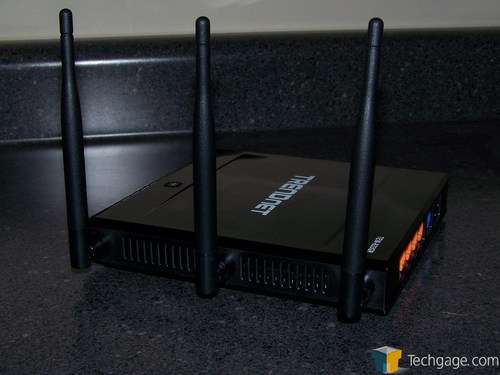 Around the back, like the 631BRP, there are color coded Ethernet ports. There is a single WAN port that is to be connected to your DSL or cable modem as well as four 10/100/1000 Mbps gigabit ports that are fittingly colored orange. I suppose gigabit speeds are hot and we know this because the orange color tells us so. To the right of the WAN port there is a small system reset button that is thankfully recessed to prevent any accidental defaulting of the router. On the end is a power ports. 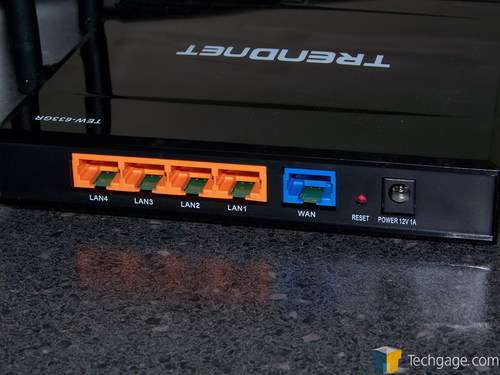 On the other side of the 633GR is a single switch, allowing the user to toggle their wireless network on or off. I absolutely love this feature as it allows the owner to hard power off the wireless capabilities of the 633GR should the user not need this functionality. 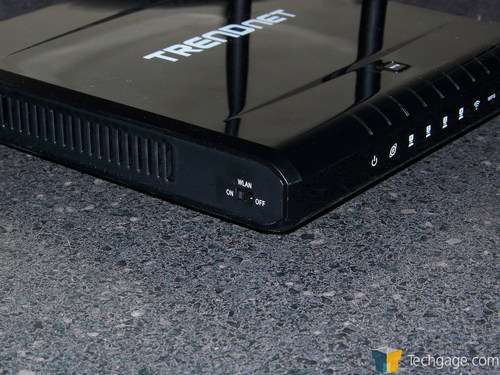 This is a small thing but one that helps those who do not need wireless connectivity to lock down their network to those who should not be on it. There are also more ventilation slots on this side as well. The end two slots are a little larger and accommodate the included stand, allowing vertical setup of the router.