For $60, the use of 40mm drivers is a little bit of a disappointment, but this is corrected with the Shock Spin Headset, which utilizes a slightly different style and 50mm drivers; retailing just shy of $70.

The cushions that come with the Shock are very easy to replace, they quite literally pop right off without too much force. Getting ahold of replacement pads will prove a little more difficult, but both fabric and synthetic leather are available.

The pads themselves feel quite soft, so too does the headband support. The surprise was to have them digging into my ear when worn. These are not the most roomy as far as allowing ears a little bit of breathing room. 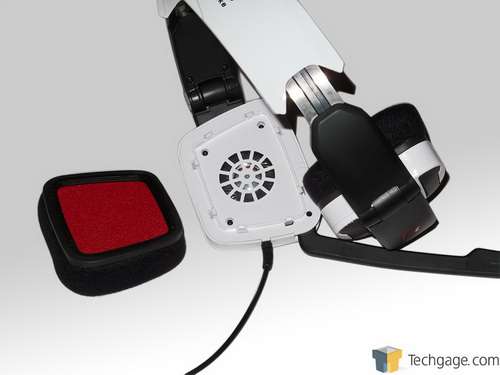 Despite how soft the foam feels, on the side of the head, it does feel firm. After about 2 hours, I had to take them off to give my ear lobe a bit of a rest. Not the most comfortable headset I’ve worn, that’s for sure. Then again, it’s not the worst either.

The headset makes use of 3.5mm jacks with an in-line volume control for direct input to an audio card. For USB support, one would need to go with the Shock One Headset. 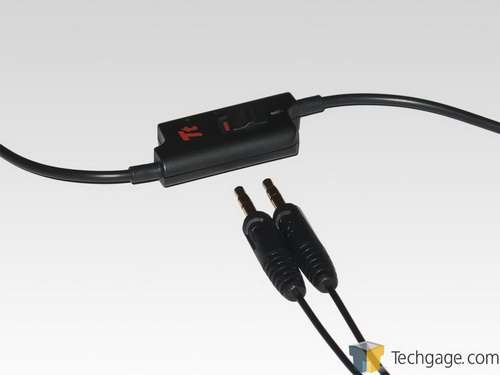 When I first saw the jacks – a state of confusion gripped me for a moment – which jack was which? A (very) small etching was made on each of the microphone and headphone jacks. The standard green and pink color coding would be much appreciated in future – trying to find these small etchings can be extremely taxing on the retina in the dark.

The boom-type noise canceling microphone makes use of a soft pliable rubber for it to bend in front of your mouth. Folding the mic down is rather smooth but firm and is unlikely to move around once placed. 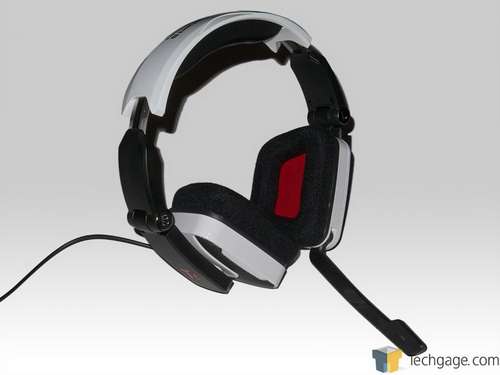 As far as recording goes, the noise canceling is ever present and I dare say distracting. Since the mic plugs into the audio card, all noise canceling will be passive, which means you have no control over it. It introduces a background hum but does a fairly good job of keeping fans at bay.

A recording will be provided soon to give you some idea as to what to expect.

Hit the next page for our final thoughts and conclusion.