Antlion’s ModMic range has appealed to people for quite some time now, and the latest fifth generation is an accumulation of the constant feedback provided by its users. Better cable management, dual capsule design, stronger magnets – let’s find out if the ModMic 5 hits the mark.

During our testing, we used the ModMic 5 with a number of devices, to see if there were any major issues with gain and the bias power mentioned previously. These devices include the motherboard integrated sound card, an Antlion USB soundcard dongle, a Zoom H1 field recorder, OnePlus 2 smartphone, Nexus 7 tablet, Creative BlasterX G5 external sound card, and a Microsoft Surface 2.

The recording quality across all devices varied quite a bit, and it all came down to that bias power. The weakest and quietest device happened to be the Surface 2 tablet. The Surface 2 seriously struggled to pick up anything and required a fair bit of post processing to bring its volume up. This probably means that it has no bias power.

On the other end of the spectrum, the Zoom H1 field recorder could provide more than enough juice for the ModMic. In fact, it couldn’t go over 50% gain without causing Windows to clip. The H1 is mostly used for recording in the field (hence the name), and is meant to drive mics such as lavalieres with built-in diodes. When used with the ModMic, it provides the most clear sound and is a good example of a best-case scenario. 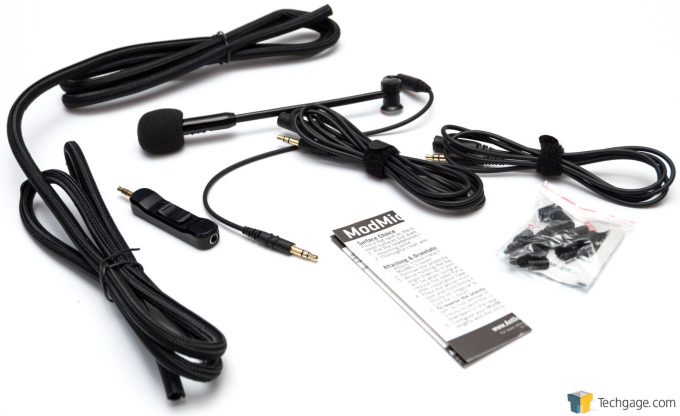 The OnePlus 2 and Nexus 7 performed very well, with no issues. They were both clear, although the max volume was slightly limited. It was quite surprising as there was very little electrical noise from the two, considering the compact nature of the two devices. The Antlion sound card performs well enough, and it has enough power to make the mic loud enough for typical recordings and VOIP/comms, but it did seem to lack in the overall quality of audio. It wasn’t terrible by any means, but you could do better.

The last device is a recent review sample, the Creative BlasterX G5, which is an external DAC/Amp for headphones, built around gaming. The mic input on the G5 is one of the oddest I’ve come across as it has built-in post-processing – a noise-gate, high-pass filter and EQ adjust. The G5 ended up making the ModMic 5 sound like a typical gaming headset. You can check out the samples below and compare for yourself.

The ModMic concept has always been intriguing and a worthwhile upgrade for anyone looking to convert their premium headphones into a headset. The magnetic clasp holds the mic in place, while at the same time, lets you fold the mic out the way when not in use (or completely disconnect). Being attached to the headphones means turning your head won’t make you go quiet like with a desktop mic (such as a Yeti), while preventing you from yanking a lavalier when you stand up.

The capsules used in the ModMic are definitely worth the price. Sure, they’re not premium, audiophile grade capsules, but that’s not the point. The capsules are leagues better than pretty much all gaming headsets, but some users may struggle to get the most out of the ModMic if they have a poor microphone input on their soundcard. That is probably the biggest factor when it comes to this mic. 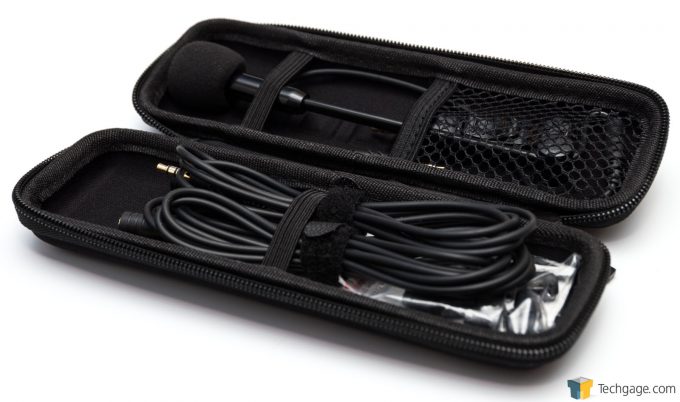 If you have a decent soundcard, the ModMic will perform very well. If you can provide it with the full 5V bias power, then it’ll become quite sensitive. The difference between the omni and cardioid pickups are subtle – a little too subtle for the most part.

The cardioid mode is a little more sensitive to the user’s voice, while slightly reducing background environment noise. Things like surface reflections and fans are slightly reduced, but not to the extent we’ve heard with other mics (such as the Yeti). In omni mode, the ModMic 5 still keeps some of the background environment noise subdued, much more than expected, but is slightly less sensitive. When heard through voice comms like Skype or Discord (when streaming codec compression is involved), most people will struggle to tell the difference. 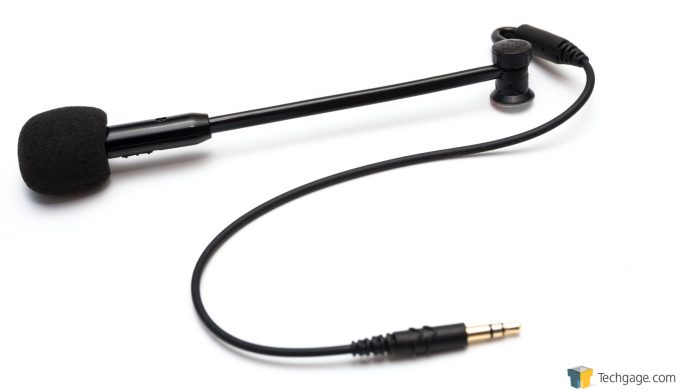 The EMI sensitivity is an issue, and one that can’t be solved until Antlion changes the capsule design. For the most part though, very few will actually run into any interference unless they are in close proximity to a wireless access point.

The change to the cabling is a big improvement, along with the detachable mute. There are more cable clips than previously, and the cable shroud is a nice touch for keeping long stretches of the combined headphone and microphone cords tidy.

There is a bit of a price premium for the ModMic 5 over the 4 at nearly $70 instead of $50, mostly because of the dual capsule. However, the changes to the cable and extra capsule justify the price. If you already have a ModMic 4, there is no improvement in sound quality, but the extra convenience and cable management might be worth the upgrade. If you are new to ModMics, then the model 5 is worth the extra, just because of the cable management and versatility. If you are on a bit of a tighter budget, then don’t feel bad about getting the model 4, as it’s still an excellent mic.

In any case, we still feel the mic and design are worth the cost and our Editor’s choice award, even with the minor issues we mentioned. If Antlion can fix the EMI issue with the cardioid capsule and the mute not fully engaging, then the ModMic 6 would be perfect. [Ed: That’s a not so subtle hint, Antlion]