Although I’m the furthest thing from being an audiophile, every so often a new product will reach out and beg me for its attention. Turtle Beach’s latest gaming headset is one such product. Although the company is not particularly well-known for high-end audio equipment, their products do offer great value for the money which is the prime reason it makes them a good choice.

I first discovered that little fact last February when I evaluated their Ear Force HPA headset, also designed as a gaming solution. Even though that model retailed for over $100 ($80 currently), the results it delivered made the price a non-issue. It performed exceptionally when compared to headsets of around the $50-60 mark.

Of course, does quality matter if the product doesn’t last too long? Well, that’s another area where the HPAs seemed to excel. I’ve had other headsets in the past that didn’t even last a full year. SteelSeries 4H is a guilty party – mine lasted approximately six months before the sound became garbled. The HPA on the other hand, have lasted me since that very review. These are headphones I used each and every day, and I estimate at least 30,000 songs have been played through those earpieces, and they are still performing as new.

Enough of the HPA though, because we are here to look at their “successor”. I use quotes because it’s not a true successor, because the HPAs (now HPA2) are not discontinued. The reason for this is that the AK-R8 utilize a USB connection, while the HPA2 stick to the ole fashioned audio jacks (still supporting 5.1 sound cards). To say I was keen on seeing how the new model performed would be an understatement, so let’s hop right to it.

Similar to the HPAs before it, the AK-R8 arrives in a large plastic blister pack that will assure that bumps along the way will not adversely affect it. The front of the package showcases the USB sound card that’s included. 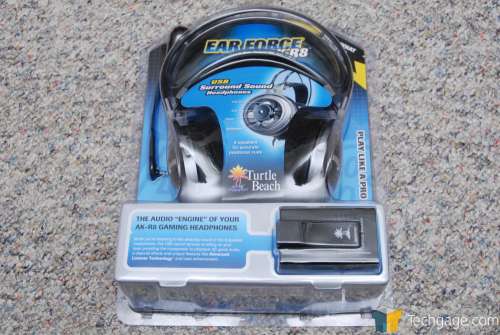 Although I don’t have a direct comparison in images, the AK-R8 look quite similar to the HPAs. Both have the same basic design and both include the auto-adjusting headband for good comfort without the need of making sure “notches” match up. 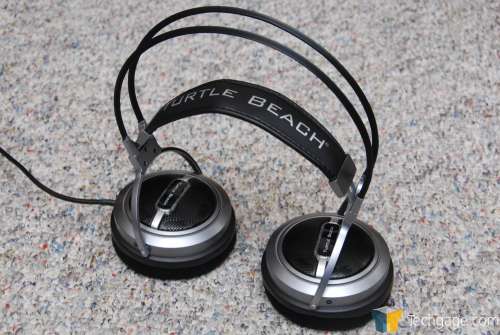 Like the HPAs, the AR-K8 are open-backed headphones. This is probably a good thing given the power this model can exhibit. The center of each earpiece have a Turtle Beach logo, and it appears that the perimeter of this logo would light up – but it does not. Gamers love their bling, but that might have been too much. 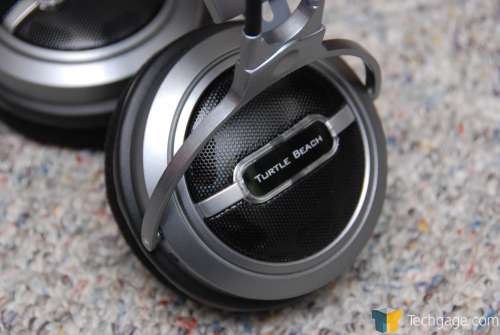 The ear cups is where one of the largest differences lay. While the HPAs had a smooth leather-like material to comfort your ears, the AR-K8 use a soft velvety material that could be considered pillow soft. These cups protect the entire ear and don’t leave much room for air. Because of this, you may become overheated after long periods of time. This will depend on the person.

Here are the components that bring everything together. The small box is TB’s SRM module – essentially a sound card and amplifier all in one. The cord running from the headphones will plug into the back of this box, while the included USB cable will connect the box to the PC. Also here is the external mic, which can be removed from the headset at any time. 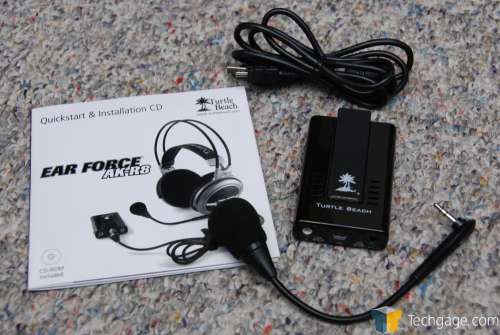 On the next page, we will delve into how the headset works and also tackle the software.