Surround Sound is a term that gets thrown around quite a bit with headphones, but most techniques are done via software and not hardware. The AK-R8 are different, as each earpiece contain four separate drivers that offer “true” surround sound.

The layout of these drivers are shown in the picture below. The front and surround drivers are 40mm, while the center is 30mm. On top is the vibrating subwoofer. So aside from normal bass, this woofer makes sure you feel the action as well. 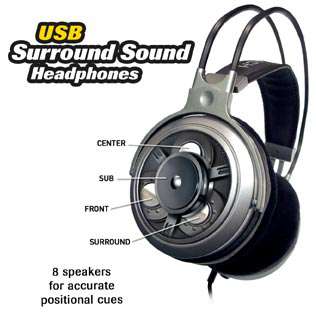 The included Audio Advantage SRM software is the main reason that the AK-R8 headphones are able to produce such standout sound. Without it, the headphones are no better than the HPA that I am using right now, and in some ways, they might be worse.

The HPA for example, include an amplifier that allows you to adjust the bass/surround/center and so forth. The AK-R8 leaves this up to the software. The only button on the AK-R8 is a volume dial. So on a non-Windows OS, such as Linux, the headphones will function fine (using snd-usb-audio), but none of the special features will be enabled, including the vibrating (at least in all my tests) subwoofers.

That aside, the software is robust, allowing you to tweak most anything. There are four primary tabs, the first being one of the most important. Here you can adjust your speaker configuration and also adjust your surround, front and center/sub speakers… all individually. 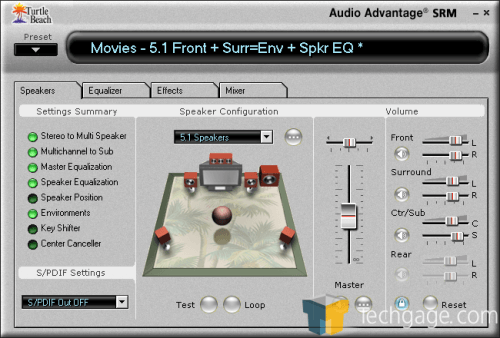 The equalizer consists of eight different presets, all of which are configured well, but in my experience, required slight tweaking. Luckily, there is the ability to add your own presets here. 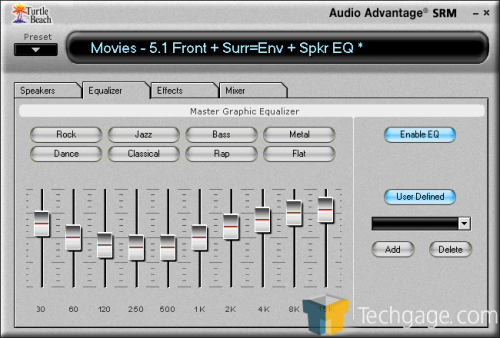 While I am normally quick to push special effects away, I found myself toying around in the effects tab quite often. I chose the Generic environment preset the majority of the time, but I also found Home to offer a more defined and clear sound. Voices popped out better.

In one test with Dane Cook’s “Rough Around The Edges” concert DVD, I found Auditorium better reflected the video. At some points, it really did feel like the show was being watched live. For even further tweaking, you are able to move the speakers around the virtual room, though I’m unsure the purpose. 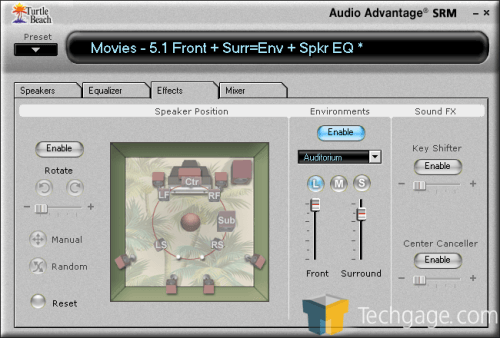 The final tab is for the mixer and includes the master volume control and also the line-in and mic volumes. The sound card included with the AK-R8 includes a small microphone on one side which is designed to allow some sound in. This might sound ridiculous, but its use actually surprised me.

The best scenario to describe is playing a game far too loud and not hearing your cell phone ring. Or a nagging family mate at the door telling you to take out the garbage. With the mic off, you are far less likely to hear anything else that’s going on, but with it on, you can hear outside sounds underneath your audio. 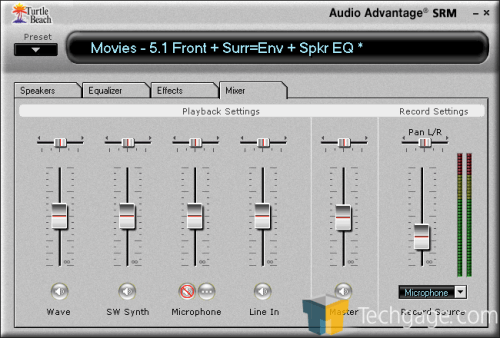 As I discovered, this was not intrusive at all. I gave it a test with a ringing cell phone, and could barely hear it with the mic turned off, but with it on, I could hear it faintly. The outside noise isn’t so loud that it interrupts game play, but rather is just audible enough so that you will not accidentally ignore it.

Another major plus of this software is it’s ability to save profiles. Once you are done mastering the perfect settings for a certain music genre, movie or a game, you can save it to a profile. Once done that, you can load it again at any time, and switch between different profiles without a worry. This is appreciated, because I often found the included profiles a tad lacking for what I wanted to do. 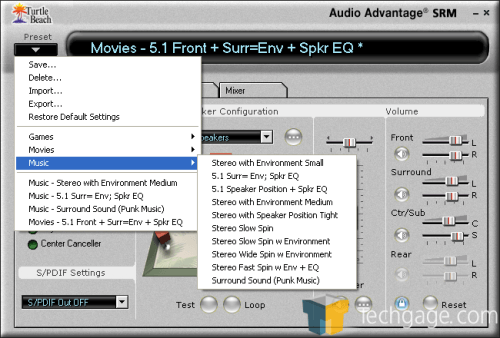 Lastly, for those with high ambition, you are able to tweak all of the available speakers separately. This was a little too time consuming for me and I found the benefits to be nil, but your experiences may differ. It’s nice to have the option, however. 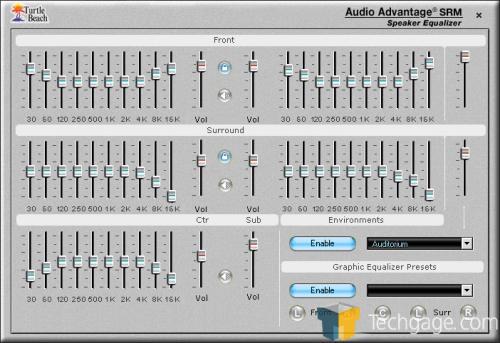 Next, I will cover my thoughts from testing and also wrap up with my final thoughts.