To compare these headphones to the previous HPA I had been using, I used a collection of songs from various genres, as you can see in the foobar screenshot. My music collection is kept in FLAC.

One thing I found out fast during testing is that when listening to these headphones at a high volume, other people in the house might be able to hear it as well. All throughout testing, I often turned the headphones up rather loud to see if any distortion was noticeable, and at various points I would take them off and be surprised at how loud they actually were.

Another thing I found out is that it’s difficult to keep the volume down when things sound this good. I found that it was at high volumes that the headphones came alive. I was unsure about the vibrating woofers at first, but quickly found them to add a lot to the experience, although I don’t think I’d be too pleased with it after many hours of music listening. That… and you shouldn’t be listening to loud music for hours upon hours for healths sake anyway.

Throughout all music testing, I was pleased with the performance and lack of distortion, and the crispness of the voices on top of the music. The bass became very evident during the dance tracks. You don’t only hear it, you can feel it. Luckily, I didn’t find it to be distracting or headache-inducing – and I used the headphones for a few hours at a time. If you are going to get a headache, it will likely be from the loud volume, not the woofers.

When comparing the HPAs to the AK-R8 without the use of special software, I preferred the HPA for normal music listening. Everything sounded a bit more natural and not so in-your-face. However, the AK-R8 offered a better experience in terms of becoming part of the music. The added bass was fantastic. Social Distortion’s “Don’t Drag Me Down” was preferred on the AK-R8 because of that added bass… the result was spectacular. Live tracks also sounded really good, especially if the settings are perfectly tweaked.

But gaming is where these headphones shine, so it was time to put them to the test. I’ve had these headphones long enough to date back to Half-Life 2: Episode Two’s launch, and I used them throughout the entire game play.

Overall I was left quite impressed, but a lot of it had to do with the added bass and perfect set of tweaks. One particular level I enjoyed was near the end with all of the Striders. At some points, you could actually feel the Striders feet stomping on the ground, all the way across the map. It definitely added to the experience.

The other game I tested with was Unreal Tournament III. As much as I suck at this series, I can’t get enough of it. The headphones delivered once again here… I really don’t have any complaints. The bass became evident all throughout the game play, but most notable when firing a large weapon. Even firing from the Flak Cannon would give a little jolt to the woofers… just enough to feel the pain that would be afflicted on the opponent.

I quickly tested a variety of other games as well, and didn’t find myself with any extreme complaints. In the end, where gaming is concerned, I preferred the AK-R8s over the HPAs.

The AK-R8s impressed me more than I thought they would, but again, it comes down to the included software and the enhanced subwoofer. If it were not for those two put together, the sound output would be no better than the HPAs, or other similar surround-sound headphones. That said, the huge array of drivers do well to create a rich experience.

I would recommend these headphones to anyone who’s looking for a killer gaming headset, but there are a few things that might keep people away. The biggest issue might be the price, at an SRP of $150, although it can be found for closer to $110 at various e-tailers. Another downside, I found, was that the headphones could almost go too loud. 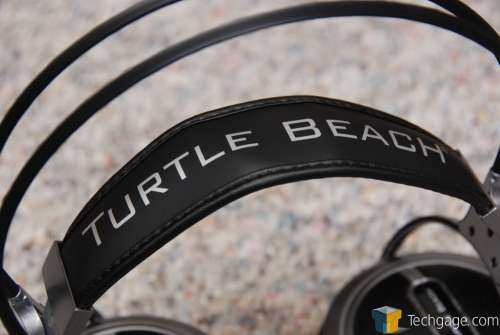 If you do pick up these headphones, I highly recommend turning off all Windows sounds, and any other sounds from applications you might have open. Chances are, even if your music or game sounds loud, the application notification sounds will be even louder and scare the absolute hell out of you. Not to mention hurt your ears.

I am not bringing up this warning for the sake of it, either. When I first hooked the headphones up, I rebooted the machine and heard the Windows start-up jingle. I had thought that the sound was coming out of my Edifier 2.1 set. It was loud and sounded clear. I was surprised to find out it was the AK-R8s though, and I was very thankful I didn’t have them on my noggin at the time. So, proceed with caution.

Overall, the AK-R8 headphones deliver. If you want a richer and more realistic sound, having a good sound card and headphones with audio jacks would be the ultimate solution. This excludes higher-end headphones that would obviously kick these to the curb. But given the price, these are some of the most feature-packed headphones you will find.