The first thing that concerned me with the headset was hearing static. I recently took a look at another wireless headset and had a horrible experience. The static from those was SO bad, that they were virtually unuseable. At that time I had figured that something in the room was causing the static, but after using these X2’s, I now know that was not the case.

In total so far, I have used the headset for around 12 hours worth of gaming. During that time, I heard a static spurt twice, and that was because the base was hidden behind my television. Even with no sound, the static heard was so minimal, that I can’t even consider it static. It was silence.

But the important thing is actual sound quality. For all of the testing, I played Enchanted Arms, Sonic demo and also the NFS: Carbon demo. I am not exagerating when I say I was immediately impressed by the sound quality of these headphones. I had been incredibly wary of the sound, because everything else went so smoothly.

By far, these sound superior to what a normal television will provide. Though these are output stereo sound, at some points I would swear they were 5.1. The directional sound was great for the most part. Even at loud volume, the sound was crisp with no audible static whatsoever. I didn’t go too loud though, because it was needless once I reached a certain point. 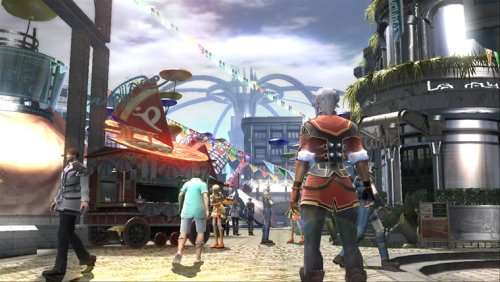 I had some music loaded onto the system, so I gave it a quick listen also. Even in this instance, the sound came out GREAT. So in a sense, you could use this for more than just gaming. Load up a CD, throw on the headphones and go do some housework.

Of course, with all good there are things that could be improved upon. In this case though, what can be improved upon doesn’t really detract from the overall greatness of these headphones. I can’t see myself going to anything else after these…

However, the earcups… are not that large. I don’t have massive ears, but they didn’t cover them that well. So, if you have huge ears, this may prove a little uncomfortable. Luckily though, even though they didn’t feel that snug, not once did they slip off, or even budge. I walked around the house just to test them out, and moving my head around did nothing. 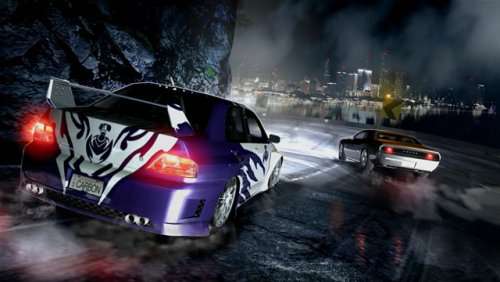 Another thing I will mention is the fact that the controls on the earpieces are ackwardly placed. They are difficult to reach without taking the headset off. It would be more sensible if the controls were on the outside of the headphones, rather than underneath.

Lastly, make the damn things rechargable Turtle Beach! I hate having to worry about whether my current batteries will make it through a gaming session, or having to keep others handy. Sure, rechargable batteries would work, but it would have been far better if there was a built in battery, and the base used to recharge them.

I was skeptical when I first received the X2s. To me, it was almost too good to be true. The fact of being able to play my games late at night and not disturb others was great. It did not take too long however, to realize that this headset delivered in all of it’s promises.

There was no audible static during gameplay, the sound was -superb- for a stereo output, and the microphone was equally impressive. Though I do not play many of my games online, I did hop on to PGR quickly to test it out. The mic was easy to position, and the sound went through to the other players very clear. 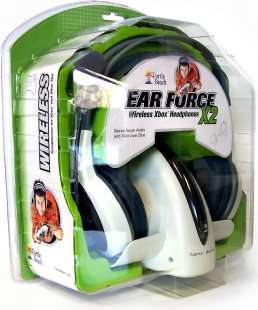 Is this the ultimate Xbox 360 headset? It may very well be. I am left satisfied, and only wish I had known of it sooner. If Turtle Beach took my considerations seriously, this would clearly be one incredible gaming headset.

To my knowledge though, this is one of the very few third party headsets for the console. Actually, I couldn’t even think up another one. If anyone out there knows of other similar headsets out there, that may even prove better, please let me know.

Though I am not that impressed with the overall design, the X2s deliver. For that, I am giving them an 8 out of 10. If you have an Xbox 360 and want a good headset, don’t even think. Pick these up… you will not regret it. Unless you have a huge head, of course.