Ubuntu: Something for Everyone

by Brett Thomas on September 30, 2009 in Editorials & Interviews

For the Linux newbie, Ubuntu is the oft recommended distro, for a few different reasons. It’s easy to set up, works on a lot of hardware, and doesn’t require a manual to understand how to manage it. For the same reason, Ubuntu seems to get a bad rap from more experienced Linux users. I say there’s no need of it, and I’m about to explain why.

Several people, particularly those familiar with my usual anecdotal writing, will be a little confused at this particular editorial. It’s not really filled with wit and witticism (I don’t think), it doesn’t have several differently constructed layers to guide a subtle point home to those who really didn’t bother to think this way before.

No, my friends, this is more of a rant – one that I hope you will read, understand, and maybe even agree with. It’s not meant to change the world, and I know at least one of you will tell me that it would have been better if I’d written some deeper content instead of this “fluff,” and that’s alright.

My name is Brett, and I am an Ubuntu user. Place your “n00b” epithets and insults here.

The goal as a writer of any sort is to make the idea of conveying information an easy process. If we at Techgage write well, you as readers understand the product or process we’re describing. If our testing and methods are solid, you can use the information in your purchasing decision tree (we hope). All in all, our job is to educate – to disseminate useful info to those who want to read it.

I have spent years attempting to do this with Linux, from how-to articles to forum walkthroughs. I’m far from an expert, but I started on Gentoo and worked my way through Debian, Slax and Ubuntu. And at the end of the day, I type this on a Linux Mint box, which is an Ubuntu derivative. I like it.

With that said, recently I was posting on the forums for one of my favorite distros – BackTrack. For the uninitiated, BackTrack is all about security (ok, mostly breaking it) – it’s a great tool for learning, if you’re willing to put in the time. BT4’s Pre-release has been available for a little time, so I figured I’d give it a whirl to replace my BT3 distro. What a wonderful change when I found that the guys had built this version on Ubuntu instead of the old, clunky Slax. Aside from the developers, I guess I was alone in that joy. 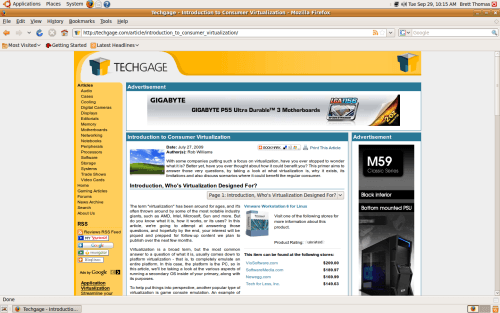 I counted over twenty separate forum posts with users complaining about how “n00b” Ubuntu is, and how users couldn’t believe that a distro with such an elevated purpose would sink so low. As a response to each, devs pointed to a “philosophy” about turning BT4 into a true distro instead of a simple Live-CD environment, offering maintenance and updates. Many people swallowed that pill, but a few even continued their hounding after that. “If you are competent enough to learn the tools in bt,” one user commented, “you should at least be competent to run linux in non-n00b mode.”

Granted, BackTrack is a very specialized distro, and I think there’s a lot of truth to knowing your tools. But if you want to learn the tools of penetration testing, ethical hacking and network examination, is having a distro that requires specially compiled kernels really a help? Security (and its workarounds) is a dynamic field that requires a lot of very routine updates – the “apt” system is, frankly, the best at that. Further, since BackTrack requires the ability to run quickly on a variety of platforms, Ubuntu (with its pre-compiled goodness) is a natural choice.

A bit miffed by this sleight of my ‘Nix of choice, I began looking around the net – and anywhere I went, the Ubuntu hatred was clear as day. From Digg and Slashdot to other distro forums to even the old topics about Dell offering the OS beside Windows, Ubuntu seemed to equal “n00b.” I even went and looked at some of my own old “how-to” server articles at Bit-Tech, and buried in the comments were several questions about why I’d choose such a lousy distro for the purpose. My answer is still the same – I want people to learn Linux, not GCC or compile flags or “make” errors.

So, that’s my intro. Now, here’s my statement: If you think Ubuntu is n00bnix, get over yourselves.

My fellow ‘Nix users, Linux is not some higher purpose. It is an operating system, just like Windows or Mac OS. True, we penguin huggers tend to have a bit of a different societal view, but that’s just it – the free love and choice for everyone mantras are hippy, not elitist. Windows, ‘Nix and Mac OS each have some great strength and some weakness, and not one of them is perfectly suited for every task.

Linus Torvalds did not make Linux so we could thumb our noses at everyone who can’t or hasn’t compiled a kernel. I’ve done my fair share, and you know what? It’s really not all that interesting. And people WAY better than me don’t even know what a good quarter of the flag settings actually do. Here’s a news flash – you’re not a rock star because you accidentally type ‘ls’ on your work computer. 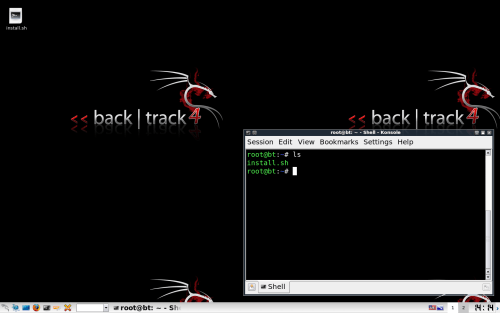 I’m not sure where this misconception came from, but Linux proper is nothing more than the kernelspace and the framework. Everything – and I mean everything – that goes around it is a choice. That’s the entire purpose of it – you can choose a nice desktop system, or choose a lean and mean server architecture. You can choose a GUI to make multitasking easier, or you can choose a command line that allows you finer (though single-purpose) control. And if you’re really oh-so-l33t and cool, you can write your own stuff to make things how you want them.

Ubuntu isn’t n00bnix. It’s Linux with a bunch of robust extras to suit either a more varied desktop environment or a server environment that requires more regular fiddling. At the end of the day, my ‘ls’ functions the same as yours. I just don’t have to wait for the latest patch to compile from Portage. The big difference between all the distributions is really their package delivery and ‘out-of-box’ support, and honestly Synaptic and Apt are way better for a quick “grab and go” than any other system – including Windows.

The world of Linux finally has a front-runner distro that can appeal to a wide variety of users and tasks. It’s a shame that so many who are seasoned in ‘Nix are walking around bashing the one distro that is actually bringing users into the fold, simply because it’s actually useful out of the box and easy to keep up-to-date. In my mind, that’s a success for those of us who still believe in the purpose of Linux – a free alternative with choice. If you don’t believe me, grab the latest Live CD and fire up the terminal. It’s still there – and “ls” still works, I promise. See? There’s a little something for everyone.