The ultra UPS arrived in a rather large box emblazoned with pictures of the UPS and listing the various features. 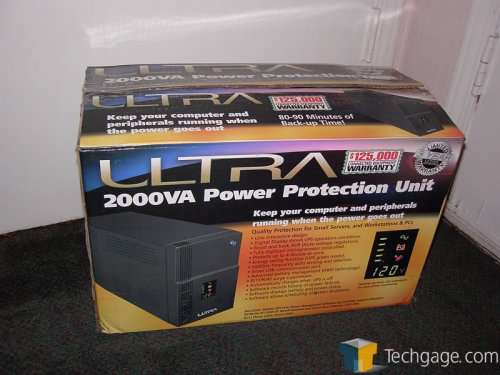 This was in fact the shipping box. As you can see the corners of the box got a bit damaged on the trip to me so I was interested to see what was inside. 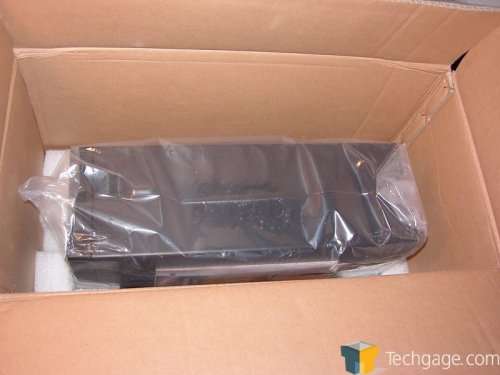 After opening it I removed a piece of cardboard with close-cell foam glued to each end and underneath was the UPS in a large nylon bag. The cradle under the UPS is the same as the top, I just hate including pictures of pieces of cardboard when there’s nothing to be gained from them. 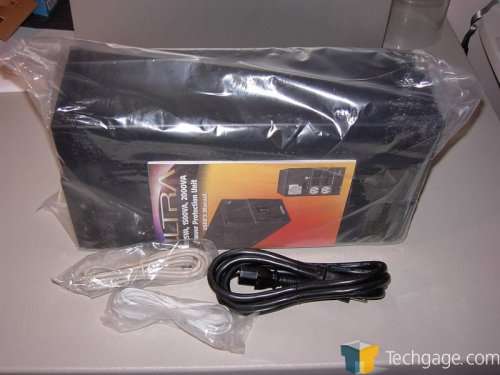 Inside the box along with the UPS you’ll find the USB monitor cable, the UPS power cable (which happily is a standard PC power cable) and a phone cable. The bag that the UPS is packaged in is very strong and thankfully so. With the design of the ends of the cradle under the UPS you cannot get your hands underneath the ends of the UPS to lift it out and instead have to lift it by pulling it up by the upper corners of the bag. It would be nice if Ultra could put reliefs in the foam to allow you to get your hands under the front and rear of the unit. This thing is a trifle heavy at >35lbs. 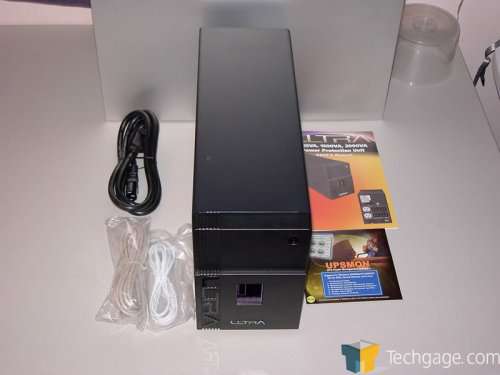 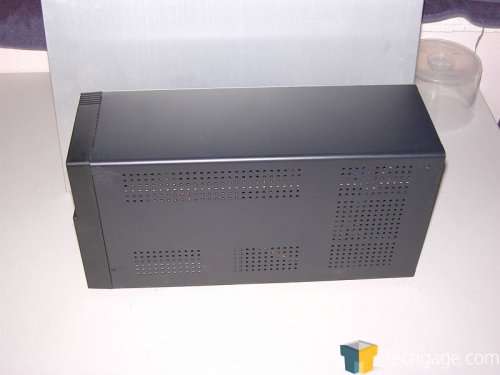 Once it’s all out of the packaging we see the manual and the UPSMON software included with the unit. The manual is very well written and detailed and does a good job in explaining the care and feeding of your new UPS. One thing that I would have liked to see included with the UPS would be a short LAN cable. 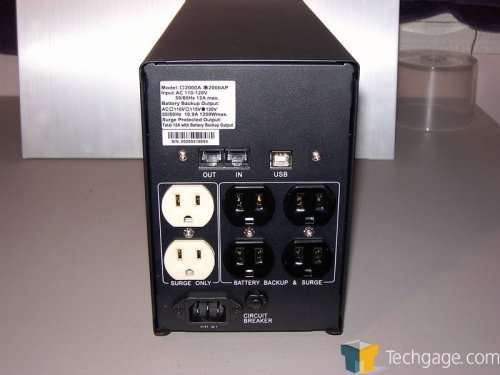 The ports on the rear of the UPS are made up of 4 battery backed up and surge protected outputs, 2 surge only outlets, combination RJ11/RJ45 input and output, USB monitoring port and power input. This is why I say that I wish Ultra had included a LAN cable rather than just a phone cord. If you want to hook your NIC to the UPS you’ll have to run out and purchase a short patch cable. Having your NIC on a surge protector is a nice touch since it can stop lightning damage from cable modems from reaching your PC. After living in a state for several years that gets hit by tornados and the storms related to them I can’t begin to express how handy having your networking on a surge suppressor can be. 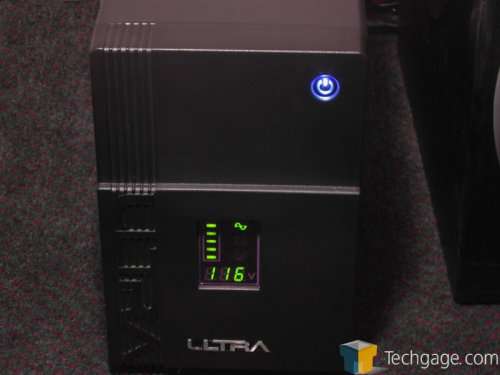 Ultra’s UPS has a nice touch that many of their competition doesn’t, a handy front display unit on the UPS. The unit shows at a glance if your UPS is on line power, battery power or even overloaded. The first image in the article shows what the various indicators look like in the order I’ve listed them. To the left of the status indicators is the battery level indicator. It features five bars with each representing roughly 20% of the battery’s life. Below them is the mains level voltage indicator. This shows the output voltage from the UPS. Though these aren’t a big deal since you have software monitoring they are handy if you’re running anything on the UPS without the PC running. I’ll get into that at greater depth in a bit.