When you first install the UPS you’re told to not hook up the monitoring cable until you install the UPSMON software, after the software is installed you’re greeted by the COM Port screen: 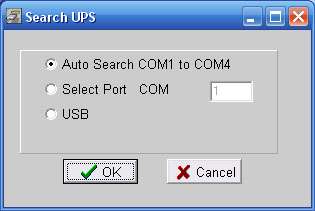 After checking USB press OK and you’ll be greeted by the confirmation screen: 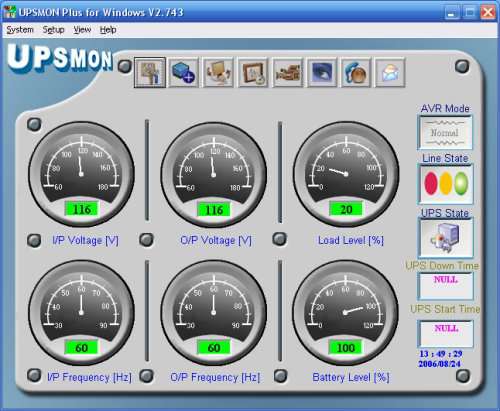 The monitor screen features a set of "dials" indicating the input and output voltages, frequency in hertz, the battery level and load level. To the right of the dials are static indicators that are pretty self explanatory. Above those are the buttons for configuration, self test, COM port search, schedule tasks, record viewer, event viewer, call pager and email notification. 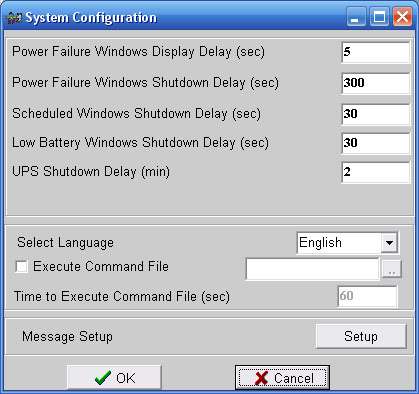 The configuration screen allows you to set the amount of time it takes for the UPS to shut the PC and itself down based on different factors. 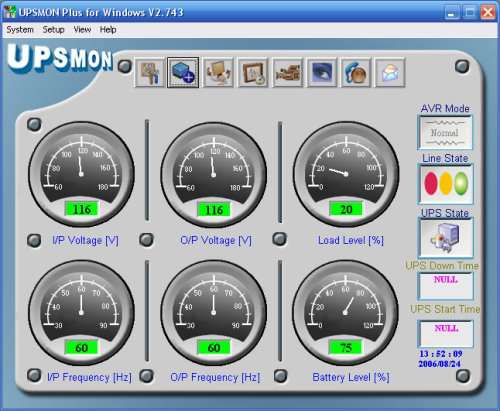 Hitting the self test button shuts the input down for a few seconds although it won’t show up in the input voltage dial since there still is voltage coming in. As you can see by the battery level dial the drop is very evident during the test. It’s also notable on the front panel battery meter. 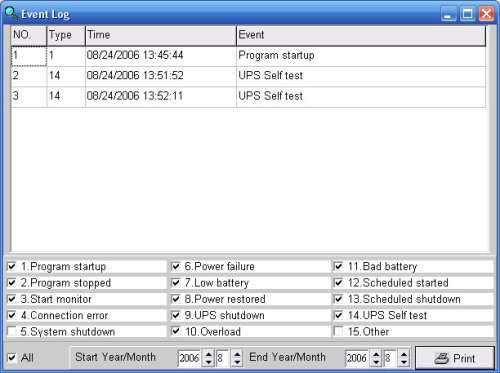 The event viewer shows everything of worth noting and allows you to choose what’s important and what’s not. It’s nice having choice in what you have to wade through when you have a problem. 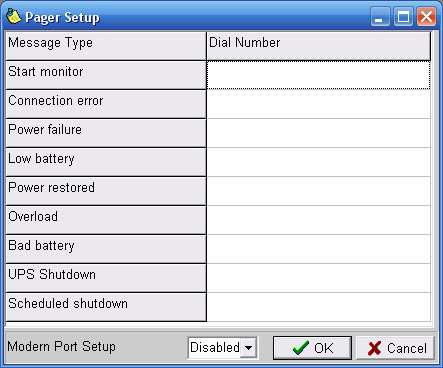 The pager allows you to have your modem equipped PC call the numbers you choose in the event of a variety of reasons. 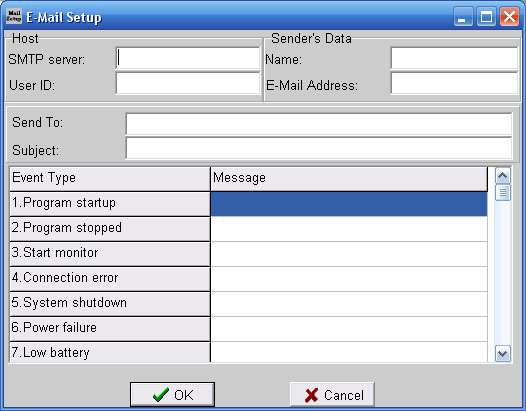 You can also have the PC email you with the message you input for the 7 reasons pictured. 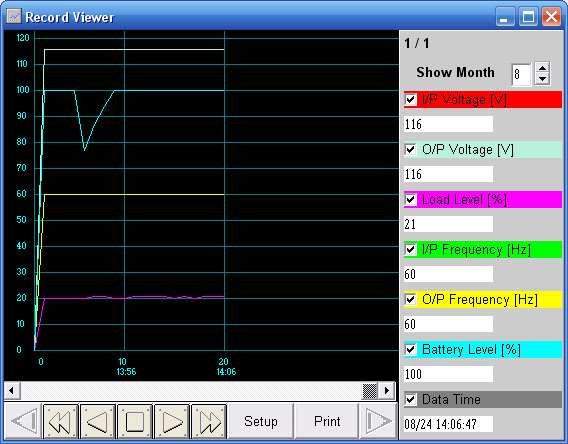 I’ve left the record viewer for last since it’s the most fun to play with. You can drag your cursor along the plotlines and it will show you the levels of the graph and the time that those levels were reached. For instance if I was to put my pointer on the battery level line and drag it to the dip where I ran the self test you’d see that the battery was at 75% and the time was at 13:52:09. You’ll also see the levels for everything else you have enable at that point in time. I find this a very handy and useful feature.

During my testing of the unit I ran into a fair lightning storm, or rather it ran into me. The storm knocked out my power for well over 4 hours. When the power went out I had just finished cooking supper and was sitting down to eat, I have not only my PC running on the UPS but also my lamp next to my desk and a small fan. Anyway, after 15 minutes I decided to shut down the PC and left just the light and fan on the UPS as the only real load. The light is a 20W fluorescent bulb and the fan draws about 30W. Naturally, since I was sitting down to eat I was greeted by a phone call so I sat and gabbed on the phone for a good 30 minutes (15 of those the PC was on) and after I’d managed to persuade my caller that my supper was getting cold I tucked into my food. I spent about another 20 minutes with light before the UPS gave up the ghost which isn’t too shabby. All in all I was pretty happy that it had been able to keep up with my PC, fan and light for a good 15 minutes then keep me in the light for another 35 or so minutes so that I wasn’t in danger of shoving a fork in my eye during dinner.

Ultra claims the ability to run a PC and 15" monitor for 80-90 minutes but I’m pretty certain that my PC is drawing a bit more than their baseline system so I’m not going to fault them there. Right now I’m drawing about 417W from the wall through the UPS and UPS mon is showing it as a 20% load. This gives the UPS a ballpark 68% efficiency level based on putting about a 260W load on it going by the percentage it’s showing in UPSMON. The PF at the wall from the unit is an impressive .98.

Overall I’m very impressed with the Ultra 2000VA UPS. It’s feature packed, gives great backup time and solid as a rock. For the money ($229 MSRP) you’d be hard pressed to find a UPS that gives you as many features and the same power. I’m awarding this unit a 9/10 and our editor’s choice award for being a great deal with more features than you know what to do with.