With the summer heat right around the corner, you need to figure out a good way to keep your CPU cool. Has Ultra come to the rescue with their ChillTEC cooler? As the name suggests, it uses a Thermo-electric Chip to help moderate the temperature of your CPU. The big question is though: Is this Totally-Enormous-Cooler worth your $130?

With summer just starting to rear its ugly head, now is the time of year when we figure out if our recent CPU cooler upgrades were a wise investment. As the temperatures go up outside, so do the ambient temperatures in your home. One category that we have spent a lot of time on in the past here at Techgage has been system cooling. In doing so, we have worked with many different types of coolers and in doing that; have built up a decent understanding of how different designs should perform.

One of the latest trends in PC cooling is the mainstream use of peltier coolers. While this isnâ€™t exactly a new technology to the extreme enthusiasts, only recently has this it been made readily available to the everyday overclocker. A testament to the effectiveness of this technology when used correctly can be seen in our reviews of the CoolIT Freezone and Eliminator. Both of these products use the peltier technology and relative to other coolers in their price range, they work incredibly well.

One company wanting to build on this recent surge of peltier popularity is Ultra. More known for their popular power supplies, Ultra actually offers a wide arrange of products. Many of which we have taken looks at here at Techgage in past reviews. Choosing to call it the ChillTEC, Ultra is hoping that this hybrid cooler has what it takes to gain popularity and find its way into enthusiastâ€™s PCs everywhere.

Shipping in a rather large box, the colorful package displays a picture of the cooler as well as important information about the ChillTEC. 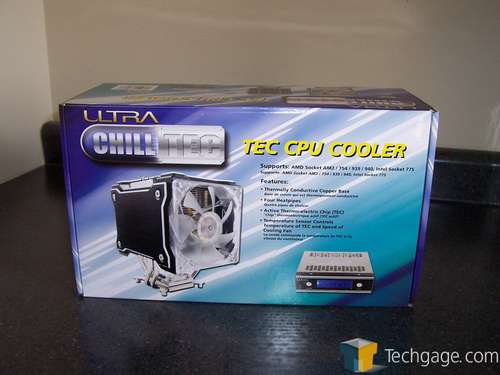 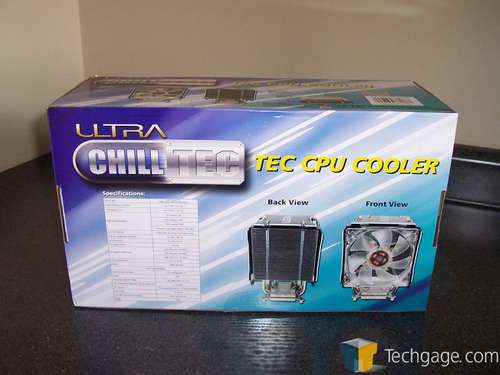 Once opened, we see that Ultra has shipped the ChillTEC in a protective plastic and foam shell. The unit arrived to our bench unharmed, thanks in part to the secure packaging that Ultra uses. 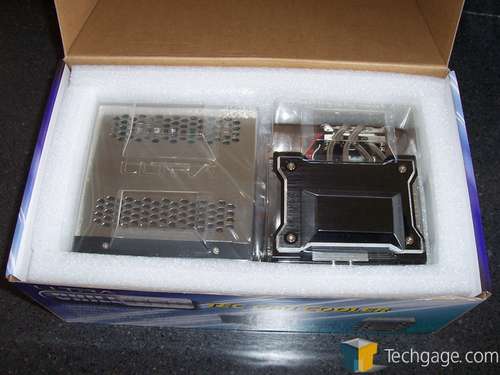 Ultra has included an assortment of mounting hardware. With the ChillTEC listed as being compatible with all modern mainstream motherboards, the cooler certainly has versatility on itâ€™s side. Included with the ChillTEC is three mounting back plates, one for socket 775, one for AM2 and one for AMDâ€™s K8 line of processors (s939). Ultra has also included a clear plastic piece as well as a black piece of insulating foam that must be placed between the back plate and the motherboard to prevent any possible shorts in connections. 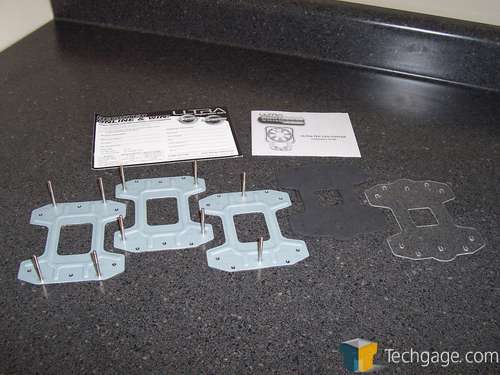 Looking a bit closer at these plates, we see that there are posts on them in different places on each one. These are to be used with the respective socket type and are conveniently labeled on the bottom of the plate itself. 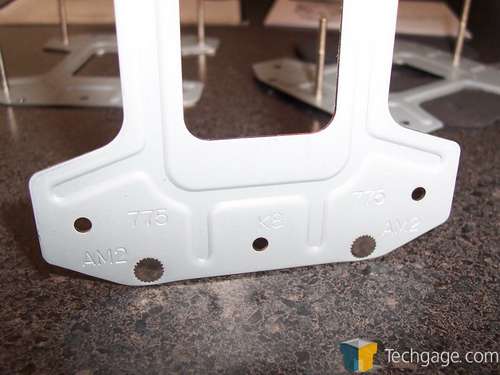 Also included in the kit are various other pieces of hardware that will allow the ChillTEC to be properly mounted onto your socket of choice. There are also four thumb screws with retention springs on them to securely keep the cooler firmly against the CPU. Also included are the necessary cables to connect the ChillTEC to its control unit and a small tube of thermal paste that will not be used in this review. 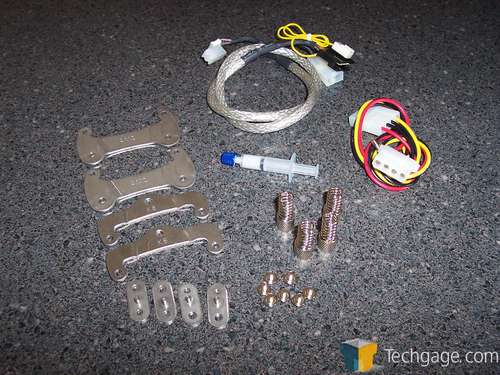 Moving onto the control module, itâ€™s clear that itâ€™s designed to fit into an empty 5.25â€ drive bay in your PC. Built out of polished aluminum with a brushed black aluminum face, the unit looks bare on the front with only a pair of buttons, one of either side of the display. 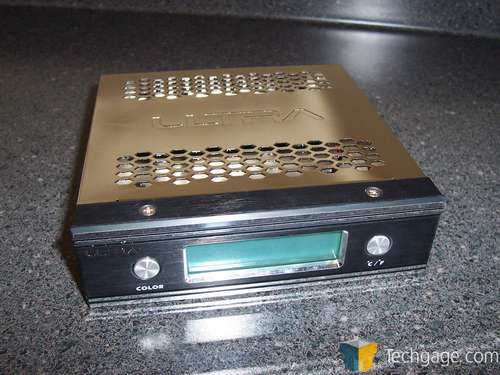 Around back, there are three connections for a standard PSU 4-pin Molex connector, the TEC cable as well as for the thermal probe. These will connect to the ChillTEC itself. 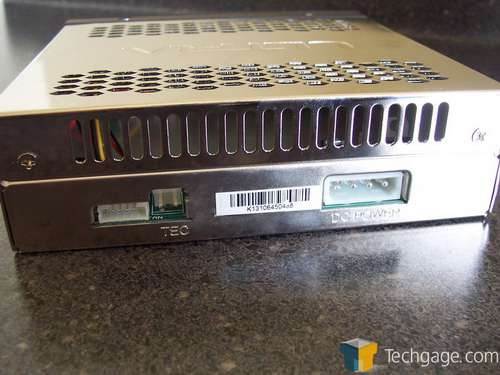 Time to take a look at the ChillTEC itself.