Todays high-end computers can no longer run on 400W PSU’s, it’s a fact. There are plenty of high-end PSU’s out there, but many aren’t that appealing to the eye. If you are looking for a PSU with looks and power, check out our review of the 600W X-Finity.

Without a doubt, newer computers continuously enjoy emptying your wallet due to a forced PSU purchase. Two years ago, 400W would be sufficient for most any computer. In a high end computer today, you would just be asking it to pop. 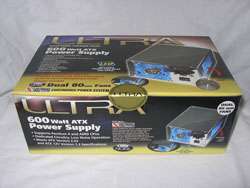 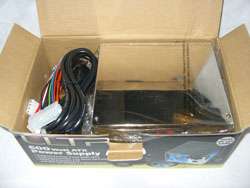 In this review, we are taking a look at Ultras newest PSU offering, the X-Finity 600W. This is no doubt sufficient for most of today’s high end computers. Unless you have an ultra computer with a 6800U/GT SLi setup and many other components, 600W is more than enough power.

As mentioned in the intro, this PSU is not only about power, but also about style. Coming from Ultra, we never expect them to release anything ordinary, or anything that’s not eye-catching. This PSU is no exception, by any stretch.

Likely the first thing to note about the X-Finity, is that it has a window on both sides. This in itself looks cool, but is even made better by the two 80mm fans that emit light from two blue LED’s. 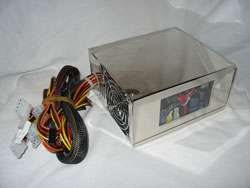 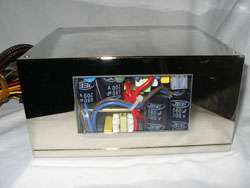