A little birdy tells me that the XVS 600 is an X-2 with the rails "tweaked" to deliver 600W. Looking inside we certainly see that it bears a striking resemblance to the X-2 internally. 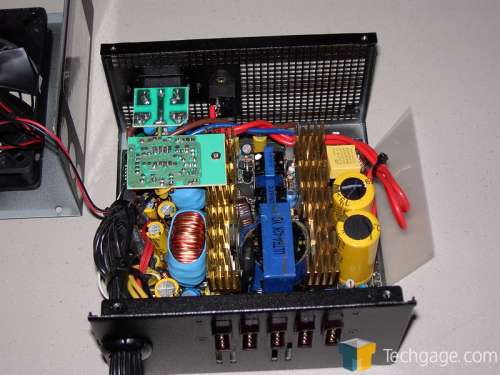 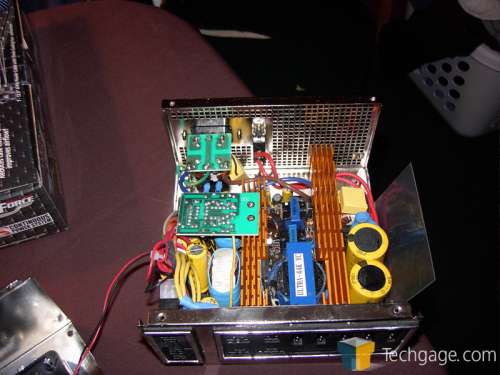 Here’s a shot of the X-2 just for comparisons sake. Amazing the similarity isn’t it? 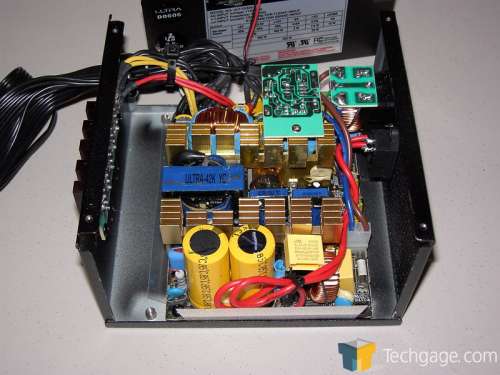 A closer look reveals that they’re indeed the same inside as far as the naked eye can see. 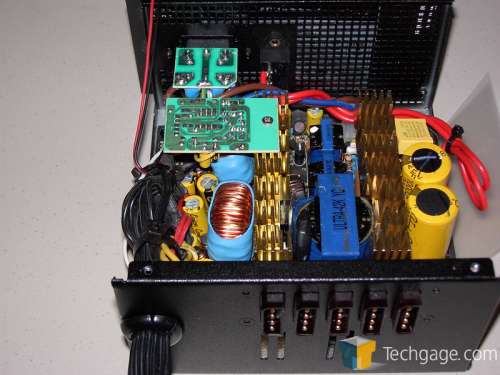 The XVS uses cheaper Capxon capacitors instead of the Japanese Koshin caps used in the X-2. I suppose that the budget has to be found somewhere. We can also see that like the X-2 the XVS 600 doesn’t use active PFC. Will this be an issue? Read on to find out. 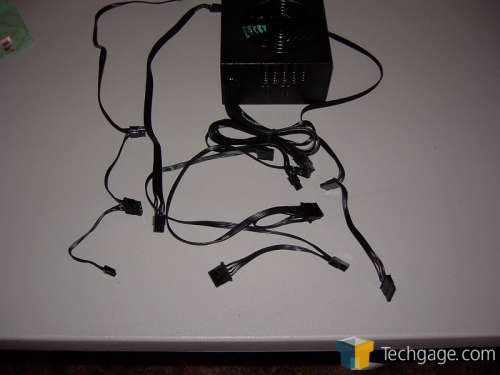 Here’s a closer look at the modular interface, yep that’s it, five molexes. This means that the PCI-e connector has three wires feeding off a single 12V pin and that the SATA power is no better than an adaptor. There’s no 3.3V line since a molex has grounds and 5V and 12V. Right now this doesn’t matter since no SATA drives to date require 3.3V but if it’s part of the standard you can be assured that eventually it will be implemented and when that happens this PSU won’t be compatible. Of course who’s to say that by that time you’ll be using a mere 600W PSU to power a PC system. 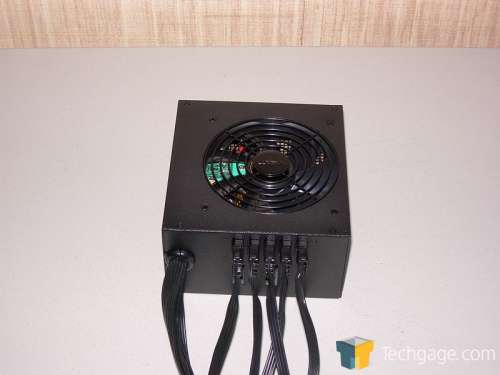 Last but not least a look at the cables and how they look plugged into the unit. All told it’s a pretty clean look and as you can tell the cables are plenty long for use in larger cases.

Now that we’ve taken a look at the XVS 600 let’s hook it up to the tester and see what it’s really made of.