In the past, when I’ve been asked to name manufacturers of high-end headphones, several names would immediately spring to mind – among them AKG, Sennheiser, Grado Labs, and Audio-Technica. Recently, however, I’ve added another ‘name to know’ in high-end headphones to my list – the German maker Ultrasone.

A relatively new company as compared to the other four I mentioned, Ultrasone’s offerings range from the relatively Spartan HFI-15 on-ears to the opulent Edition 9, trimmed in brushed aluminum and rich high-gloss plastic, with sumptuous Ethiopian sheep’s-leather earpads. What does $1500 sitting on your head feel like? Like Ethiopian sheep leather, I suppose.

For our first review from their product line, Ultrasone kindly sent along their $249 (MSRP) HFI-700, an elder sibling of the HFI range. The HFI-700 headphones feature around-the-ear design and closed earcups, as well as the company’s proprietary ‘S-Logic’ technology, which is said to enhance the listener’s perception of a three-dimensional sound field, like one experiences when listening to a pair of high-end stereo loudspeakers.

Other than that, these headphones are fairly ordinary – only two channels, without any crazy multi-driver surround effects (which, I find, generally tend to backfire from a sonic standpoint). Simplicity, however, can be strength, and more than that, it can be a sign that real attention has been paid to the details. 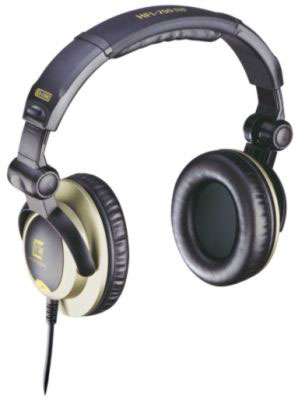 At the $249 price point, the Ultrasone HFI-700s rub shoulders with the Beyerdynamic DT 770, the Sony MDR-7509, and the Grado Labs SR-225 – some very stiff competition from respected names in the business. However, as we’ll see, the HFI-700 headphones bring quite a bit to the table sonically as well, with some characteristics that make them especially appealing for music listening and home studio use.

Ultrasone’s HFI-700 headphones are targeted toward the high end of the consumer audio segment, and Ultrasone’s attention to detail in the HFI-700’s packaging helps reinforce a high-end image. The headphones come in a full-color retail box, highlighting Ultrasone’s ‘S-Logic’ technology, as well as pertinent technical specifications like frequency response and impedance. It’s a bit presumptuous for Ultrasone to call themselves ‘The German Headphone Company’ – I’d be more inclined to give that preeminent title to Beyerdynamic or Sennheiser – but the fact that the Ultrasones come from the land where great headphones are born is encouraging. 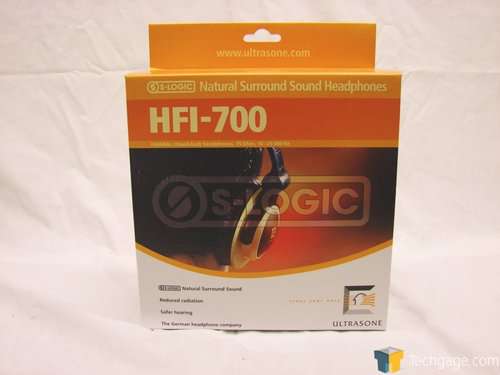 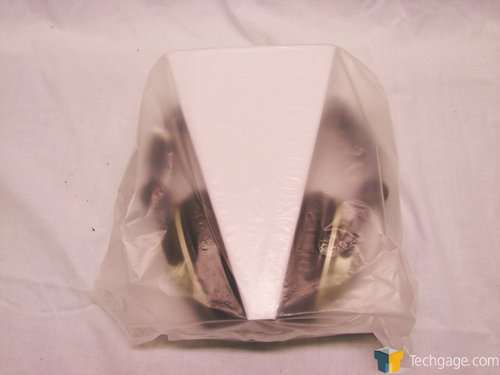 Inside the box, the Ultrasone headphones are cradled in cardboard packaging and wrapped in a plastic bag. By contrast, Beyerdynamic’s DT 770 model (a classic that’s in the same price bracket) ships in a large padded case, but that’s likely because the DT 770 do not fold as compactly as the Ultrasones, which can fit easily in a backpack without fear of damage. Also in the box is a polyester-fabric drawstring pouch silk-screened with the Ultrasone logo, for safe carrying. 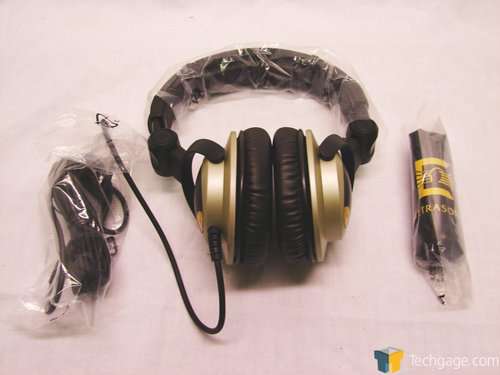 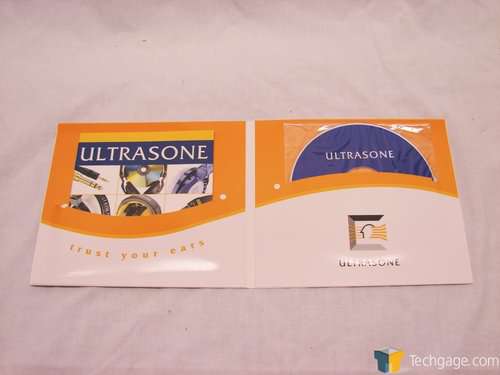 Ultrasone’s packet of documentation includes an audio CD with various types of music (mainly orchestral), for demonstrating the sound quality of the HFI-700 headphones. While the included music didn’t really cater to my specific tastes, it was indeed well-recorded.

As first impressions go, the Ultrasones make a decent one. Though the construction of the earcups feels fairly lightweight, they feature real leather ear pads, as well as plenty of curved surfaces – which should help them avoid internal reverberation. The headband seems well-designed and sturdy – by spreading the cups far apart, I didn’t feel I would in any way break the headband. The real proof, however, is in the pudding, and the proof of the pudding is in the eating, so we’ll have to wait until the ‘testing’ section of the article for more pointed discussion of comfort and sound quality.