Ultrasone’s HFI-700 headphones may look fairly ordinary, but there are plenty of performance-enhancing features and thoughtful design touches that set them head and shoulders above most ‘consumer’-level headphones. Here’s a look at the features of the HFI-700. 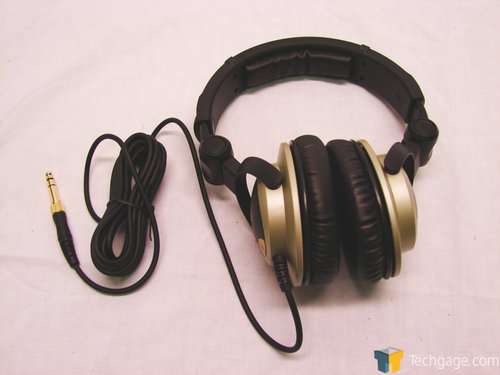 The Ultrasone HFI-700 are 2-channel, closed-back, circumaural headphones. They’ve got a generous ten-foot cable, and plenty of padding for comfort, including an additional leather-trimmed pad up top. Styling is understated, for the most part – the headband is completely black, with “HFI-700” printed tastefully in yellow in the center.

The earcups are of gold plastic, and feature curved surfaces that, together with the “S-Logic” driver placement, prevent the formation of internal standing waves that can cause frequency response irregularities. The single input cable enters through the left earcup, and the right-channel signal travels through a small wire through the one-piece rubber headband to the other earcup. 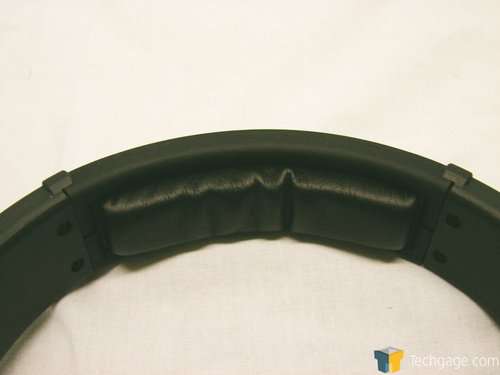 The earcups of the HFI-700 headphones are multi-jointed, and can tilt and swivel in just about every conceivable manner to suit any head size – I even had my big-headed friends try them on for fit. The earcups themselves tilt and swivel, and can even be folded up into a tiny package for carrying in the included pouch. They feature soft leather pads that seal nicely against the head, and are much larger and significantly more comfortable than the Altec Lansing AHP524 headphones reviewed in May (a perfect example of what I mean by ‘consumer’ headphones). 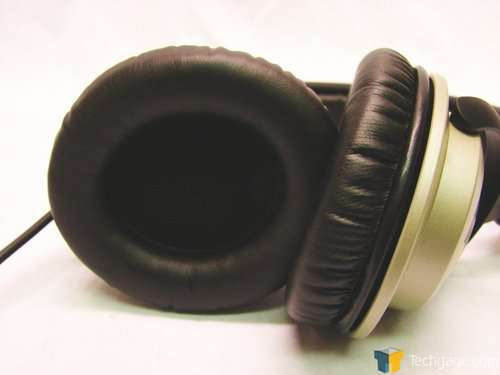 The HFI-700 headphones feature 40mm Mylar drivers that are ‘gold-sputtered’. The company has other headphones which use 50mm titanium-coated drivers; the ‘sputtering’ process simply deposits a layer of the metal on top of the diaphragm surface using a ‘vapor deposition’ technique commonly used in the making of high-end studio microphones. Metal coatings are used to extend the upper frequency response of drivers by stiffening them, without adding a large amount of additional mass.

So why use gold? Gold is a softer metal, which would begin to damp vibrations in the very top end of the frequency spectrum as the accelerations applied to the diaphragm become large enough (that is, at high frequencies) reach the point where the gold layer begins to deform. The 40mm drivers still offer plenty of ‘oomph’ in the lower ranges, and their 75-ohm impedance means that your sound card won’t have to work as hard to drive them to high levels (not that we recommend this). 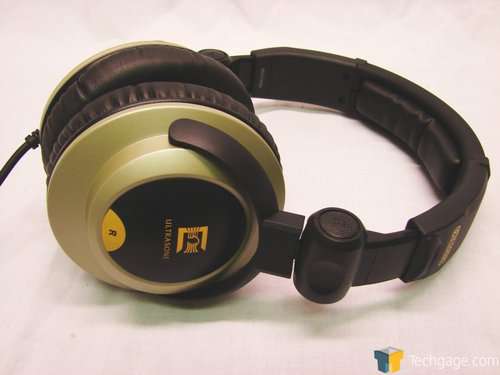 “S-Logic” is Ultrasone’s highly-touted technology for providing ‘natural surround sound’ from 2-channel headphones. If you’re thinking some half-baked DSP algorithm, think again. Here’s how it works: When you hear a sound, the shape of your ear lobe creates frequency response variations in sounds that originate from different directions, which your brain interprets (along with phase information) to determine where a sound originated.

A drawback of conventional headphones is that the center of the transducer often fires directly down your ear canal, causing much of this positional information to be lost, and causing the sound to sound as if it’s coming from inside your head. Ultrasone’s ‘S-Logic’ technology involves firing the headphone driver at an upward angle, toward your ear lobe, where it can reflect and enter your ear much like a natural sound from outside your head. I’ll comment in the ‘listening testing’ section on how well this works.