For my listening tests, I listened to a variety of music and gaming program, served from my ‘reference’ PC, which takes a ground-up approach to sound quality. In addition to the high-quality ASUS Xonar D2 sound card (which I reviewed in September), fed with audio CDs and high-quality 192kbps WMA and 256kbps MP3 files, my ‘reference’ PC also features a microprocessor-controlled silent cooling system, which minimizes background noise. The headphones are driven directly by the sound card’s output stage, which features Burr-Brown DACs and op-amps, and is capable of 5Vpp voltage swings, which is enough to drive even the most difficult headphones.

To begin my critical listening, I picked a well-recorded album that’s in the spirit of the season, Josh Groban’s new release, NOEL. The entire album features the London Symphony Orchestra for accompaniment, as well as guest vocalists and instrumentalists like classical guitarist Andy McKee, featured in the CD’s second track, “Little Drummer Boy.” The HFI-700 headphones articulated the fine detail of McKee’s playing, while rendering Groban’s characteristic warm voice smoothly and richly – indicating that while the HFI-700s have a slight lift through the upper midrange, they’re mostly ‘flat’ without an ear-fatiguing lower-midrange suckout.

The HFI-700s are very well-spoken, though a bit less laid-back than other high-end headphones like the aforementioned Beyerdynamic DT 770. The more ‘forward’ character makes them satisfying to listen to, since they seem to pick out and slightly emphasize audible detail. 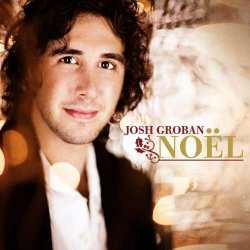 The Ultrasone HFI-700 feature a voicing through the bass range that’s closer to ‘flat’, without the DT 770’s slight lower-end lift. For this reason, I’d choose these headphones for studio monitoring applications – the flatter bass range helps to ensure that the bass on the final recording will be satisfying, instead of having been pulled way back to sound ‘flat’.

The HFI-700’s bass is far from anemic, however – in Groban’s “The First Noel”, a duet with Faith Hill that culminates in a spectacular gospel finale, there’s real, head-compressing synth bass that’s both deep and authoritative – rest assured, though there’s no artificial lift, these headphones can deliver plenty of satisfying lows when the program material calls for it.

What about that ‘Natural Surround Sound’ effect that’s so highly advertised by Ultrasone? When compared with traditional headphones, the S-Logic design does seem to be effective at creating a more diffuse sound field that seems to come from outside the earcups. While it won’t emulate a front soundstage, it does help take the music outside your head, instead of sounding like the orchestra is playing inside it. The effect, in addition to being nifty, and lending a more ‘panoramic’ character to the sound, also makes these headphones very listenable for long periods. 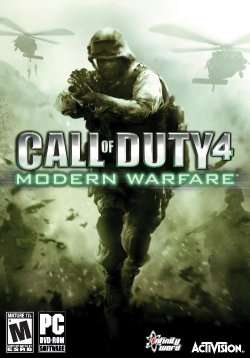 Can high-end 2-channel headphones make a huge difference for PC gaming? As far as today’s modern games are concerned, the answer is a resounding “Yes!”. To test these headphones for gaming applications, I used Activision’s Call of Duty 4: Modern Warfare. With the level of detail these headphones are capable of retrieving from the source material, I was able to accurately locate the source of even the most subtle sounds, and the extended deep bass gave a terrifying realism to explosions. If you’re looking for the extra edge in gaming, don’t go for gimmicky, half-baked “surround-sound” headphones – a really good 2-channel set like the HFI-700 will do more for your game than those ‘surround headphones’ ever did.

I won’t beat around the bush – the Ultrasone HFI-700 headphones not only sound great, but they’re comfortable as well. Velour earpads can feel like you’re wearing a stuffed animal, but the HFI-700’s foam-filled, leather-wrapped earpads have a slightly more utilitarian feel that’s also less likely to pick up body oils.

Some headphones clamp your head in a vise-like hold, but the HFI-700 headphones stay in place without exerting massive side forces on your ears, making them an excellent choice for studio applications – where headphones are often worn for long hours. The HFI-700 aren’t flimsy, yet they do manage to be fairly lightweight. You won’t forget you’re wearing them, but you won’t feel your neck drooping after long sessions, either.