by Jamie Fletcher on February 3, 2012 in Gaming

Futuremark is well known in the gaming community, but not for its games. Better known for its benchmarks such as 3D Mark, it’s proving itself capable of more than just synthetic tests. Shattered Horizons was its first foray into making games back in 2009. Keeping the space theme but moving back in time, we have at our digital hands, Unstoppable Gorg!

It’s 1950-something, Humans in their industrious and explorative nature have colonies dotted all over the galaxy. We are bristling in all our monochromatic glory; but what’s this?

Super Destroying Terror Aliens from beyond the stars wobble their ships and descend firecrackers upon our helpless colonies, mocking us with their perfect English words and rubber masks! Only a 50’s style action hero and his totally not selfish adoration for the ladies can save us!

Unstoppable Gorg takes on the genre of Tower Defense, setting up turrets with the sole purpose of destroying wave after varying wave of assaulting swarms of Gorg… and asteroids… and giant toasters… and anything that isn’t stapled to a planet (with really big staples!). There be a twist in this grand scheme of TD based gaming, a revolutionary twist no less, a twist so revolutionary it’ll turn your MP3s into gramophones! 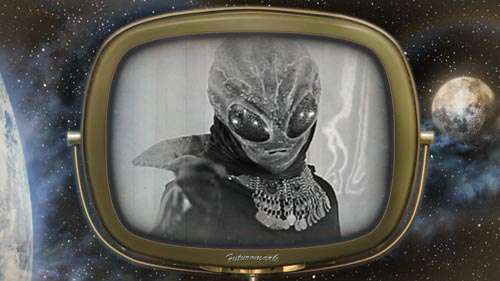 You see, you must defend your technicolor worlds of wizardry in the stars with satellites of varying proportions and lethality; but what good is a satellite that can’t move? That’s right people, you can control the orbit of the satellites! Yes, a revolutionary twist so grand you never saw it coming, like a health and safety inspector digging through a 1950s schoolboy chemistry set. 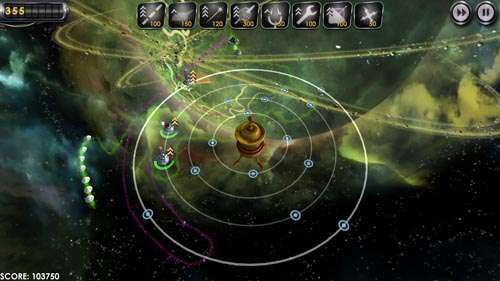 This twist is rather devious in execution. While alien flight paths are marked out for you, sometimes several at a time, there are free moving objects to defend against too, such as those pesky asteroids and forboding apocalyptic missiles of doom (and freaking lasers, man!).

There are several orbital rings with which to place satellites, with the ability to control each orbit’s rotation. Single or multiple satellites can be placed in each orbit, so when you rotate one, you rotate all in the same groove – I’d quote a song now about spinning records round, right round, baby… but that song hasn’t been made yet.

As wave after wave of suspiciously spaced invaders descend upon very suspecting colonies, you not only have to pick the right turret, but move it to the right place – in space! 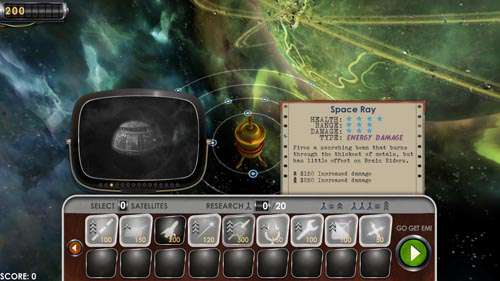 While things start slow and gentle, the difficulty ramps up rather quickly. Many trials and lots of errors later (but no swearing, that’s just not decent), you will eventually be rewarded with that elusive Hero Medal for a perfect run – just as you should, since that’s why we save the world, not for pride nor for the preservation of the human race, it’s for the medals. 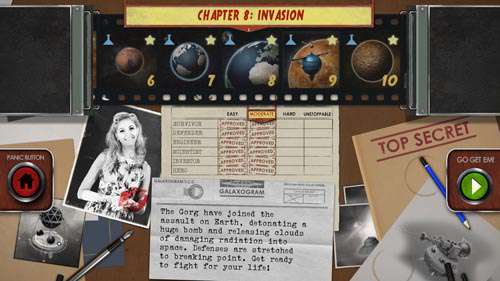 The difficulty will leave many folks clawing at their own brains, and often other people’s too for the purpose of storing them in jars. In fact, gameplay can be overwhelming as you try to manage funds, turret type and placement, all in real time with only the satellite selection screen giving you details of what’s to come (which is only visible at the beginning of a run, not after). Succeeding on your first attempt is very unlikely. 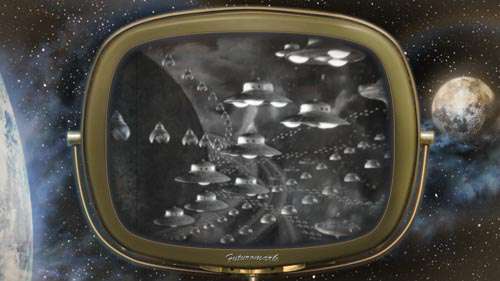 Unstoppable Gorg is beautifully presented like a polished chrome hub in the middle of an alien invasion, as you see the reflection of the imminent doom. A novel twist on an old genre, though it may be asking you to manage too much at the same time. Great for the Tower Defense veteran, not so great if you’re new to the genre.