by Robert Tanner on February 3, 2010 in Software

Microsoft may be selling Windows 7 exclusively on DVD’s, but did you realize that it takes very little effort to create a bootable thumb drive and install from that? We’re taking a look at two popular methods of accomplishing this, and as you’ll see, it couldn’t be easier to install Microsoft’s latest OS onto a PC with no DVD-ROM. It’s faster, too!

Gone are the days where a floppy drive is needed. In the extraordinarily rare event some device’s firmware (such as a graphics card BIOS) requires an update, it is possible to mimic the floppy drive entirely without ever having to install one. In short, a program that creates a virtual floppy drive and some quick, creative formatting of any USB flash drive can turn it into a convenient “floppy disk” with the requisite 1.44MB capacity limitations.

For this article we are going to keep it simple and show how easy it is to take a Windows 7 DVD (or an already ready ISO file) and image it to a 4GB or larger USB storage device. This USB device can literally be anything with a minimum of 4GB capacity that plugs into the USB port and is detected by the computer’s BIOS as a drive. MicroSD, SDHC, flash drives, USB hard drives, just about any will work! That said, for the sake of performance and ease, we do recommend high-capacity USB flash drives for the best results. If the USB storage is too slow, it will increase the time required for the OS to install.

Why might someone be interested in doing this, you ask? Convenience and speed are two big factors here. While Windows 7 already installs in not quite half the time required by Windows XP, it can actually be faster. What may surprise many enthusiasts to learn is that the DVD drive has become the bottleneck on a moderate and especially higher-end performance system. 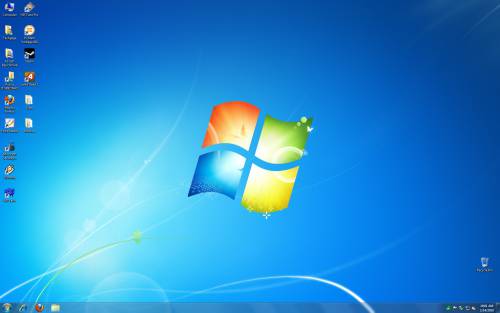 Out of personal curiosity I recently installed Windows 7 using two different SATA-based DVD drives (a Sony and a Lite-On) and the install times were around twelve minutes each. On the other hand, when using a regular 16GB USB flash drive, the time taken from the HDD configuration screen to reach the finished desktop was only a little over seven minutes! Switching to a USB flash drive saved almost five minutes off the already amazingly short install time!

For anyone that must regularly install Windows 7 on computers, this can quickly become a time saver, and for those that have that older computer in the back room or servers that lack optical drives, this provides yet another option. Floppy and CD drives have almost been completely exorcised from today’s systems, and regular DVD drives are starting to show their age. 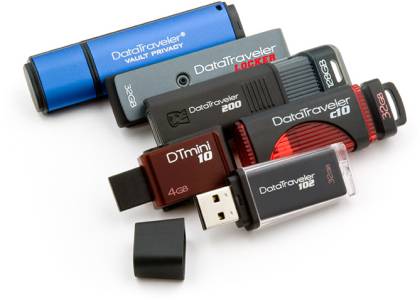 There are plenty of students who have ordered the special discounted version of Windows 7 online, yet all they receive are a few files and an .exe to run inside Windows. Some quick Googling will turn up several ways to convert these files to an ISO image.

Whether you are a student, a network administrator, classroom teacher, computer enthusiast, or simply someone that’s come to the abrupt realization they are out of spare DVDs, there are plenty of reasons to have a spare USB flash drive with Windows 7 on it laying around. Let’s not forget that the Windows 7 installation media also doubles as a bootable last-ditch recovery disc!

Before we begin, lets note that USB 2.0 is limited to 35MB/s throughput as a best case scenario. Most memory cards tend to fall around 20MB/s, but flash drives are almost random. Any flash drive bought today has the potential to max out the USB bus, yet there are still some that won’t be any better than 15-20MB/s. A DVD drive offers a best case of approximately 21MB/s, so we recommend using any USB flash drive or memory card that can do the same or better. A quick check with any free disk utility such as HD Tune will let you know.