Are you looking to add eSATA or S-ATA storage to your PC, but your motherboards lacking a few connections? We are taking a look at a slew of Vantec products that take care of all your S-ATA needs.

In this great hardware industry, it’s not uncommon to see standards upgraded time and time again. DDR1 to DDR2, ISA to PCI to AGP to PCI-E, Socket 7 to Socket 775, et cetera. This means constant upgrades to the consumer, and that sometimes leaves them in the dark when they only want a simple upgrade but find out that they need to upgrade their entire system.

Case in point: S-ATA hard drives. S-ATA wasn’t commonplace until a couple years ago, so some older PC’s don’t have any ports but instead rely on the good ‘ole IDE connections. Today, it’s much easier, and sometimes even cheaper, to go with an S-ATA drive over an IDE. Both types have their benefits, but S-ATA is obviously the current and future. Tighter connections that allow better airflow, and overall better bandwidth.

Vantec has a slew of eSATA/SATA products that are developed for people with various needs. Have a computer that only had one or two S-ATA ports to begin with, but need more? Have a computer that has no S-ATA ports at -all-, but see a good deal on a drive? Use your notebook as a desktop replacement, but want to be able to connect to external storage? All of these issues we will tackle today as we take a look at four different Vantec products. 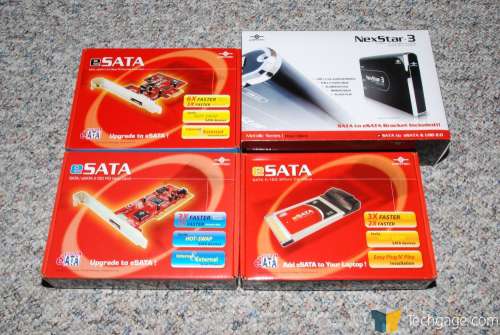 All of the products we are looking at offer eSATA support, but since I don’t have any eSATA drives, I will be sticking to S-ATA.

The first card we have is the UGT-ST300 which is PCI based. For this card Vantec notes that it is 3x faster than USB 2.0 to give us S-ATA 150MB/s speeds. Note that the card has an internal connector as well as an external. The external is for eSATA and the internal for S-ATA. Both drives use slightly different connectors, so you cannot get away with using an S-ATA drive externally here. 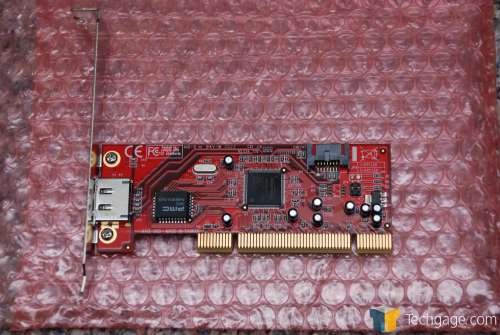 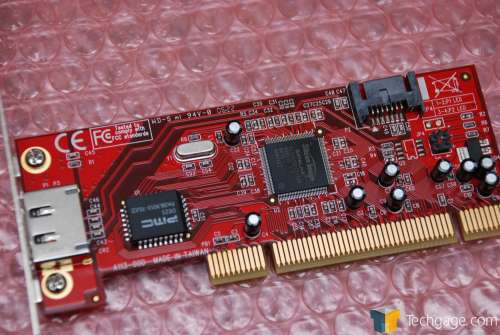 The PCI-E version of the card is much smaller overall, even the S-ATA chipset itself is about half the size of the one on the PCI card. For this card, Vantec notes that it’s 6x faster than USB 2.0, to give us a 300MB/s, or 3Gbps that new S-ATA drives offer. This card also has two connectors, the outside being for eSATA and inside for S-ATA. 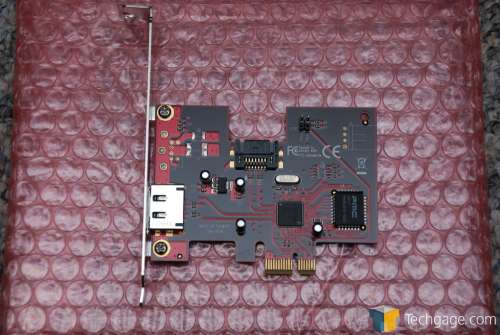 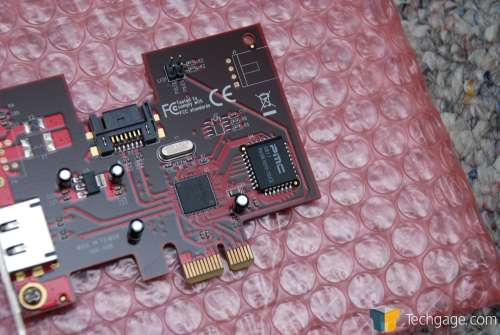 If you are a laptop user, Vantec has a PCMCIA version of the card, which has the same 150MB/s specs as the PCI card. Here though, are two eSATA ports instead of just one. Since there is room for two, it would have been nice to see a single eSATA and single SATA, instead of dual eSATAs. 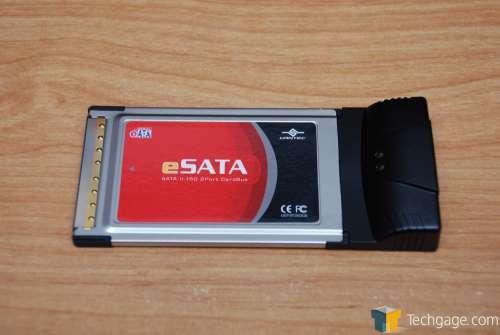 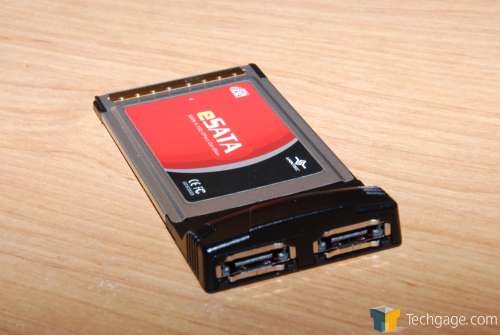 The enclosure is small, but large enough to hold a 2.5″ hard drive. It looks like the other NexStars, and that’s a good thing. 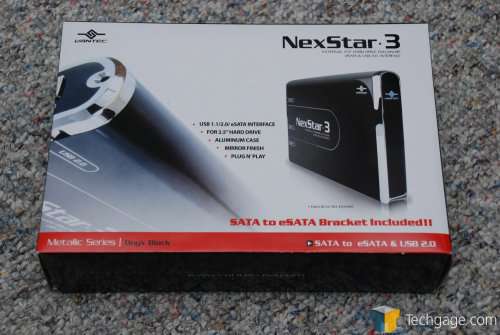 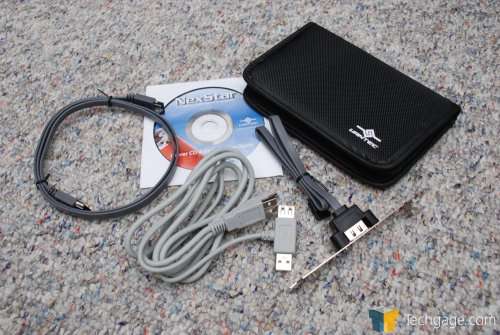 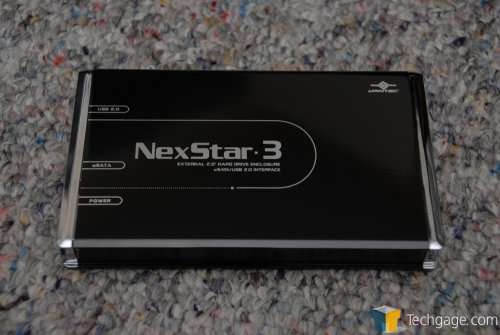 Installing either the PCI or PCI-E card is a real breeze… just install like any other card. If you plan to use an S-ATA drive, you connect the cable to the card instead of the motherboard. You will need an S-ATA power cord from the PSU for it to function though. For an eSATA operation, you can simply plug it into the back of the card.

Since I didn’t have an eSATA drive on hand, the PCMCIA card will not be tested. Installation should prove the same though. Insert the card, install the driver, then plug the hard drive in. Simple.