The NexStar SX arrived in an elegant-styled box that again, includes various information plastered about. It includes the enclosure, software, screws, protective pouch and also a USB cable. As an added bonus, you will find a small screw-driver as well. 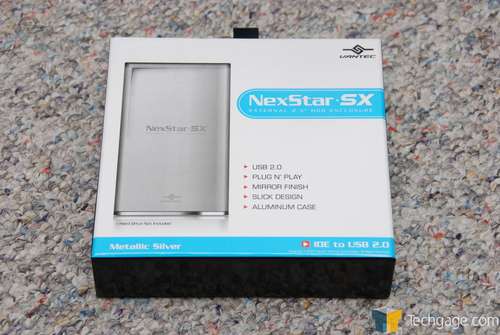 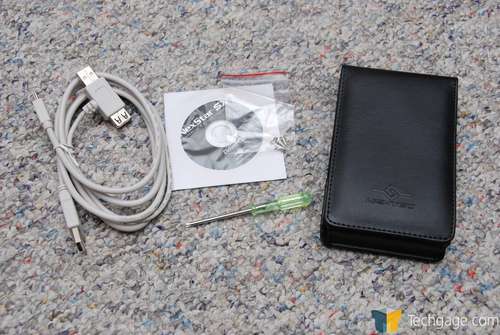 I admit.. this is one of the cleanest looking enclosures I’ve come across. I am still a fan of my black NexStar 3, but this one is designed a little differently. Each side has a tab that can be pushed in, which allows you to slide off the top and bottom, though the bottom serves no purpose. 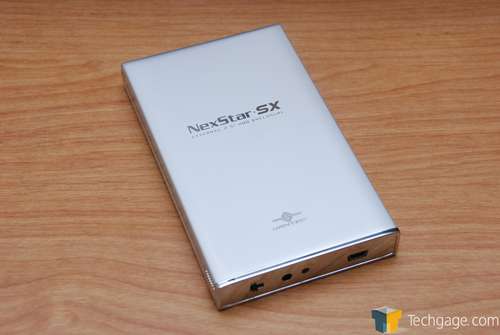 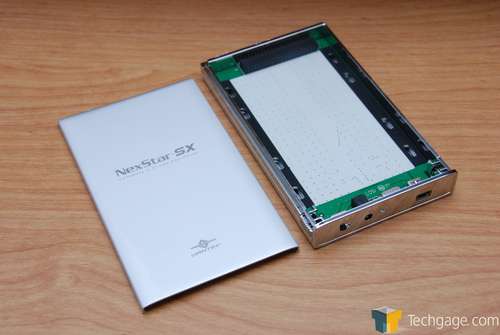 Once off, plug in your hard drive and place the top back on. It’s as easy as that. From then on, you connect a USB cable from the enclosure to your PC and you have instant access to your files. Vantec sent me an IDE version of the enclosure, and since I don’t have an available IDE drive, I could not test it out. Vantec’s NexStar 3 which I’ve come to rely on has never let me down, so I wouldn’t expect the NexStar SX to be any different.

Overall I am impressed with both products here, although I didn’t get to test out the performance of the NexStar for the reasons mentioned above. I did however perform a few quick tests with the EZ Swap. Using HD Tach RW/3, the drive recorded a burst speed of 132.0MB/s, average speed of 48.4MB/s and a latency of 14.1ms. There is virtually no speed loss between using the drive in the enclosure and having it installed directly to the computer. So when you plug it in, there will be no bottlenecks caused by the enclosure.

As a second test, I copied a 4GB folder to the drive, twice to verify accuracy. Within this folder are 4,809 individual files. The entire process took 2:28, or an average of 27MB/s. Great results overall. 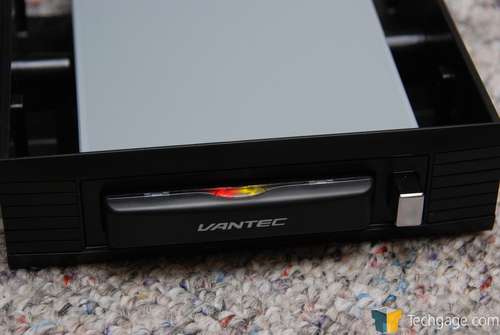 Do I recommend the product? I do, but it might not be for everyone. First, the enclosure retails for an average price of $35, which I consider to be an impressive value. Normally I look at enclosures that cost more than that to begin with, but here is one that delivers hot-swap-ability and also sheer speed. You can also eject the drive and use as a USB drive on the go, which requires you carry around the cable, or have access to one wherever you go. It uses a standard USB cable, which are very common. You could use the one that’s included.

Overall, this is a well-designed product that works well and has a reasonable price. For that I am awarding it an eight out of ten along with our Editor’s Choice award.