by Matt Serrano on November 21, 2007 in Peripherals

Wacom rarely release new products, however last month saw the launch of the Bamboo and Bamboo Fun tablets. We are taking a look at the latter, which is designed not for professional artists, but casual users who want to get more out of their PC. Have Wacom impressed us once again?

Tablets have had a market for years now. Graphic artists have preferred to use them because they offer control far superior than what mice give them and average consumers have learned to take advantage of them to do simple editing with digital photos and taking notes.

The newest additions to Wacom’s budget lineup were recently announced which included the Bamboo and Bamboo Fun, replacements for the company’s Graphire line (though the Bluetooth model is still being sold), were introduced.

Even though both share the same name, the two products have different goals. The Bamboo is dedicated to work-related activities, making notes and writing quick documents or signatures, which I would consider more of an accessory to a workspace.

As one would expect, the Bamboo Fun is aiming itself towards people who are interested in a tablet for recreational use. True artists have the Intuos to fondle, so that leaves people that are interested in picking it up simply because of their curiosity. That may not sound very enticing, but I could see someone picking one up on a whim, if not for the included software or giving one to a child.

The other differences between the vanilla and “Fun” model consist of an added medium size, included software, and eraser for the Bamboo Fun. Extra colors, silver, white and blue are also options, compared to the vanilla Bamboo’s only option of black.

I’ve personally looked at many of Wacom’s products in the past with glee. I haven’t met many people with the willpower to resist drooling over the Cintiq, for instance. Sure, most people could do without tablets, but they’re a nice thing to have if you don’t want to break out a mouse for fine editing.

Wacom put a lot of effort into the packaging for the Bamboo plus with the new refresh. The box shows the tablet sitting on a green background with doodles and a text backdrop. The artistic styling fits perfect with the market Wacom’s trying to appeal to, considering they’re pushing it for people who want something that recreational and personal use. 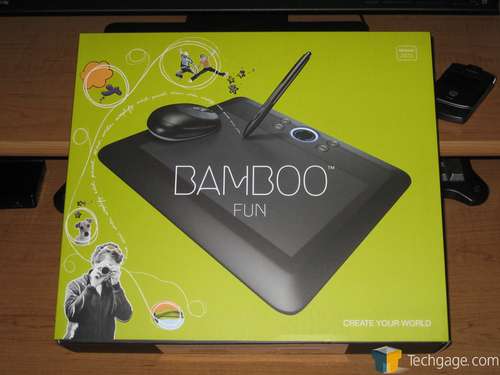 Edit. Paint. Draw. Write. Simplify. I don’t know if I agree with the last one, but they did an awesome job summing the product up on the backside of the packaging. It gets the point across and keeps things simple. Hey, I’m still smitten. 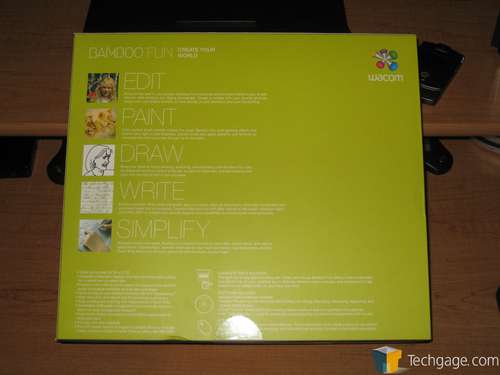 Wacom made a nice touch with the greeting inside. Once the inner box is slid out of its cardboard casing, opening it reveals a note “This is your Bamboo. Use it to get more out of your computer. Let us know how it goes,” written in different languages with signatures and smiley faces from the staff. 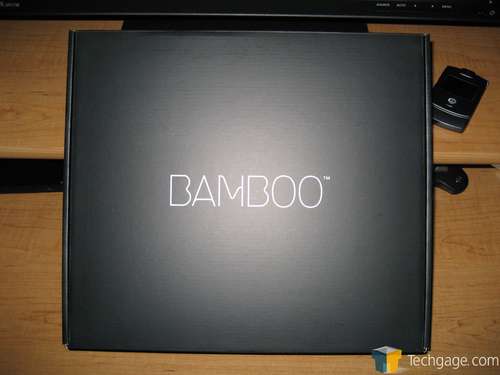 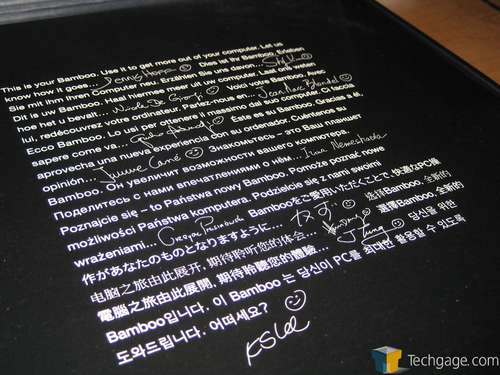 The tablet is held on top, and inside there’s the tablet itself and a USB cable, mouse, pen, penholder, extra tips, instruction manual and a DVD that includes the drivers and software. 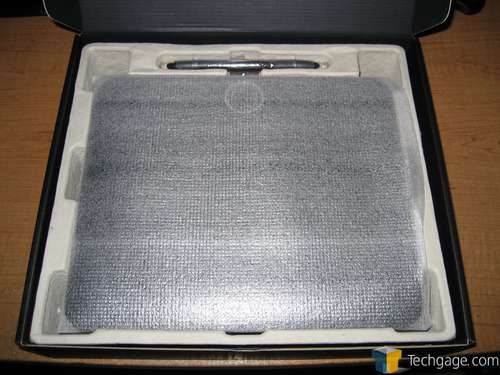 The Bamboo’s build quality isn’t as solid as I would like it to be, but I have a hard time believing it would break down. My primary complaints deal with the rattling sounds the buttons make and the seemingly cheap feel of the plastic that was used.

One of the features that complement the Bamboo is the programmable buttons and touch ring on the top of the device. By default, the arrow buttons are mapped to the forward and back function and the FN1 and FN2 are mapped to the show desktop and applications switcher (Alt + Tab) features respectively. The touch ring controls zoom in applications. When the tablet is plugged in and inactive, the strip around the ring will pulse blue. It will emit a steady blue once the mouse or pen comes in contact with the tablet. 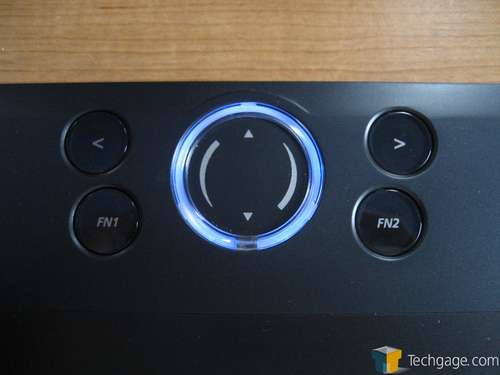 The pen is a joy to hold. I’ve actually mistaken it for a real pen on a few occasions when it was laying on my desk. It has a plastic body with a rubberized grip, two buttons in the form of a rocker, an eraser and of course the tip. The bottom button is for scrolling, and the top is used to right-click (when the pen isn’t touching the tablet). Both buttons are programmable using the included driver preferences. My only complaint is that the eraser can be a little too loose for some tastes, which isn’t a deal breaker at all. 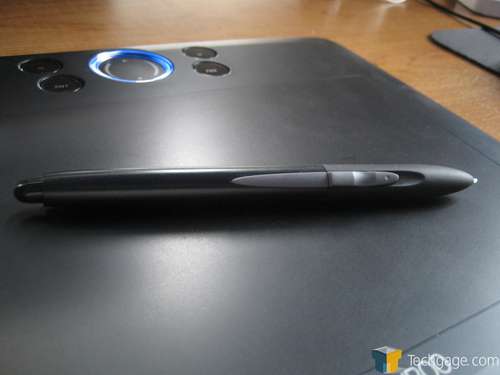 The included ambidextrous mouse is interesting because of the fact that its wireless yet doesn’t require batteries. It only works with the Bamboo (so it effectively doubles as a mouse pad), so the draw back is the fact that the Bamboo must remain plugged in. Unfortunately it only has two buttons and a scroll wheel. It’s not something I can recommend using full time, but it’s useful if you’re low on desk space and don’t want to move your mouse in and out of the way when you’re working on a project. 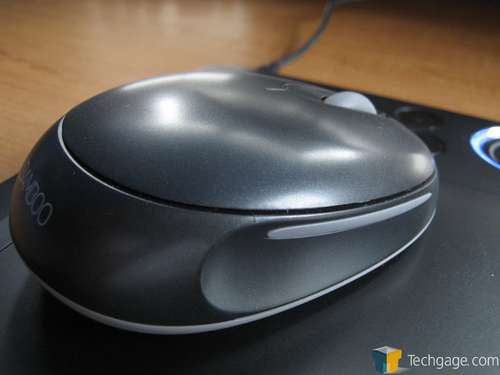 All-in-all, the package is nicely strung together with no major complaints. Compared to the higher-end Intous3, the Bamboo loses the (in my opinion, nicer) five button mouse, extra pressure sensitivity, tilt support, extra touch strip, 2-feet worth of cord and alternate pens (among other driver-specific features). That may seem like a long list, but considering the medium version retails at $130 less than the lowest priced Intous, it’s may be money well saved, especially if it’s for a hobby.