Pen tablets are nothing new, but up to this point I still have never had a chance to give one a go. For whatever reason, they have always intrigued me even though I am not an artist. I can barely scribble a line, let alone draw something. So because of this, I never had a good reason to consider one. However, recently I was thinking about how much picture editing I do in Photoshop, and this is something that the Graphire line caters to.

Last year, Jen took a look at the Intuos3 tablet. The primary difference between the Graphire and Intuos is that the latter is designed more for serious artists, which she is. Since I am more of a hobbyist, the Graphire was practically designed for people like me. I was quite excited to give it a go to say the least, so before getting into my thoughts about it, let’s see what your $200 will get you. 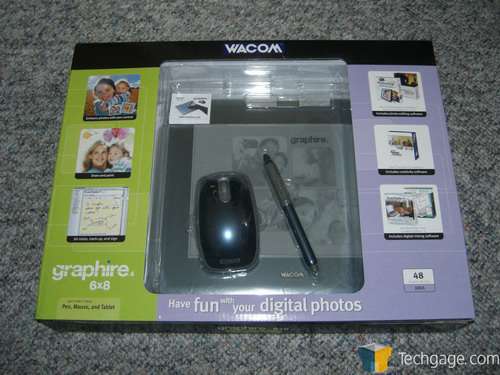 The box is very clean looking and chock full of information you should know. It states on the front that the tablet has a full 48″ of drawing area, so that should prove more than enough. As you can see, not only a pen is included but also a mouse. Neither of these use batteries, so there’s no worry there.

What you see in the following picture is the full tablet as it will be when it’s on your desk. It consists of a few separate pieces. The utmost top piece is a completely clear plastic, which is also quite sturdy. Your pen will be touching this when you draw. You can remove this piece to reveal the blue [silver or white depending on which you buy] underbody. This is the sensitivity piece that will convert your pen strokes into something the computer can understand. Just like a mouse. The picture you see can be replaced by your own, to personalize it a little. 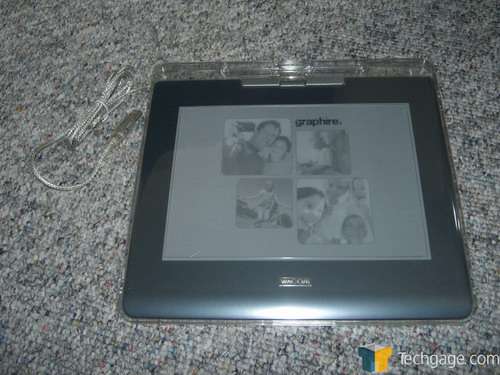 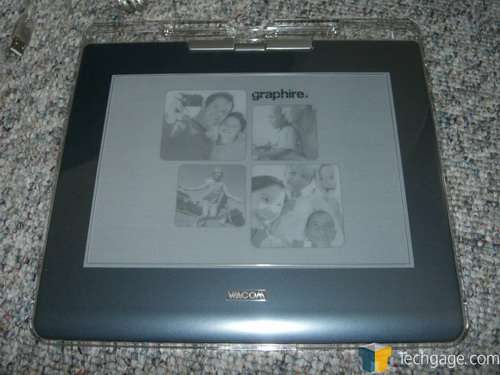 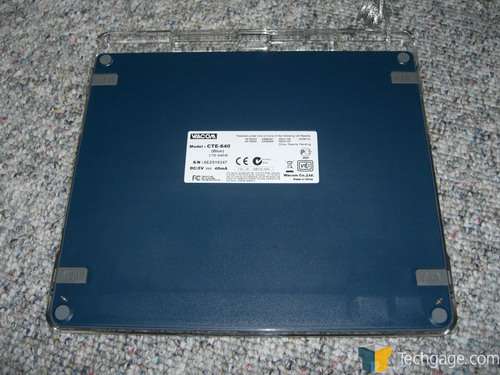 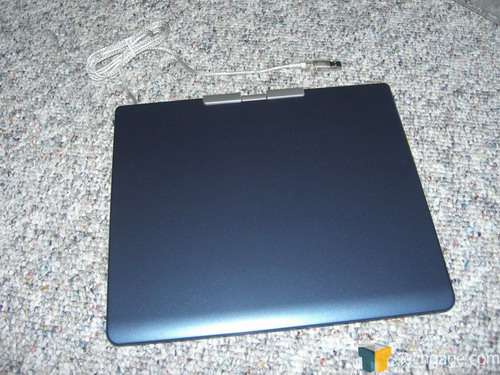 On the top, you will see two buttons and a scroll wheel. They function exactly as you would expect.. the same as the mouse. Above that is a slot to set your pen when you are finished. Also included though is a clear desk pen holder, if you prefer to go that route.

There are four clips on the back which is used to remove the clear plastic front, in order to clean or replace it. You can also remove it to put in your personalized picture underneath. You could also lay a pencil or charcoal image here, for tracing into your paint app.