Besides the manual, there are two CDs included for the driver and software. The software included is Adobe Photoshop Elements 3.0, Corel Painter Essentials 2, Nik Color Efex Pro 2 GE, Evernote Plus and JustWrite Office 4. All of these products take full advantage of all the tablet has to offer. 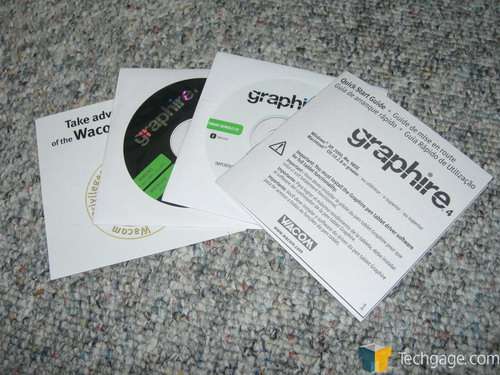 The pen itself is actually quite comfortable to hold due to a soft rubber grip being placed where you will hold it. There are two buttons here which you can customize as you like, although the defaults (Right-click, Double-click) seem to work well enough for me personally. The tip of the pen is made of a white plastic, similar to pens used for other handhelds out there, such as PDAs or the DS Lite. The mouse included is quite simplistic in every sense of the word, and will not replace your regular mouse for intensive tasks that require it, such as a game. I will touch more on this later though. 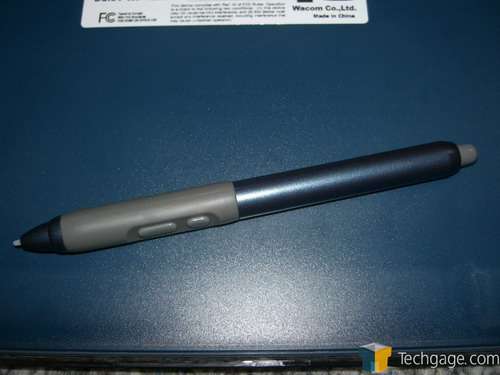 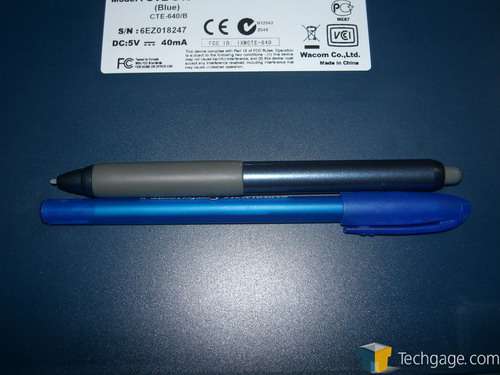 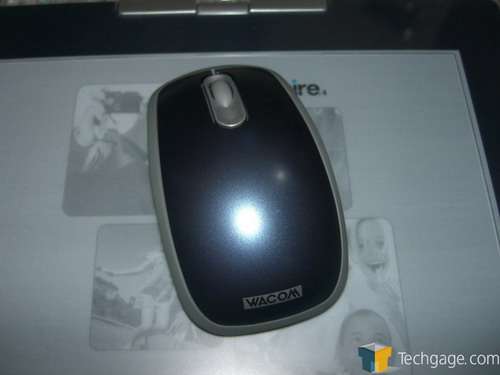 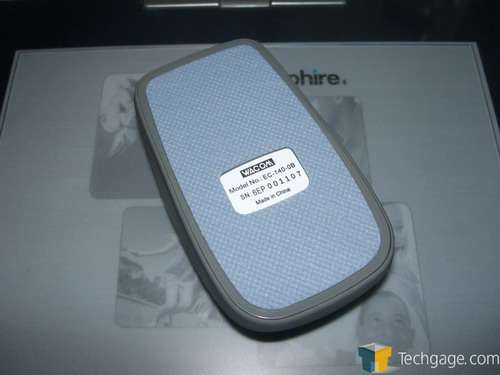 This is a really well put together product. $200 seems like quite a reasonable price at this point, especially if you include the software that’s here. Photoshop Elements retails for over $100 alone.