After plugging in the tablet to an available USB port, Windows XP picked up on it right away. Though it wasn’t functioning properly without the Wacom driver, it sufficed long enough to install it. After installing the driver, the pen worked great. Before the installation let’s you go though, it gives you some tips on how to hold the pen and how to perform basic operations. 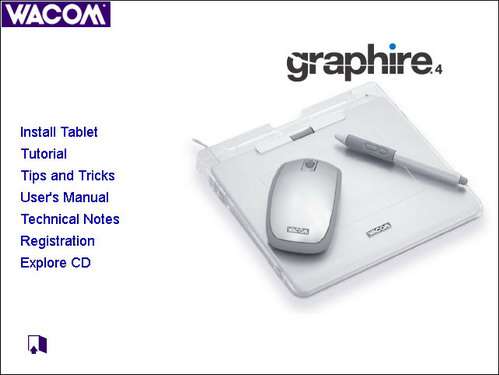 Here are some quick shots of the software installation CD and the loader for PS Elements 3. Elements is slightly outdated, as version 4 has been out since September. After looking through reviews though, it appears 3 is far superior to 4, and some considered the newer version an actual ‘downgrade’. 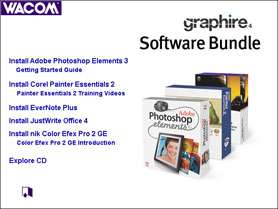 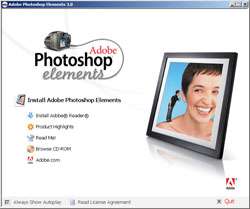 Whenever I have a new peripheral, I always try to see if I can get it working under Linux. Wacom tablet support for Linux does indeed exist, and is even supported by default in some distros. I was unable to correctly set it on both of my PC’s though, due to compile errors. So if Linux is your plan, you may have to do some tweaking.

Setting up and Testing

I have already noted that I have never used a pen tablet before this, even for a second. So I was somewhat wary about whether or not I was actually going to be able to get used to it. At first, it was odd, I admit. Learning how to properly control the cursor on the screen was a little challenging, but I picked up on it quickly. After about two hours of using the pen, I was completely sold, and that’s no exaggeration. Holding a pen to write feels natural, and the same goes for the same use on the PC. Once you get a hang of how the pen controls, you can perform basic Windows tasks, such as moving folders, just as easily as if you had a mouse.

One factor that was a little challenging, and still is to an extent, is the fact that any spot on the 6*8 area corresponds to your monitor. So, if you tap your pen in the bottom left corner, that’s exactly where your cursor will be. Also, there is a 3mm lenience for hovering your pen over the pad, which is necessary for normal movement. I was in the habit of sliding the pen along the surface, but that usually ended up in spontaneous actions in Windows, like double tapping. It all may sound confusing, but I am impressed by how easy it was to get used to. 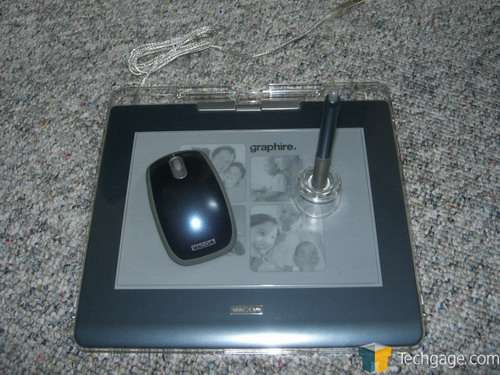 There are a few features of the tablet that I find hard to get used to. The first would be the two buttons on the pen. I found myself having to lift the pen up to push a button, as opposed to pushing it while the tip is touching the tablet. The way I hold the pen, I have to lift up my thumb in order to push the button. This usually results in the pen moving at the same time, and it will screw up whatever action I was trying to perform. Not everyone will have this issue though. I may have an odd way to hold the pen, but you may not.

The buttons on the top of the tablet are something I have never found myself needing, although it’s still nice to have them there. In the end, I found it just as easy to use the left-click and right-click functions via the pen, and for the scroll wheel I just used a scroll bar. Again, this is really preference and can vary between users.

Overall though, I became accustomed to the tablet fairly quickly. Now to use it is really like second nature, and it’s by far better for working on Photoshop. Speaking of…