Page 4 – Use in Photoshop


Because the tablet came with Photoshop Elements 3, I used it for starters as opposed to Photoshop CS2 which was already installed. I have never used Elements before, but I have to say I am quite impressed by what’s included. For the usual ~$100 asking price, it’s really packed. Perfect for novices, and this tablet. One thing I noticed, that the brushes change to reflect that you are using a tablet. Instead of circle brushes, they are displayed as strokes.

Either way, to give the tablet a real world test, I wanted to take a few photographs and edit them using only the pen, and keyboard shortcuts of course. Can’t live without those in Photoshop! The first photograph is one I took of a yellow flower. While I like the picture quite a bit, there is some random glare in there, which I am unsure is garbage or a sun reflection. Either way, it detracts from the rest of the photo because it’s so noticeable. 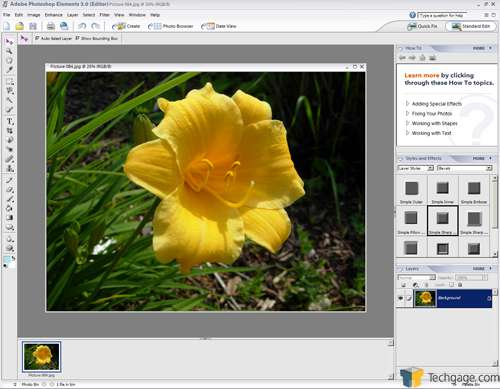 I quickly figured out that a couple tools in Elements are a little on the weak side compared to the full blown Photoshop, such as the clone tool, so I ended up finishing the picture up in CS2. All in all, I found it actually fun to edit the picture up. The pen seems to give so much more control, just as if you were editing a photo on a piece of paper. If you are familiar with shortcuts in PS, it will pay off. Even the simple Undo. Because it will get tedious if you often move your pen all the way up to the menu to select the option. Since the tablet represents the entire desktop, you will be all over the pad, as opposed to a mouse where you usually don’t need to move your hand that far. 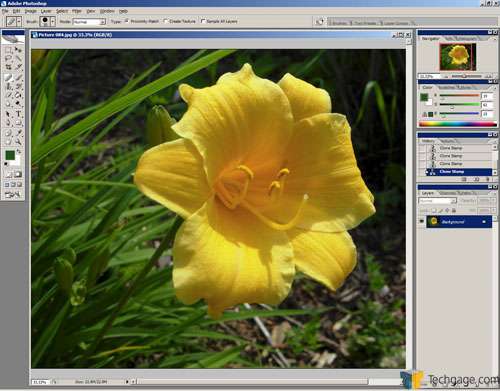 For the next photo, I chose one I took just down the road from the flower. In this picture, I figured I would remove the sewer grate and also the tan colored car just ahead. For no other reason than to simply test out the tablet. Elements worked just great here. Although I am using the same methods, this picture did not have to be edited in Photoshop as the previous picture was. 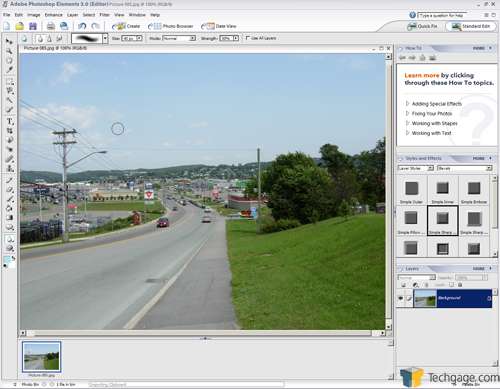 I have to admit, editing pictures is hardly a chore using the pen. Things seem to work so much easier.. it’s great. As you can see from the result, the pen sure didn’t hold back any potential. Maybe I should have removed that Wal-Mart in the distance.. Hmm.. 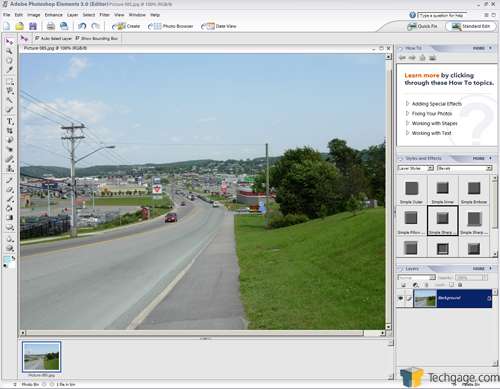 The tablet came with other software also, but I didn’t really touch any of it. EverNotes Plus is a program for taking simple notes, but of course you can write with the pen as opposed to the keyboard. I found this completely useless, but you may not. I’m a fan of notepad if I need to take quick notes. Also included is some Corel software and Nik Color Efex Pro 2 GE, a Photoshop plugin. I did not find any of these to be incredibly useful, but it all depends on what you like. If you were to buy all this software separately, it would likely end up costing more than the tablet itself. Great value overall.