Hacking games have always carried with them certain preconceptions, not all of them good. When Ubisoft announced Watch Dogs a few years ago, complete with a live trailer, the world took notice. Was this to be a new genre-busting, open-world, extravaganza? Will we finally see a hacking game done right? Read on to find out!

For the last couple years, Watch Dogs has been taunting both press and gamers alike, with this whole open-world, dystopian, modern hacking adventure. A man with a mobile phone, skulking around, covertly prying into people’s lives, stealing bank details, wiretapping, involved in energetic chases and blind-fired bullet storms; a modern-day 90s spy flick, just with less government agencies and tinfoil hats. We were all captivated by what the game could be, but we’ve all been down this path before; had Ubisoft bitten off more than it could chew, or were we, the general public, setting ourselves up for disappointment with grand expectation?

Truth be told, I was afraid of this game. It promised so much; was it really going to be all that was made out in the trailers? I didn’t want to be sucked in through all the hype, only to be greeted with a roller-coaster turned platformer, with a ‘push A‘ to win mentality (the train-wreck of Remember Me still burns bright in the back of my mind). There was definitely a certain amount of reluctance on my part to review Watch Dogs, but being honest, I’m glad I did. 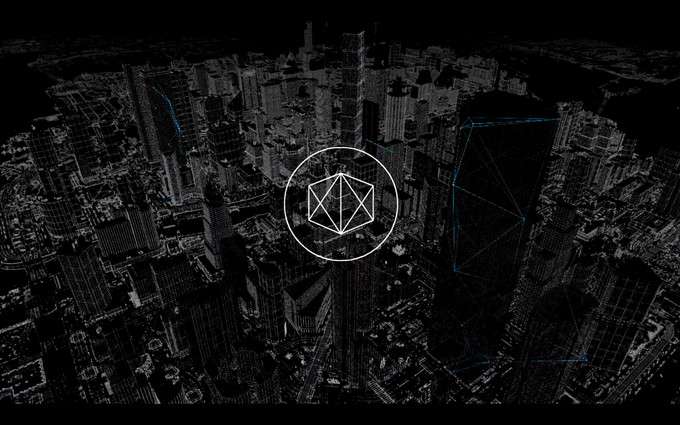 While I hate to bring in such a definitive conclusion so early on in the review, certain traits and features of Watch Dogs invoke a strong sensation that will be all too familiar with a lot of people. It’s GTA with hacking… that about sums it up; the good, the bad and the indifferent will all be present. It takes on the open-world strength of the GTA series, complete with all the distractions and side-quests, throws in a rather dated and predictable story centered around the consequences of a hack gone wrong, then tops it all off with what can only be described as a GodPhone.

Smartphones have been gracing our games for a while now, but they acted more as a hub or journal, bringing the world to your fingertips, helping you navigate around, while logging your accomplishments. Watch Dogs takes things to the extreme; instead of showing you the world, it lets you control the world. It’s all rather innocuous at first, listening in on conversations, reading people’s texts, even stealing bank details… typical perceived ‘hacking’ type stuff we’re all familiar with. However, you soon find yourself controlling traffic lights, opening gates, raising bridges and barriers, camera hopping, remotely activating car alarms, raising forklifts, even stopping trains between stations. What really starts stretching the laws of plausibility is causing utility points to explode, street level power transformers exploding, to complete city-wide blackouts – all from a couple taps on your GodPhone… and that’s not even half of it. This is also a good indicator of why ‘Internet of things’ is bad.

In almost a parody of the modern-day working drone, going from job to job, with heads buried in phones, trying to stay connected to the world by burying their faces even deeper into a 5-inch screen, this is basically what the protagonist spends most of his time doing. The rest of the time is spent beating people over the head with a baton, running away, dealing with the occasional gun fight, and a whole lot of driving – with his phone out of course. Sword and shield replaced by phone and gun, his sword being his phone. 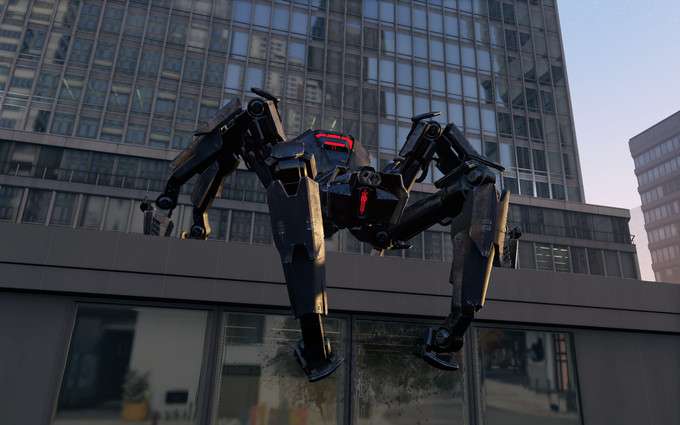 When it comes to driving, words can not describe how much I despise it in this game. If all you have is a keyboard and mouse, Watch Dogs is pretty much impossible to play. Lead footed, turning circle of an ocean liner; if you are not plowing into pedestrians or the car in front, you’re running them over in reverse – it’s truly dreadful. At later stages, you are expected to chase after suspects in a car (complete with a range check and mission failure if they get too far ahead), avoid cops, and hack lights, barriers and gates, all at the same time, without hitting anything. If you do have a gamepad, then the driving becomes a lot easier, but it’s still difficult due to the sheer number of pedestrians and traffic. 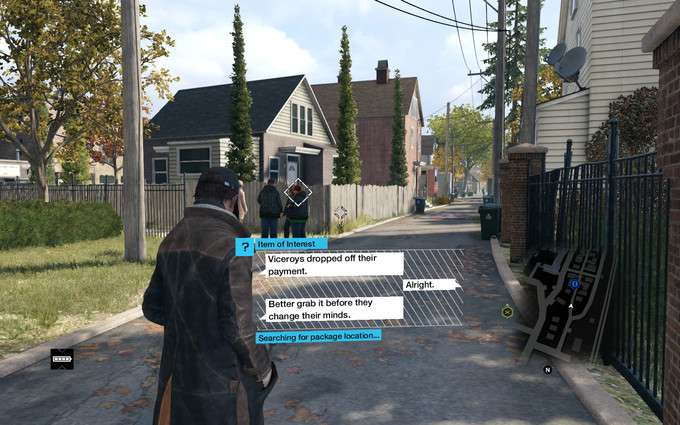 Speaking of traffic, the world is incredibly busy… and distracting. With phone in hand and the profiler engaged, you can see all kinds of people going about their lives. Bumping into each other, having friendly and not so friendly conversation, leaving suspicious packages in alleyways, preparing to shank someone as they return from work, ventilating people with handguns… hang on a second, is it me or is everyone trying to kill each other or do dodgy deals? Either way, you can see all the plotting and preparation in real-time; hack a banker’s bank account as they walk past, shudder slightly to see someone’s most frequent search term is ‘kids’, and then proceed to wallop someone over the head at the end of a 4 block chase after they attempted to mug someone you heard through a hacked phone call 5 minutes ago. 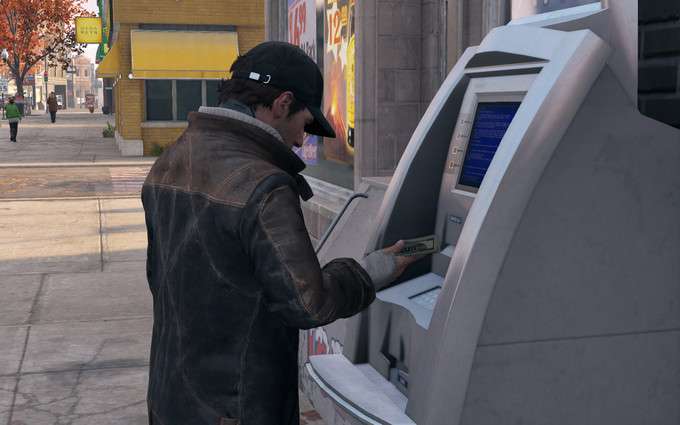 Whether you try to be a modern-day Robin Hood, or a calloused, manic-depressive with a vendetta against the world, you can go about your days as care-free or as seriously as you wish. A local gang causing issues? Take the silent approach, remote access the cameras, scope the area, then proceed to take them out one by one through a sequence of extraordinary unfortunate electrical and explosive accidents… or throw caution to the wind and run in guns blazing. 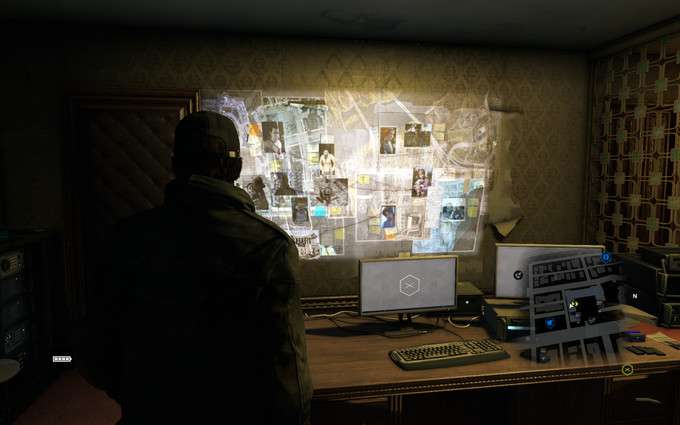 In fact, after 8 hours of skulking around, helping people in need, and having a jovial attitude towards people’s bank accounts, I completely forgot there was a main story to deal with. A story of intrigue, dilemma, espionage, the death of a loved one, tracking people down, inexplicable car chases, guns, explosions, writing a GUI in Visual Basic to get the killer’s IP address. OK, so it’s not quite as bad as CSI, but you can tell where the budget for this game was spent. 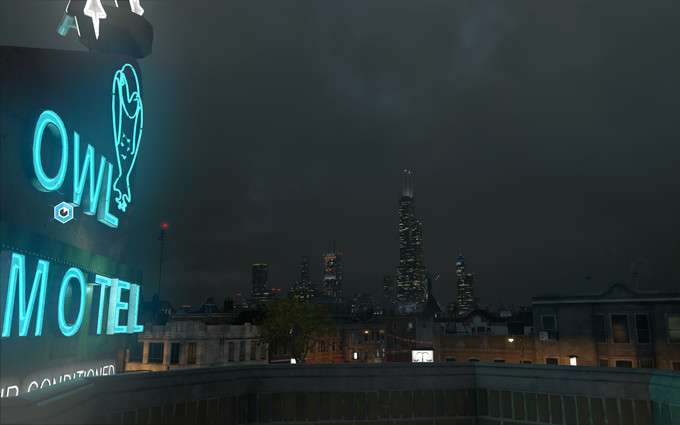 Overall, Watch Dogs is a wonderful game, filled with fascinating attention to detail. While the driving left me sulking and the story is rather forgettable, Ubisoft Montreal pulled a rabbit out of the hat and showed us that hype can sometimes be warranted. The game is still suffering from early release syndrome in the form of Ubisoft’s delinquent servers, and a rather half-hearted approach to optimizing for different systems. It’s unfortunate that so many people have had issues trying to play this game, with both old and new hardware, myself included, and it does mar an ultimately enjoyable game. When the dust finally settles, we will be left with something to look back on. The question remains though, how will the modding community take to it?

**For your chance to win a copy of  Watch Dogs, you can enter our competition in conjunction NVIDIA.**