Futuremark’s PCMark benchmarking suite should need no introduction – it’s been a staple of PC benchmarking for the better half of a decade. PCMark offers a range of tests to gauge every aspect of a computer’s performance and presents it in a neat simple final result. Thankfully, it also breaks down the overall score with individual subsystem scores (such as Memory, Storage, etc) in addition to given individual test results. 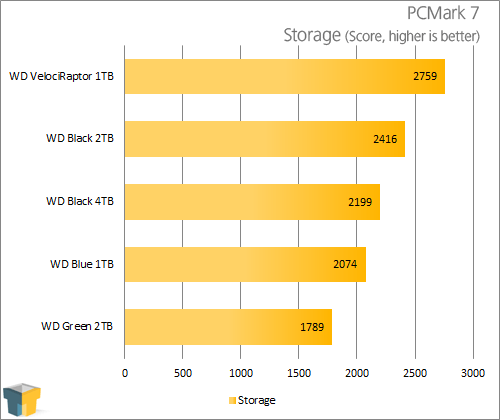 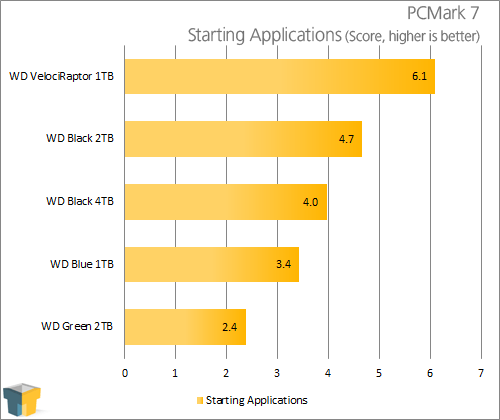 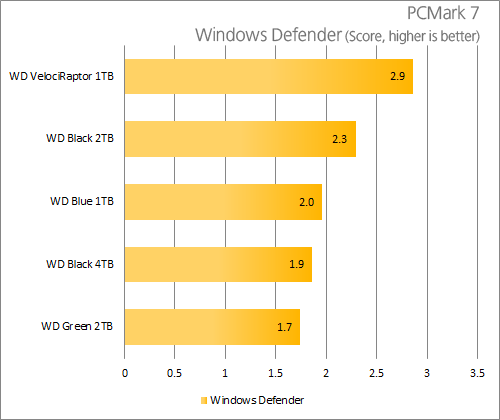 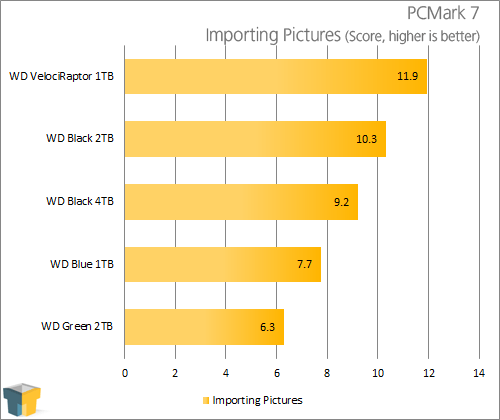 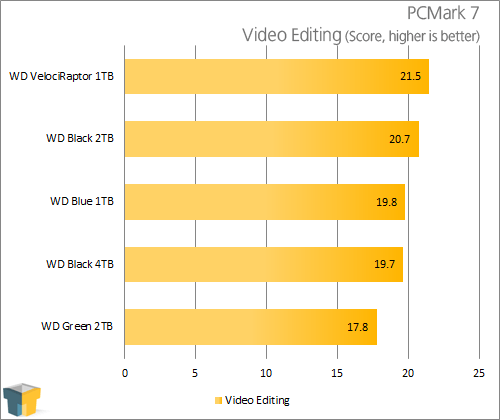 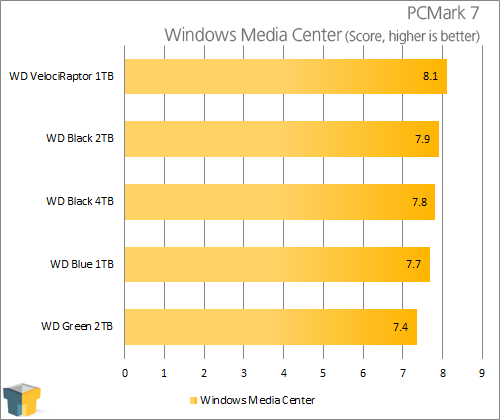 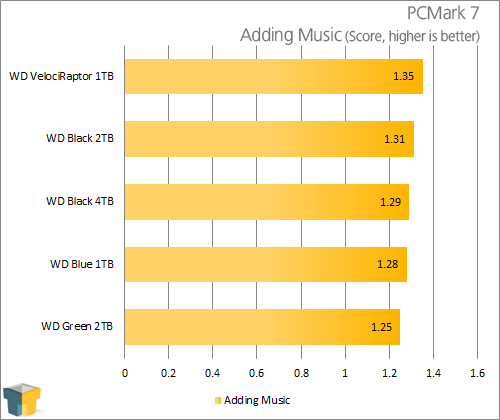 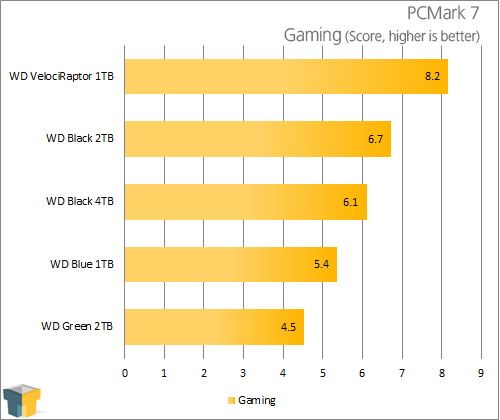 It’s a good thing I’m not a betting man, because I would have guessed without hesitation that WD’s Black 4TB would perform better than the 2TB model. Instead, we see it fall behind in each test, and fairly significantly “overall” (~9%). This is likely due to the fact that WD specced the 4TB model with 5 platters (800GB) rather than 4 like the 2TB model has. If WD was able to implement 1TB platters like is featured in the NAS-focused Red drives, we very likely would have seen a completely different outcome here.

Let’s see if our other tests back PCMark’s findings up.