WD My Passport Wireless Review – Your Own Hand-Held Personal Cloud

What do you get when you cross a hard drive, an SD card reader, and a Wi-Fi hotspot with cloud capabilities? You get WD’s My Passport Wireless. Available in 500GB ~ 2TB capacities, this My Passport hopes to become the ultimate mobile drive, and it offers even more than what’s immediately obvious. Let’s check it out.

I ran the My Passport Wireless through a gamut of tests – I paired it to numerous devices:  my iPhone 5S, Macbook Air, Microsoft Surface RT. All of these devices paired up with the My Passport very easily and without problems.

Once paired, I found that I personally liked using the browser-based UI to manage the device, rather than the mobile My Cloud app, but they both get the job done just fine.

The device never got hot to the touch, just barely warm after extensive use. There is the familiar “spinning” feeling while this thing is running, which was to be expected, this being a mechanical hard drive after all.

The device boots quickly – less than a minute after pushing the power button the device is ready for pairing. The battery lasted for me as advertised, about 6 hours of continuous streaming use, although depending on the content/number of devices that you are using, your mileage may vary. 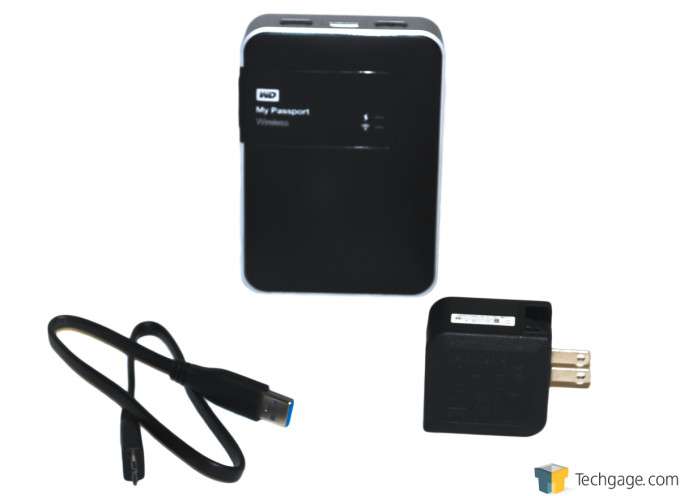 Bottom line, this device did everything that I asked it to do, and it did it well. The only thing that I wish was different; this is almost not even worth mentioning, seeing as how WD has no control over this; but I wish there was an easy way to push all the photos from my iPhone to the device, without having to use a computer. There is a workaround that I found, but it really kind of defeats the purpose of having this device. Like I said, this is not WD’s fault – it is Apple’s; with their odd policies that sometimes work against us. Users with Android devices will probably have an easier time with this specific task.

People nowadays create a ton of data. We all take lots of pictures of the kids, pets, vacation destinations, we collect recipes for home-cooked meals, and so forth – and all that eats up a lot of space. Sixteen GBs’ worth of iPad storage doesn’t really cut it anymore. Couple that with research from Gartner which estimates that an average household will own about 3.3TB worth of digital content by 2016 – considering the fact that the common high-end hard drive holds about 4TB total, that’s a lot of data. It’s especially a lot of data to bring with you on-the-go. With this My Passport Wireless, though, that “lot” of data can be stored while away from home, and you should still have lots of room to spare. 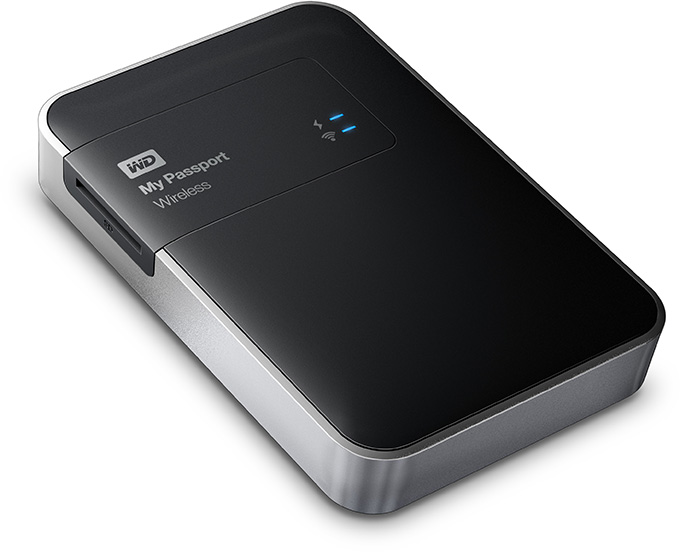 When I first received WD’s My Passport Wireless, I admit that I struggled to understand its overall use. But then I read the literature, and I began to understand all of the scenarios where it would fit. In the end, I was a little “over the moon” with the device. With its robust flexibility and capabilities, the My Passport Wireless really does strike me as a well-rounded external storage device, and it’s a far better representation of what wireless storage should be compared to many other solutions we’ve seen over the years.

In the end, I am left with few complaints. WD’s My Passport Wireless is a great solution for those needing lots of data while on the go, especially when multiple people will need to access it once.

That next family flight? This drive has got that covered.