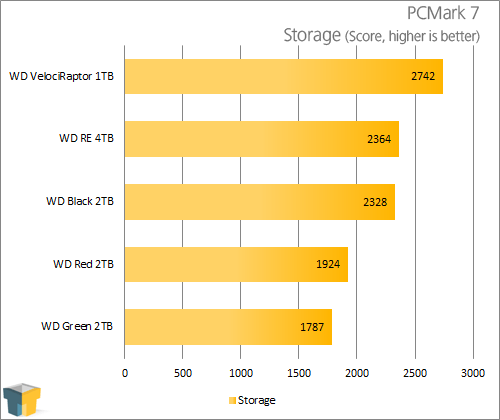 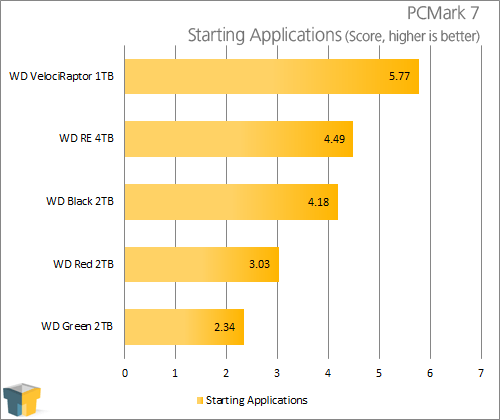 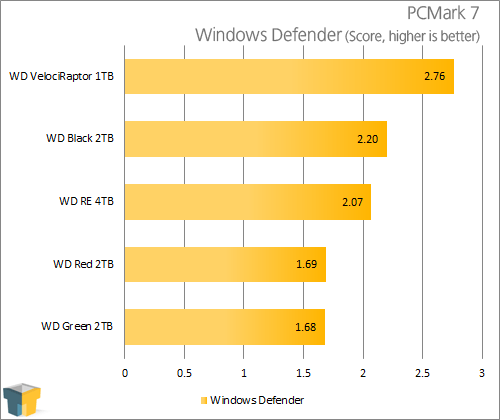 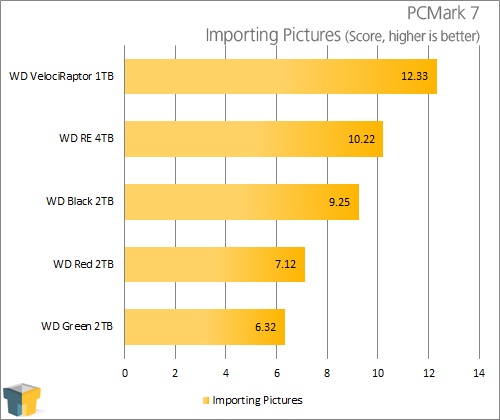 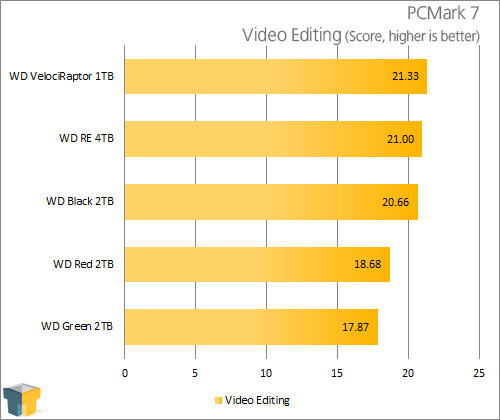 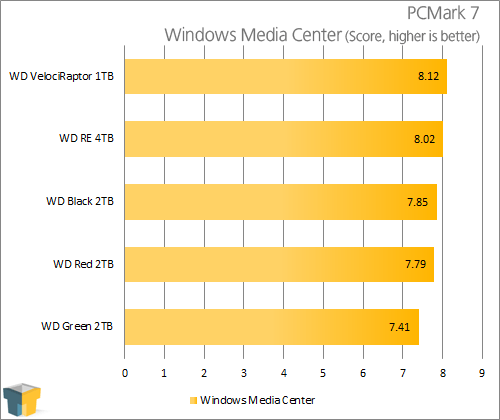 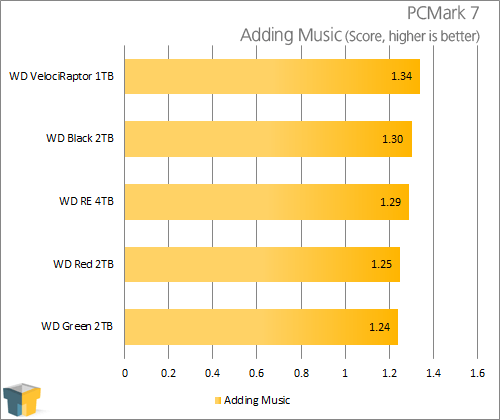 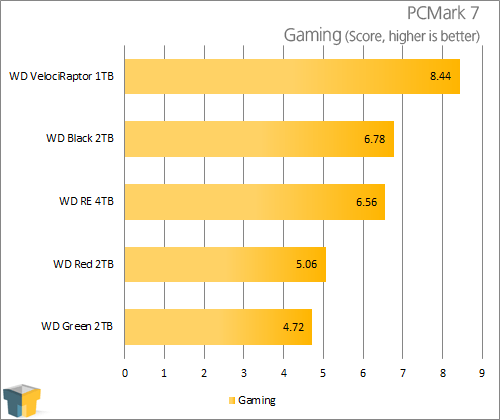 In our look at WD’s Black 4TB a couple of weeks ago, we saw its performance in PCMark 7 fall behind the Black 2TB – a little odd since we expected it to be about the same. The same thing can’t be said about the RE 4TB, however, as it matches the Black 2TB in the overall test, and flip-flops strengths with it in the rest of the tests. By all accounts, the Black 2TB is a very fast mechanical drive, so for the RE 4TB to match it is very nice to see.