Media players in general shouldn’t be difficult to set up, because all it should entail is connecting the device to a display and then plugging in its power cord. Things are no different here, and after I hooked up the connections and powering it on, I was greeted with the rather attractive interface. I apologize for the less-than-stellar photos here… taking photos of such a dark interface proved difficult.

Like the movies that are bound to be watched through this device, a particular media interface won’t please everyone, but by these pictures alone, you should be able to gauge whether this one is to your liking. All of the menus are kept to the middle of the screen, and you move up and down and left to right on occasion to enter various sub-sections.

On the main screen, there are options to browse video, music, photos and other various things, along with the settings, which might be the first place you’ll want to look. If you’re using HDMI, then the display configuration should already be configured correctly. If it isn’t, however, or you’re using component inputs, you can configure anything you need to, from the resolution to the color mode.

To give an idea of what’s possible, I’ll just paste a bunch of photos from the various sections: 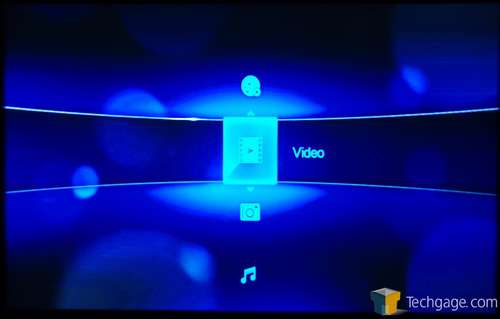 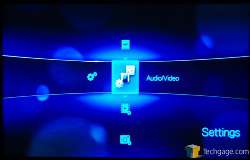 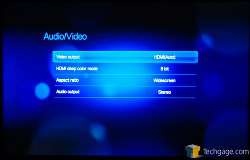 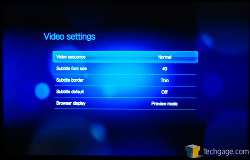 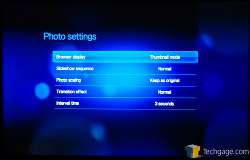 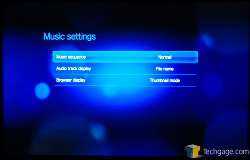 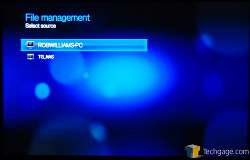 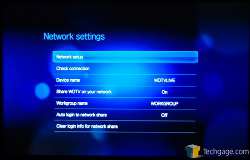 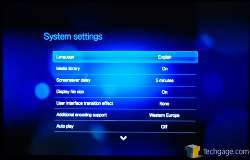 The first stop I made was the video section, where the options for Netflix and YouTube can both be found. Since I live in Canada and Netflix isn’t yet available for streaming, I couldn’t test that particular feature out. I was a bit curious as to the YouTube integration, though, as generally I have found most similar implementations to be quite painful.

I was pleasantly surprised, though. The interface and content loaded fast, and was a pleasure to navigate. You have the option to browse via top views or most favorited, or search for whatever strikes your fancy. You can also log into your YouTube account which will enable you to access your own uploaded videos and your favorites quickly and easily.

As an added perk, you can even save more than one YouTube profile to the device, along with password, so switching between them is simple. If anything’s not simple, it’s that typing in account information or search queries is a bit tedious with such a small remote control. One problem I found also is that you can’t change the resolution of the video, even if higher-resolution versions are available. 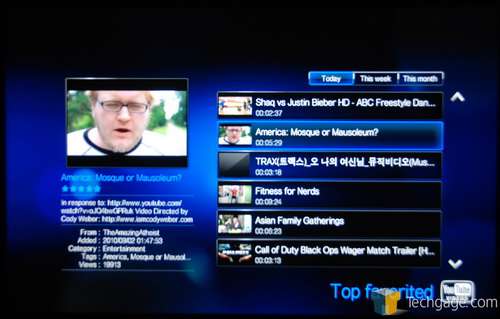 Because the WD TV Live has the ability to stream, I had hoped to see good support there, and those hopes were easily fulfilled. When I reviewed the O!Play from ASUS, network connectivity was a bit sketchy, and for some reason, I couldn’t even get it connected to my main PC while running Windows 7, though I could get it to connect to my Windows 7 laptop and also my NAS box.

I was a bit surprised to see no such issues here at all, as the WD TV Live was able to connect to my desktop PC without a hitch. Once in, I was able to peruse all of my shared folders just fine. 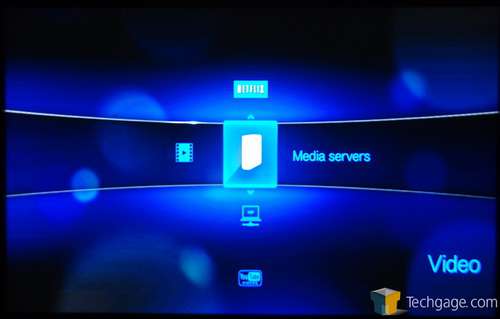 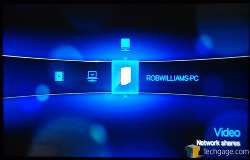 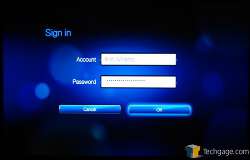 Browsing through folders is a seamless process, and compared to the ASUS O!Play, it’s a lot faster, too. Loading the preview for a particular video takes just a couple of seconds, if that, and as you can see by the below screenshot, direct Blu-ray folder rips and ISO’s are supported. The same can be said for DVD’s, and likewise, pretty much any other format you want to throw at it. 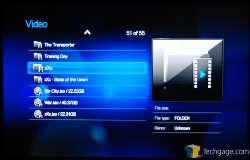 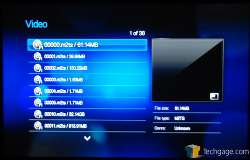 In the case of Blu-ray ISO’s, only the main movie will play. I don’t believe at this point in time any of these devices support full menu support, but hopefully that will be the case soon, since otherwise, these ISO’s will be hogging up a lot of space. Here’s an example of a Blu-ray .mt2s file playing, which results in on-par picture quality to if I was actually using the original BD-ROM: 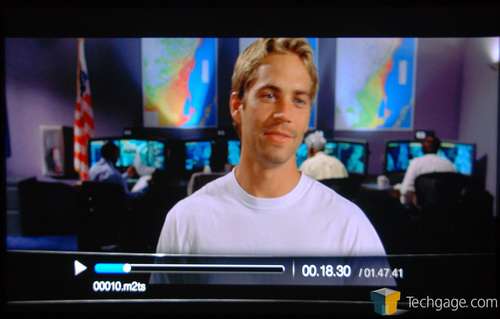 DVDs on the other hand will have fully-functional menus, regardless of whether it’s a DVD folder or ISO: 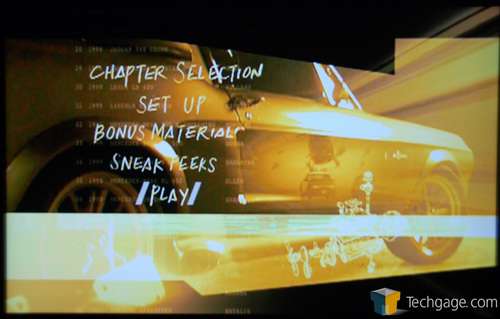 Next up, we’ll take a look at photo and music support.