It’s taken some time for Western Digital to hit the consumer side of the SSD market hard, but momentum is growing fast – and for good reason. The company is now producing its own in-house controller, and based on our in-depth testing of the WD Black 1TB NVMe, we’re excited to see where things are going.

A new year, a new SSD review! Competition is the butter on the bread of capitalism, supposedly, anyway. Tasteless aphorisms aside, when one thinks of the absolute best NVMe solid-state drives out there, Samsung’s 900-Series quickly comes to mind.

Four years ago, its 950 PRO set the performance bar, and the 900 Series has long-held onto the top performance spots amongst consumer offerings – and yet that king-of-the-hill performance has always come with a matching kingly price premium. Western Digital is looking to change that by offering up strong competition with the performance-focused Black series SSDs.

The number and range of brands offering solid-state drives has swollen again in recent years, but the simple fact is most of the NVMe SSD market is powered by either Silicon Motion or Phision controllers. While these are suitable for budget and mid-range offerings, this leaves little room for differentiation, particularly when it comes to performance. Samsung is one of a select few that took a different road by developing its own in-house Phoenix controller and clearly has benefited from having done so.

Now, Western Digital is joining this select group by introducing its own propriety, in-house controller to power a new generation of WD Black NVMe solid-state drives. 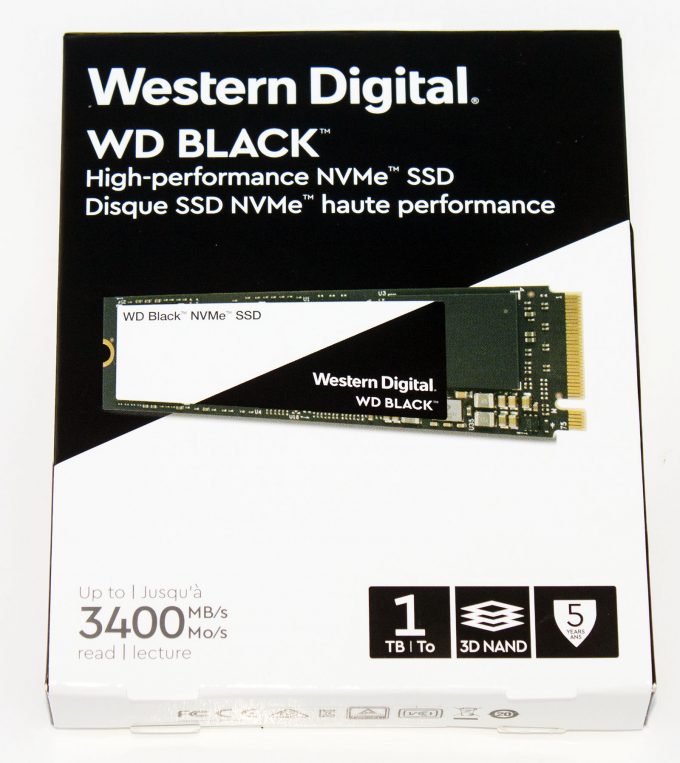 It is worth noting that the first WD Black M.2 drives that launched in 2017 featured a budget-oriented Marvel controller, and as such offer drastically lower performance. The model we are reviewing here is the WDS100T2X0C (aka SN700) which launched in 2018 and features Western Digital’s in-house controller. Consumers will need to compare the SKUs to be sure of which drive they are actually buying. 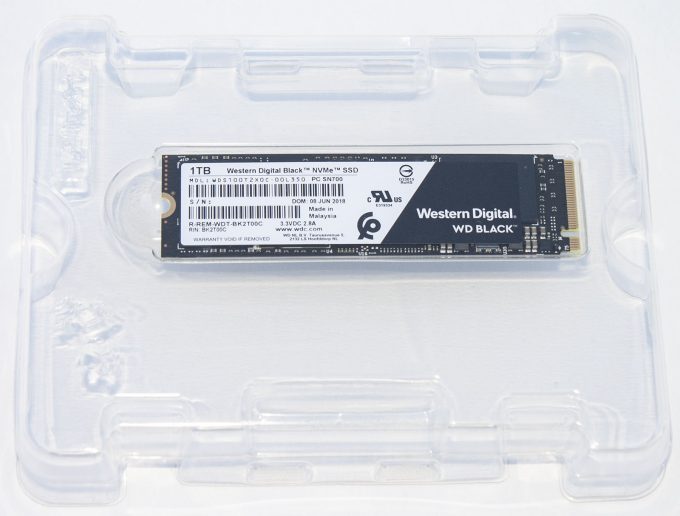 The WD Black SN700 utilizes 3D TLC NAND, and as such it includes a fast-write SLC cache to maintain peak performance. Western Digital implements its own proprietary method and terms it nCache 3.0. Unlike some competitors, this fast-write cache size is fixed, so larger capacity drives will have a matching larger nCache size. Little detail is given regarding the proprietary controller, but it is promising to see a proper 8-channel design paired with NVMe 1.3 matched to the latest SanDisk 3D TLC flash memory.

SSDs extract much of their performance from parallelism, by writing to multiple NAND blocks, or reading from multiple pages concurrently. So, after too many NAND die are stripped away to reduce capacity, the resulting performance will often wind up being even worse than what the reduced specifications show.

It is hard to say without knowing the “bare-metal” write performance of SanDisk’s 3D TLC NAND, but a good rule of thumb is consumers should stick to ~500GB SSDs for demanding tasks. Case in point: once the cache is exhausted, the 970 EVO 250GB has a “bare-metal” performance rating of 300MB/s, which means worst-case scenario it can become slower than SATA-based solid-state drives!

To ensure all drives have fair representation regardless of capacity in our testing, we use Iometer to conduct continuous file writes beyond the rated capacity of each SSD. This will make sure every block has been written to at least once, including the unaddressable spare area present on all solid-state drives, ensuring all drives begin testing in a normalized “dirty” state.

SATA drives are tested on an Intel 6Gbps SATA port, while PCIe cards will use the PCIe Gen 3 x8 slot next to the processor. M.2 drives will make use of an NVMe compatible PCIe adapter card in this same slot to bypass the M.2 x2 interface bottleneck (some motherboards only offer an x2 lane M.2 port), allowing drives to utilize the maximum bandwidth (PCIe Gen 3 x4) that the M.2 interface supports. Where applicable, we will ensure M.2 drives are using the NVM Express protocol.

The test system’s processor has had Intel’s Speedstep and Turbo Boost functionality disabled, and all cores are locked to the same 3.7GHz frequency in order to ensure maximum consistency between test runs. The goal of our testing is to determine how drives compare to one another, and with SSDs even one second can mean the difference in ranking results.