Futuremark’s PCMark suite should need no introduction, as it has been a staple of PC benchmarks for the better half of a decade. It offers a range of tests to gauge every aspect of a computer’s performance and presents it in a neat simple final result. Thankfully, it also breaks down the overall score with individual subsystem scores (such as Memory, Storage, et cetera) in addition to giving individual test results.

For our testing here, we treat the drive as a target (“Secondary storage suite”) rather than benchmark it with an OS installed on it. Thus, our performance will be a bit better than those who benchmark the same drives with an OS installed – but benchmarking this way could introduce variances and potential bottlenecks. 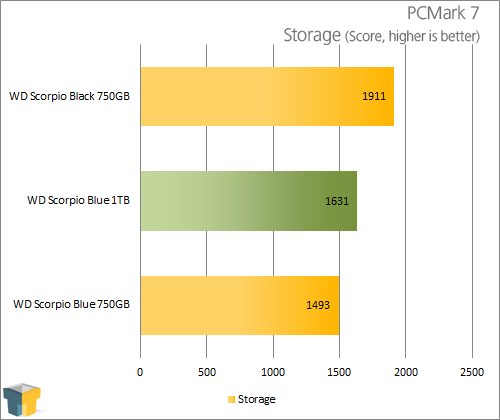 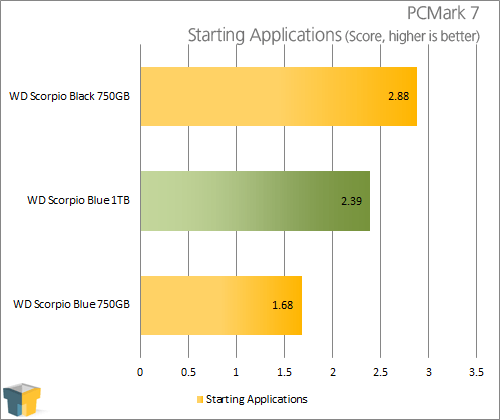 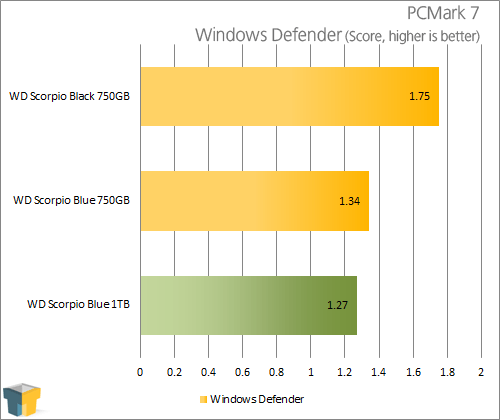 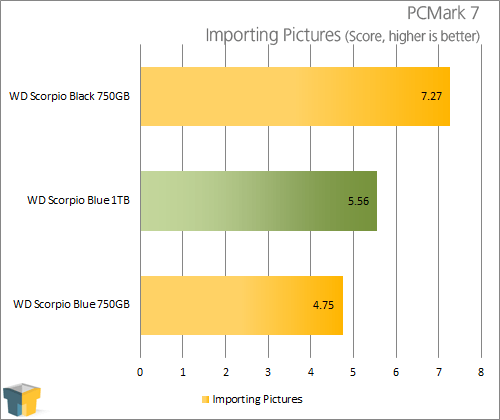 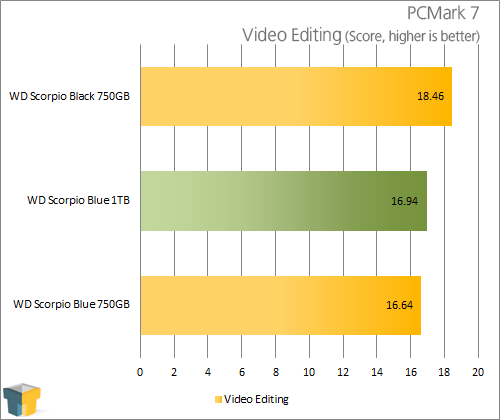 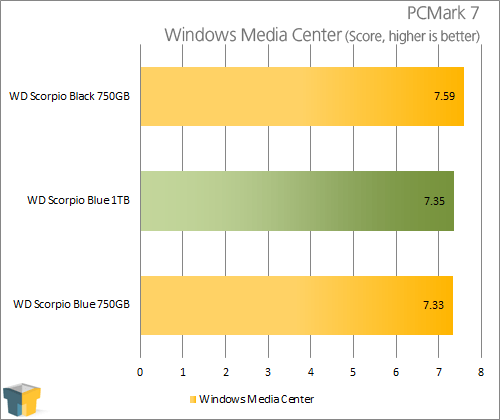 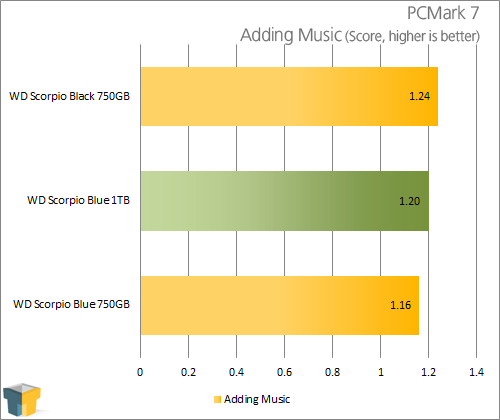 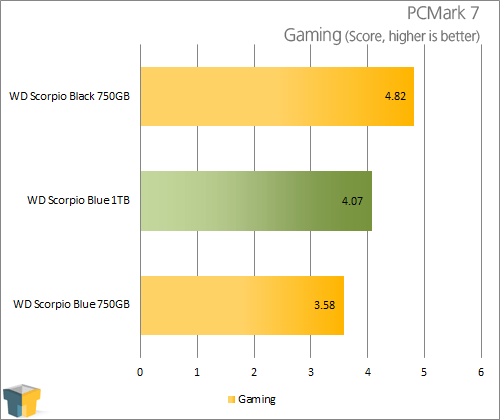 As has become a theme, WD’s Scorpio Blue 1TB manages to wipe the floor with the 750GB variant, proving that areal density is king where mechanical drives are concerned.