what3words – The Address Book For The World

by Jamie Fletcher on January 28, 2019 in Miscellaneous, Software

Getting directions to places you’ve never been before is pretty easy these days with sat nav. But what if where you want to go doesn’t have an address, rather a string of GPS coordinates, or uses a language you are not familiar with? At CES 2019, we found what3words, and it proposes an interesting solution to this problem.

While mindlessly wandering the venues of this year’s CES in a sleep-deprived and jet-lagged state, we stumbled into Pepcom’s Digital Experience, a small-ish convention outside of the main CES hall.

Pepcom is filled with a mix of startups showing off their latest creations, small companies with waves of IoT and smart home accessories, and established brands providing a quick glimpse into what’s to come throughout the year.

We spent an hour and a half walking through, talking to familiar faces, as well as some new ones. While fending ourselves off from the rabid smart-home suppliers looking for media exposure, we set ourselves apart from the crowds to catch a breather, and a cool drink. It’s coming towards the end of the day, and there’s only a few stalls left to visit, so we consider our options on leaving early. 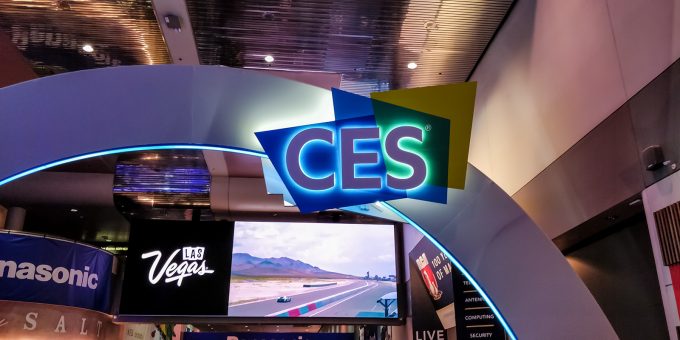 Just as we’re about to make our move to leave, a PR representative walks up to us and asks: “Do you want to see something interesting?”

As press, we get approached frequently, and our immediate reaction is to blurt out “Leave us alone!“, but we’re courteous, and sometimes there are legitimately interesting products, so we ask for the sales pitch.

With some fine articulation, we’re given the low-down on a system that has generated three-word names for locations around the world, each having a unique address for every 3m x 3m (10ft x 10ft) block. Somewhat baffled and intrigued as to what this is all about, we ask for more information and are escorted to the booth and given a more detailed explanation.

Finding A Needle In A 100km2 Haystack

One of the interesting abstract creations we came up with many years ago was the concept of an address. We split the world up into key locations, boundaries for countries, counties and states, cities, streets and blocks, and finally names and numbers for different buildings.

The problem with an address is that they are often not precise enough. If you need to find a specific place on 100 acres of land, and only have a single address as a reference, it doesn’t help much. This becomes even more of an issue in the middle of a forest, or a small village somewhere in Mongolia with no connecting roads.

Another overlooked issue with modern address systems is that the same street name can be shared by hundreds of locations, not just in different countries, but within the same city. There are 14 Church Roads in London alone, each requiring a different post code. This makes getting directions difficult if you don’t know which region of London you’re supposed to be in.

In 1973, the GPS project was launched by the USA, a satellite network used for the purpose of providing an exact location, regardless of where you are in the world, through the use of timed radio waves, synchronized to atomic clocks on satellites locked in a geostationary orbit around the Earth. With a radio receiver and an accurate clock, you can pinpoint your exact location in the world based on the radio transmissions of at least 4 satellites, and a hell of a lot of math.

Despite the ability to pinpoint pretty much any location on the planet, there is a small problem with it, and that’s the coordinate system used to show where you are, i.e. the latitude and longitude coordinates. If a location already falls within an existing address system, you’re fine, but since large portions of the planet does not have a designated address, we have to use GPS coordinates, for example 37°31’16.2″N 77°24’45.8″W – not easy to type out or tell someone over the phone.

Wouldn’t it be easier to give those coordinates a meaningful and easy to remember name? Something that you can easily type or tell someone? This problem shares a lot of similarities with something you may be intimately familiar with already, something you’re using right now – converting the IP address of the server this article originated on, into something easy to read. We’re of course talking about the Domain Name System, or DNS, the resolver that converts the 12-digit server IP address into something a little easier to remember, such as techgage.com.

Converting a long string of GPS coordinates into a meaningful name is no easy task, but it’s something a UK company decided to tackle, called what3words.

If we take the coordinates 37°31’16.2″N 77°24’45.8″W and pass it through what3words, it becomes Fear.Movie.Lions, a 3x3m slot in one of Stone’s Breweries in Richmond, Virginia. Coincidentally (but not really) it’s also the name of one of its IPAs. 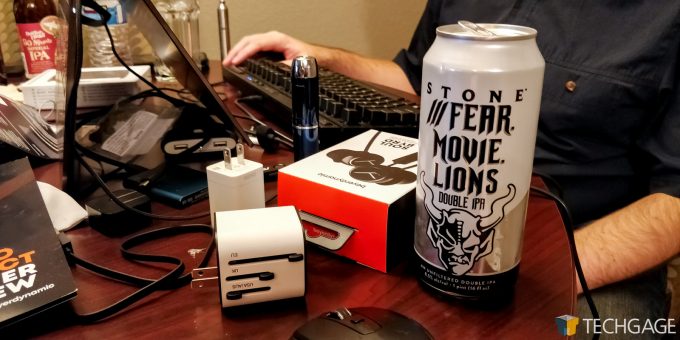 Consolidating latitude and longitude coordinates into something easy to remember is quite the challenge. It’s like trying to remember complex alphanumeric passwords; our brains aren’t designed for recalling such abstract terms. The way to get around this is by using things that are memorable, like words, and using multiple combinations of those words. Obligatory XKCD reference.

what3words splits the world up into small 3m x 3m (10ft x 10ft) segments, and each square combines three words selected randomly as its address. Words of similar sounds and/or combinations are deliberately kept apart to prevent confusion. The English version makes use of a dictionary of 40,000 words as its index for each grid, amounting to 56 trillion unique addresses.

One of the clever aspects as well is that multiple languages are supported, 26 so far. Each language makes use of its own dictionary, and words are not translated either – this keeps things as native as possible without forcing people to use words that are unfamiliar to them.

Currently, not all languages support all locations. English has three-word-names for all locations around the globe, this includes all land mass and sea. Other languages will only have locations for land and only a couple of kilometers out to sea.

The grid was kept quite tight so as to pinpoint key locations around the globe, such as wells placed away from a village, or the front door of a home. Making the grid any smaller would cause issues for GPS accuracy, and more importantly, significantly increasing the number of words required to pinpoint locations.

What Can Three Words Be Used For?

what3words was basically designed and built for voice – allowing people to input very precise global locations with just their voice. The problem was alluded to earlier with Church Road in London. Which of the 14 did you mean? By having an absolute point as an address, it reduces confusion significantly.

People that use Airbnb may have seen these three-word addresses pop up too. When abroad for a holiday and you need to get to a specific location, you may not know how to pronounce or even spell certain words for the country you’re in. It can be quite tricky to input them into mapping software or a satnav. Using a three-word system that’s in your native language makes things a lot easier to remember, and to say/type. 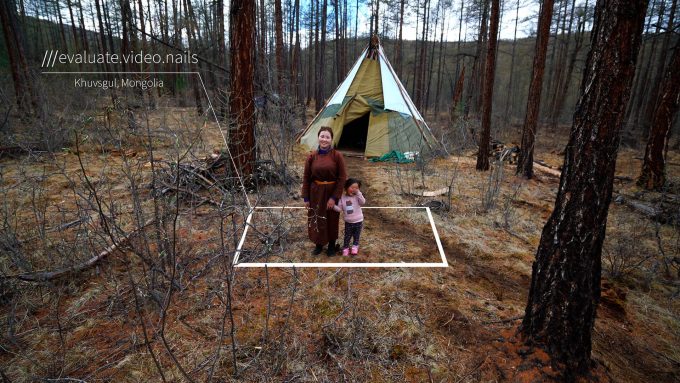 Mercedes and Daimler have both started to integrate what3words into their respective on-board satnav systems. Delivery companies have started to use the system to provide specific points for very large buildings or estates. Ride sharing company Cabify will soon support specific drop-off locations with what3word addresses.

Sony has also taken a keen interest in the company with its venture capital arm, Sony Innovation Fund, again focusing on the use of voice-activated systems.

With the prospect of drone delivery services like those proposed by Amazon, being able to designate a small 3x3m patch of your backyard as a delivery point, instead of just a house address, significantly reduces the complexity of setting a delivery location, that isn’t reliant on setting GPS coordinates.

This is a service that has been somewhat slow to roll out, like with most mapping systems, but has been picking up momentum. It solves quite a few issues with the current GPS and addressing systems in regard to accessibility and input. what3words is not a ‘new’ service anymore, as it was founded in 2013, and has since gained traction in a wide range of fields, including humanitarian aid.

There are a number of services, both first and third-party that makes use of what3words. There is the maps app (for Android and iOS) and website that lets you explore and navigate using the three-word system. There is a photo sharing platform that marks your pictures using three words. And finally all the APIs and SDKs for application and service integration, including Excel support.

We would like to thank what3words for actually approaching us at the event, because in all likelihood, we would have just walked on by, and missed this very intriguing system. The main reason for walking by? GPS addressing just isn’t something you can easily market and tell people about, as it’s an intangible service.

All four of us who attended CES this year, genuinely found the concept interesting and useful. Just in writing about what3words, we saw more and more problems it solves.