To perform the testing, I used a formatted 160GB Western Digital hard drive. In between each new operating system, the drive was reformatted. Only one operating system was installed at a time. In usual reviews that require benchmarking, unneeded services are closed down before testing. However, since this is a direct comparison to a new OS, all of the processes and services that are pre-installed, were left alone to give a more accurate view.

Generally, nothing major was done to the operating system after the install. As I do with all my Windows installations, I select the “Classic Start Menu” mode, which effectively makes the start menu smaller than default. It also places your “My Computer” and other various icons on the desktop. In Vista, the Sidebar was disabled. These are the only modifications done to either OS installation.

I will be splitting up the results into three categories: CPU, Memory and Gaming. Performance based on these factors will be the true deciding factor on whether anyone should upgrade right away. Let’s get underway with a look at the CPU benches. 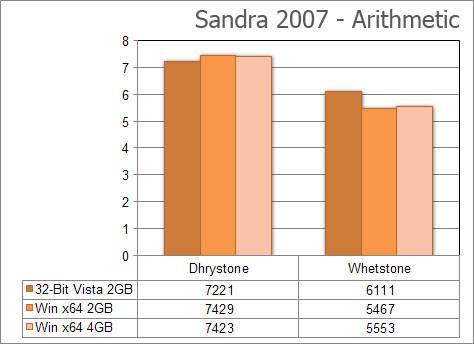 The multi-media test is vice versa. Vistas Int result is far better than what x64 could muster, although x64 performed better in the Floating-Point result. 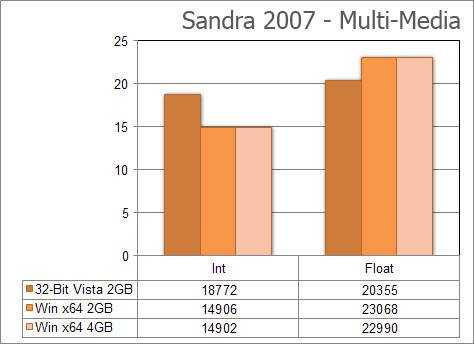 While the end result of a PC Mark run doesn’t explain much, the higher the number, the better. Although x64 scores 8% higher, I had actually expected the difference to be larger. All of those extra running processes in Vista don’t hurt the overall CPU score here that much. 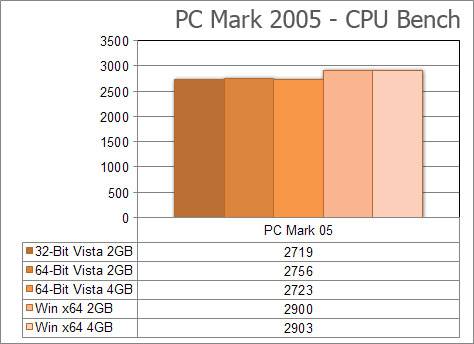