Since Sandra didn’t work in 64-Bit Vista, we had no results to add to the graph. x64 does beat out Vista, though it’s a very small difference. I was doubtful that Vista would weaken HDD performance to a large degree, and it’s looking that way already. 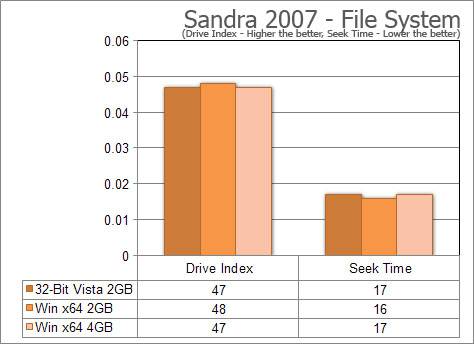 While the maximum read is on par all around, the average read sways again to x64’s favor. This are very small differences either way, and would be impossible to detect during normal PC use. 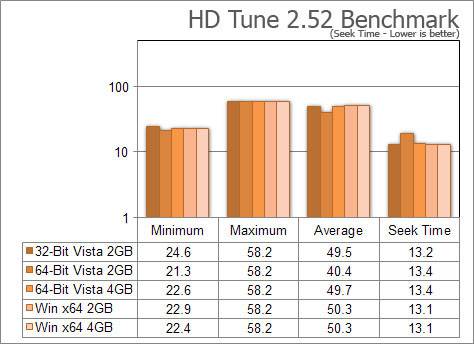 The same goes for HD Tach. Pretty congruent results all around. 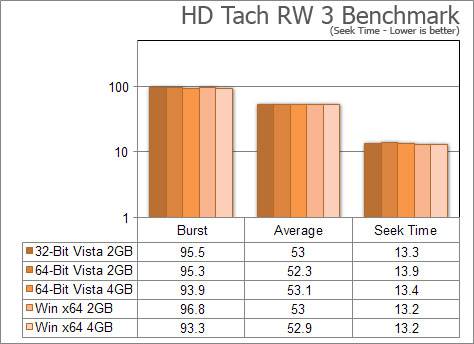 Even though x64 once again came out on top with the Sandra benchmark, I had expected an even larger difference. The 4GB came far behind the others due to the forced 2T timings. 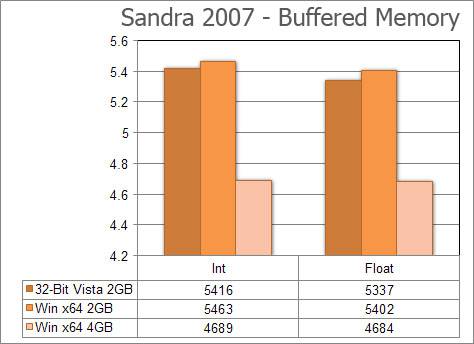 Like the previous four benchmarks, Everests memory benchmarks prove close to one another again. Surprisingly, the 64-Bit version of Vista comes out on top here. 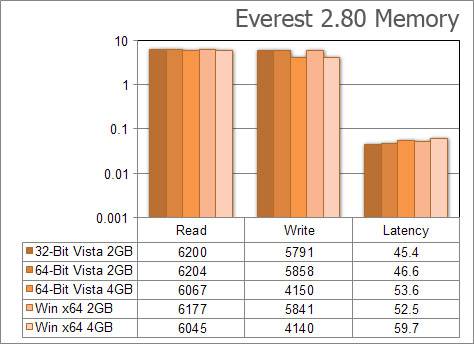 As was really expected, Windows XP has slightly better read and writes over Vista. They are so minor however, that it wouldn’t be a deciding factor in choosing your OS. What would be the deciding factor? Games!